Ardzhil Turner: Chemical attack in Syria - the shameful failure of the special services of the United States and Britain

August 31 2013
35
The United States and Great Britain regard the world community as idiots who do not remember history. The governments of these countries are screaming "Hold the thief!", Accusing Syrian President Bashar Assad of using chemical weaponswhich they themselves transported and applied in Damascus. 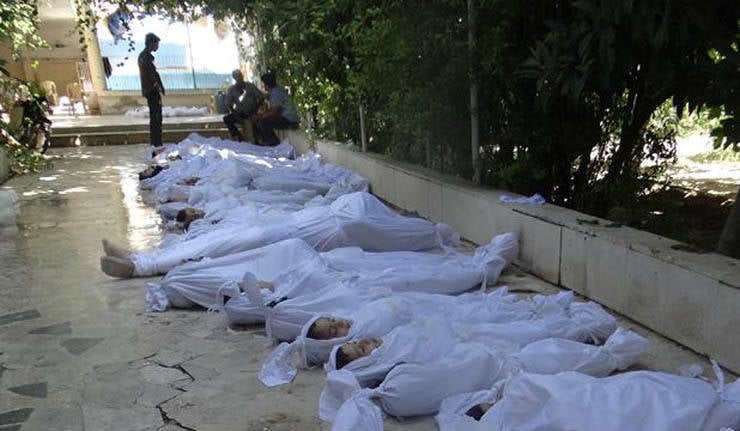 Honest Americans, who represent the majority of the population of the United States, are well aware that the history of the wars that their country has waged is inextricably linked with provocations.

The ongoing occupation of Texas and California was organized by the then US government through provocations in these, then Mexican territories.

In March, 1846, the US Army commanded by General Taylor, crossing the Texas border, erected Fort Brown in the Mexican territory of Texas and accused Mexico of aggression. A message to Congress from 11 in May 1846 of the year said that Mexico "invaded our territory and shed American blood on American soil." Thus, this provocation was the first, but not the last, “casus belli” to start a war in US history.

The reason for the Spanish-American war 1898 of the year, as a result of which Spain lost the status of one of the world powers, was the explosion of the American cruiser "Maine", who was on a visit to the Spanish island of Cuba. The tragedy happened 15 February 1898, 266 crew members died. Although the cause of the explosion was never established (the Spanish and American commissions that conducted parallel investigations differed in determining why the explosion occurred, but neither of them could identify the perpetrators), the US accused the Spanish side of deliberate sabotage.

Some stories link the killing of the Austrian-Hungarian throne, Archduke Franz-Ferdinand in June 1914, by the Serbian student Gavrilo Princip, which served as a pretext for the outbreak of the First World War, to the activities of the United States secret services, who were so keen to promote the outbreak of hostilities.

The United States and Great Britain helped Adolf Hitler in every possible way in his coming to power and the revival of the German military industry and the army. The 1 September 1939 attack on Poland began with a provocation in true American style, crudely designed and also crudely executed, by the Germans attacking their own radio station in the city of Gleivets. Hitler was a good student of the Americans.

The war in Korea, the war in Vietnam, numerous local wars of the second half of the 20 century always began with American provocations followed by the accusation of a country undergoing aggression, "non-observance of human rights", "lack of democracy", "massacre of civilians", etc. d. So it was in Iraq, Yugoslavia, Libya, Afghanistan. Now in line is Syria.

Moreover, the terrorist attacks of 11 of September of 2011, the overwhelming majority of Americans consider the operation of their own special services. The people of the United States, where are your ideals of freedom and democracy? The Statue of Liberty has long become a symbol of aggression and the blood of innocent victims.

In Syria, the Americans did not bother to invent something new: they simply transferred chemical weapons from Turkey to Damascus, and with the help of international terrorists prepared their use. However, this is another shameful action for the United States, was broken by the Syrian troops of Bashar al-Assad.

Apparently, someone in the United States decided that in the case of Syria, simply shaking a UN test tube with some white powder, as Colin Powell did, accusing Iraq of producing non-existent chemical weapons, would be little ... And for complete credibility organized the crime.

It is indicative that sources in intelligence agencies of countries with modern space reconnaissance systems refuse to comment on this fact, which serves as indirect evidence that the operation to transfer chemical weapons from Turkey to Syria did take place. Just the Americans, intoxicated by the mania of their world domination, did not even care how to ensure the secrecy of this operation.

And on the Turkish sites (http://www.turkish-media.com/; http://www.dunyabulteni.net/?aType=haber&ArticleID=272317) and others have information that could shift the government in any country that can still call itself democratic ...

On August 23 20 trucks passed through the territory of the southern region of Turkey, Kathin, each accompanied by the Turkish military, including security officers of Turkey. After crossing the border in the city of Idlib, militants of the Jabat-en-Nusra group met a convoy in Syria. According to one of the Turkish border guards, chemical weapons were transported in three trucks. What was in the rest of the car, the border guard does not know. Cargo did not pass border control.

Of course, the world community would very much like to hear comments on this issue from US President Obama, British Prime Minister Cameron, and Turkish Prime Minister Herodogan. But it can be said with complete confidence that they will completely deny their participation in this disgraceful incident. First, not wanting to lose your face. Secondly, because they never recognize the lowest competence and complete lack of professionalism of their special services.

While Syrian troops everywhere win victories and destroy international terrorists throughout the country, Bashar Asad gives the command to use chemical weapons in the capital Damascus (?!)
The use of a prohibited type of weapon would be advisable when the Syrian government forces almost suffered a complete defeat ... And so you have to assume that Bashar Asad, having almost won, suddenly decided ... to organize his own defeat!

Whose dull head could have come up with an idea of ​​such a crude provocation? From what madhouse did the ideological inspirer and organizer of this idiocy squared run away? And why does he (or they) consider the whole world to be such idiots?

And why, after the terrorists declared the alleged "use of chemical weapons by the Syrian troops," did the United States, Great Britain, France, and some other countries immediately "believe" them? Their leaders immediately accused Assad, even without evidence on their hands?

And they began to demand armed intervention in the Syrian conflict, which they provoked and still lead by the so-called “Syrian rebels”, who are in fact international Islamic terrorists, Western mercenaries and instructors of special forces of the same states ...
Is it because they were confident of the success of this stupid provocation, they themselves authorized its conduct and knew about it in advance?

All this is so sewn with white threads that it would simply be ridiculous if such actions of countries claiming the high title of “democratic powers” ​​were not caused by the death, injury, tears of millions of Syrians.

The peoples of the United States, Great Britain and other Western countries should strive to conduct a full and objective investigation of this provocation, and the role of their governments in its organization.

The UN should not investigate the mythical guilt of Assad, but the fact of the transfer of chemical weapons from Turkey to Syria. Where was the sarin produced, who and how was it transported to Damascus, equipped storage spaces?

If this is not done, the UN threatens to repeat the sad history of the League of Nations, and the world expects a fate to survive the horrors of World War III.

Ctrl Enter
Noticed oshЫbku Highlight text and press. Ctrl + Enter
We are
Results of the week. “We will define your disgraceful ailment as a feat: we will send to the paratroopers. There you also will start shit "Syria: Americans scare themselves, and Asma Asad buys chairs
Military Reviewin Yandex News
Military Reviewin Google News
35 comments
Information
Dear reader, to leave comments on the publication, you must sign in.