Something happened to the carburetor! 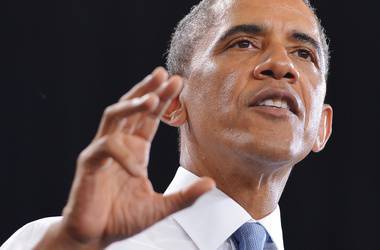 Greetings to all categorically! Something like this was said by one of the literary heroes, and I like this wording.


For some time I did not have the opportunity to spend so much time on the “computer” as to be able to write at least one comment, not to mention an article or publication. And tonight, such an opportunity appeared and - could not resist the wave News around the situation around Syria, I decided to express some of my thoughts.

The words in the title of this publication are the words of one of the heroes of the American play of the end of the 70-s of the last century. In the course of the play, a poor American, whose daughter began to arrogantly arrogant, cynical and young millionaire, who does not conceal his passions from the father that he needs a girl only for bodily pleasures and who considers that a fat wallet excludes the concept of spiritual purity, decency and the agony of the ruined girl heart, plans to kill the scoundrel with the help of his equally old and harmless in life, like the hero himself, comrade. To this end, they lured a rich scum into the boat for “talks” about the fate of a girl who had gone too far in his omnipotence and during the conversation, by reciting the conditional phrase “Something happened to the carburetor!”, A friend of our elderly hero had to stun the millionaire on the skull by mounting . But since neither the father of the offended girl himself, nor his comrade had ever dealt with such matters, the rehearsed script began to fail and after the wary and tense phrase “Something happened to the carburetor!”, The comrade froze behind the back of a young and rich scoundrel raised mount, not daring to lower it on the head of a millionaire. The girl's father, as if hypnotized, repeated the agreed words, and the mount did not cut off the head of the intended victim, and this lasted until the millionaire, turning around, seeing and understanding the plan, both old men did not drop them from the boat into the water, where they were safely and "Sunk."

In all this tragicomic situation, I would like to single out only that, in a seemingly pre-rehearsed situation, reality made its own corrections, and the “program” began to fail.

This is a preface. And now how this situation has become stratified (in my opinion) on the situation around the long-suffering Syria.

The states and their European, as well as those who have recently joined the “friendly choir” of the monarchies of the bay. It would seem that the passing situation to eliminate the unwanted Assad regime should not have encountered any special obstacles - according to such schemes, intervention was carried out in the affairs of all the countries of the Middle East, starting from Tunisia, and everything was OK. And there were worried reports about the violence of authorities over citizens of the countries, and governments were created in exile or simply opposition (of course, progressive!) Forces, concerned about the struggle for a brighter future, and full support was given to all these forces by the most compassionate and progressive countries of Europe, led by a guarantor World Peace - USA. Everything worked, everything went as it should and brought the expected results. Until they tripped over Syria. This is where the system began to fail. The fact that the world’s grandees for Syria have embarked on the grandees of world politics - Russia and China, is already common news. But the fact that their position got somewhere silent, somewhere restrained, and somewhere explicit and cautious support of some other countries, these were the first sobs of the coalition "engine of progress" led by the United States.

Further more. Over time, the voices of Russia and China were already more and more loudly and boldly joined by the voices of some other countries - not members of the Councils of the UN without the UN but something meaningful and forcing them to listen to their opinions. Disagreements began in the camp of the most seemingly loyal staff vassals — either Germany would come up with “non-constructive” initiatives, or Italy would begin to slip.

But, remarkably, the information war has ceased to be a one-gate game! During all this pre-today's, before the military situation near the borders of Syria, all the so-called hawks were forced not only to attack, but also to defend. And today's news releases of foreign TV channels, in general, showed a complete discrepancy in public opinion between Europeans and Americans. And the fact that people with placards in support of Syria took to the streets of European cities means that with the slightest mistake during the outbreak of hostilities, with the appearance of the first coffins with the bodies of European and state warriors, this opinion will receive powerful replenishment from the passive yet passive inhabitant . That's when the situation will pull on some deja vu. Thousands and desperate manifestations of the times of the Vietnam War will be immediately remembered.

And such a situation is quite likely. Syria’s air defenses, although not able to contend with the NATO colossus in full measure, may well present unpleasant surprises. And the morale and acquired hardening of two difficult war years cannot be discounted. And the morale of the civilian population is admirable. As one of the residents of Damascus said in an interview - “We have been fighting for two years. What new things will the Americans and NATO present? We will defend ... "

So - "Something happened to the carburetor" and the debugged engine of global American politics begins to sneeze. And with unfavorable developments for NATO countries and their podgavkivayuschih, it may even stall.

If you think about it, with these words, Asad makes it clear to our leadership that, by helping Syria, Russia is upholding its long-range borders. And we should not rush to interpret these words as a reason for our President to wash his hands and sit in the corner while the ally is under pressure. Our President understands this very well and does exactly as much in this situation as necessary. And those crying cries about the merging of Syria by Russia, about the treachery of Syria and appeals to make war, as a rule, these are the words of those who either do not know what war is or those who know perfectly well that he will not go there.

As it was repeatedly said before and, as sounded in one of today's article.

On the Internet, where Prince Bandar’s visit to Putin was touched with generous gifts for Putin changing his position on Syria and which Putin refused.
/ Why Putin refused such a good bargain to us. Putin really does not sell friends, he is not Kozyrev /

All the best and peaceful sky over your head.