August 30 2013
16
22 on August at the Yasny missile base (Orenburg Region) the next launch of the Dnepr carrier rocket took place. The launch was aimed at launching the South Korean satellite KompSat-5 into orbit. This spacecraft will carry out remote sensing of the Earth and collect the information necessary for science. However, this launch was useful not only for South Korean scientists, but also for the Russian strategic missile forces and industry. 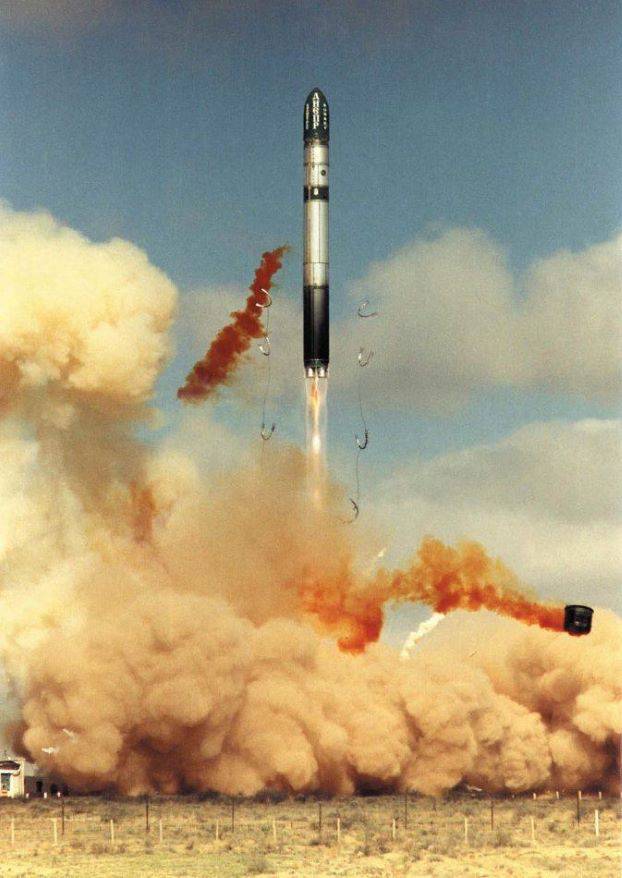 The fact is that the Dnepr launch vehicle is a slightly modified intercontinental ballistic missile (ICBM) of the Р-36М family. These munitions are also known under the names PC-20 (used in several international treaties regarding strategic weapons) and SS-18 Satan (NATO code). The P-36M missiles can be considered the most powerful component of Russian strategic nuclear forces. Each of the fifty rockets in service is capable of delivering ten warheads with 800 kiloton capacity to targets. Thanks to this, the P-36M ICBMs can effectively fulfill the tasks of nuclear deterrence.

With all the advantages of the P-36M family of missiles, their use has several ambiguous features. Production of these missiles ceased after the collapse of the Soviet Union. The division of the country put an end to the cooperation of the mass of enterprises scattered throughout its territory. Because of this, the Russian Strategic Missile Forces had to operate only those missiles that were produced before the collapse of the USSR. In addition, over time, another serious problem emerged. Warranty period for missiles made a few years ago began to come to an end. With the help of a number of works and control launches, it was possible to gradually increase the warranty period of the ICBMs of the P-36M family. By now, this parameter has been brought to the 31 year.

Given the timing of production of rockets of a particular model of the P-36M family, it is easy to calculate that they will be removed from combat duty in the early twenties. Thus, on the agenda of the day there is the question of disposal of the ammunition removed from duty. Before cutting steel structures directly, it is necessary to drain and recycle the aggressive fuel and oxidizer, and cutting the missiles itself is a complex technological task. As a result, the removal of the rocket from duty turns into a mass of additional costs. Our country has already faced similar problems, fulfilling the conditions of some international treaties.

Back in the early nineties, there was a proposal not to cut the decommissioned missiles, but to use them for peaceful purposes. The result of this proposal was the emergence of the international space company Kosmotras, organized by the space agencies of Russia and Ukraine. Later, Kazakhstan joined them. The space industry experts of the three countries have created a project to refine the intercontinental ballistic missiles into launch vehicles. The project was named "Dnepr". Later, the project was updated to improve the performance of the launch vehicle. This project was named Dnepr-M.

The first launch of the R-36M converted ICBM with a satellite instead of combat units took place on 21 on April 1999 of the year at the Baikonur cosmodrome. After that, Kosmotras conducted another 17 launches, only one of which (July 26 2006) was unsuccessful. An interesting feature of the Dnepr launch vehicle is the possibility of a so-called. cluster starts. This means that the rocket carries several relatively small spacecraft. So, during the only emergency launch, the rocket had a payload in the form of 18 satellites for various purposes. During successful launches, the Dnepr rocket twice launched eight vehicles into orbit (29 June 2004 and 17 August 2011).

The cost of launching one Dnepr launch vehicle is within 30-32 of millions of American dollars. At the same time, the payload, including the installation systems of the devices being put into orbit, is equal to 3700 kilograms. Thus, the cost of output per kilogram of cargo is noticeably less than that of other existing launch vehicles. This fact attracts customers, but a relatively small payload imposes corresponding restrictions. Dnepr or P-36М with a starting weight of about 210 tons is heavy only in terms of the classification of ballistic missiles. Booster rockets with such characteristics fall into the category of lungs.

It is worth noting that the idea of ​​using intercontinental ballistic missiles to launch spacecraft was not new even in the early nineties. Prerequisites for such use of strategic ammunition appeared in the late sixties, when the Cyclone booster was created based on the R-36orb rocket project. In 1975, the first model of the Cyclone rocket was put into service. The updated versions of the Cyclone are still used to launch various spacecraft. 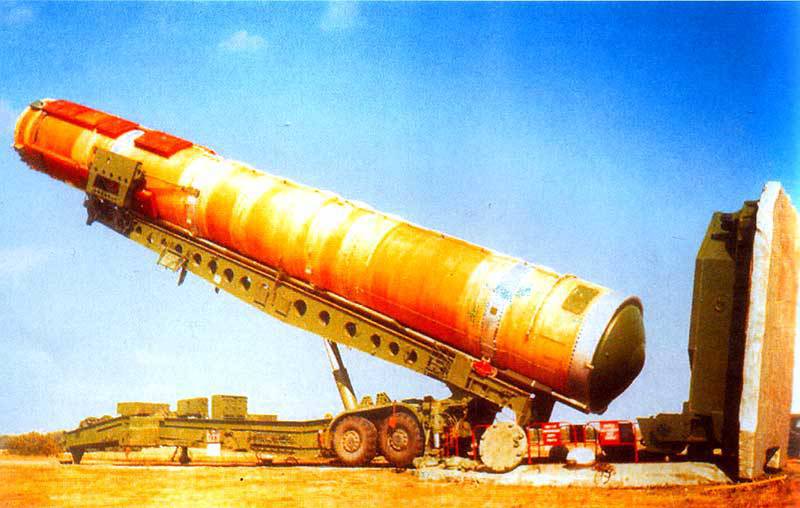 In the late eighties on the basis of the ICBM UR-100N UTTH, a new rocket carrier rocket was created. With a starting weight of less than 110 tons, this rocket, using the upper stage “Breeze-KS”, can put a kilogram of payload into low reference orbit up to 2300. From 1990 to 2013, X-NUMX Rokot launches were made, only one of which ended in an accident (October 19 of 8).

In March, the first rocket, launched on the basis of the Topol complex, was launched from the Plesetsk cosmodrome. This solid propellant booster is maximally unified with strategic ammunition, and not only in components and systems. The launch of the "Start" is made from a mobile soil launcher, also borrowed from the complex "Topol". "Start" has the most modest weight parameters. With its own launch mass of less than 1993-48 tons, this booster takes into a low reference orbit no more than 50-400 kg of payload. 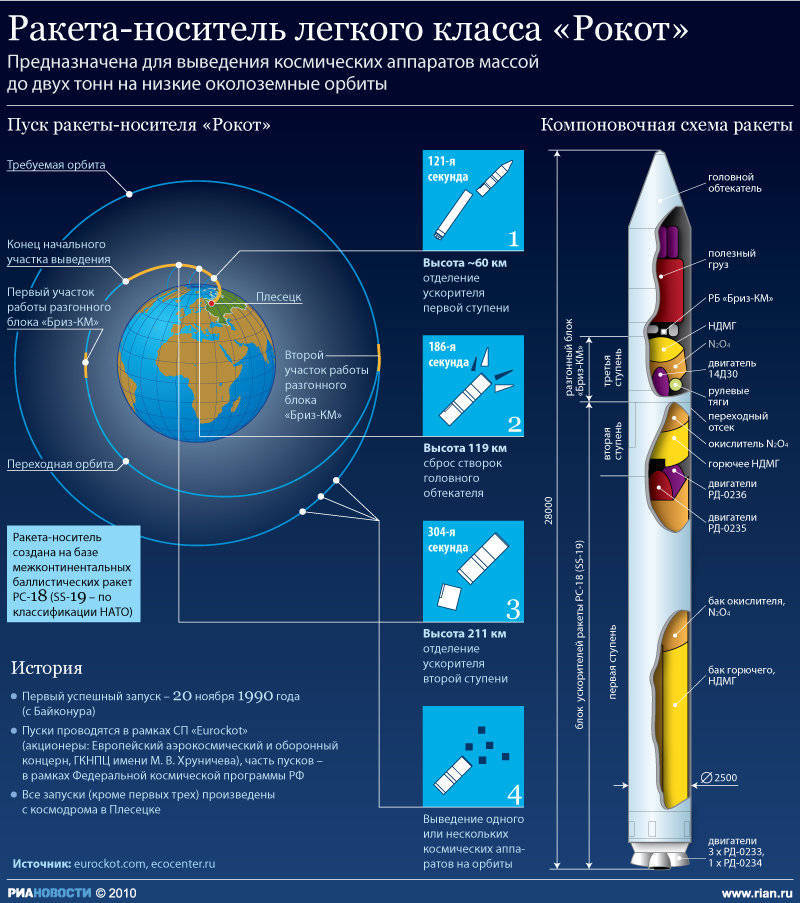 In 2003, a trial launch of the Strela launch vehicle took place, the basis for which was again the ICBM UR-100N UTTH. The characteristics of the Arrow are markedly different from the capabilities of the Rokot. With a slightly smaller (about 105 tons) starting weight, the new carrier has a payload of no more than 1,7 tons. It is probably because of such low characteristics that the Strela rocket was launched only twice, in 2003 and 2013.

Of all the available launch vehicles created on the basis of the ICBMs, it is at the present time that the most actively used are the Dnipro. However, with all the advantages available, these missiles will be used in the near future with limited use. The reason for this is the relatively small number of available ICBMs of the P-36M family and the terms of their service at the end. Thus, over the next 8-10 years no more than two or three dozen launches can be made using Dnepr missiles. As for the alternative uses of intercontinental ballistic missiles for launching spacecraft, the Rokot carrier is currently the most promising. In the missile units, there still remains a sufficiently large number of UR-100H UTTH missiles with expiring warranty periods. Other projects, such as Start, are still irrelevant due to the remaining service life of the Topol base missiles.

Regardless of the number of remaining ICBMs of a particular model and the available stock of the useful life, the chosen method of "disposal" looks interesting and promising. The conversion of a ballistic missile into a launch vehicle saves a significant amount of fuel utilization and cutting of the ammunition itself. In addition, a commercial approach to launching spacecraft leads to a full payback of the project and even some benefits. Thus, we managed to find the most profitable way to dispose of rockets, and in the future it is better to reduce the rate of rockets cutting into scrap metal, using old ammunition as a means of delivering spacecraft to orbit. 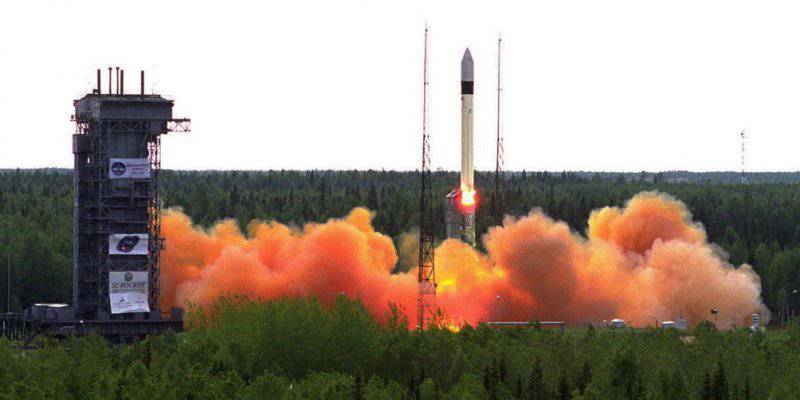 Start RN "Rokot". The moment of launch of the carrier rocket from TPK