US Navy completed acceptance tests of the next coastal zone warship 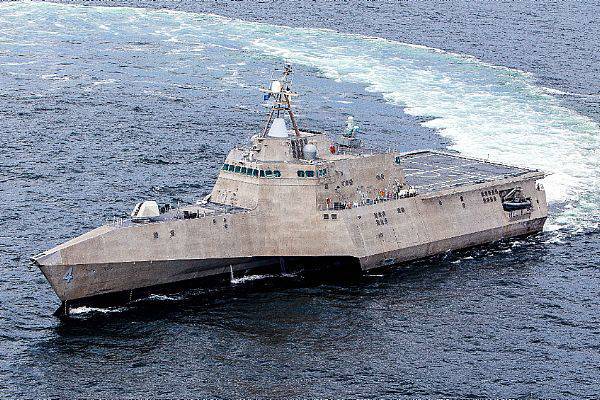 On August 23, the US Navy completed the acceptance tests of the USS Coronado coastal zone combat ship (LCS 4), ASDNews reports. Putting him in combat fleet scheduled for late September.


Comprehensive tests of the power plant, ship control system and auxiliary systems were carried out. During the tests, the ship brought the power plant to full power (continuous operation for four hours), self-defense systems from surface and air adversaries were checked, "high maneuverability" was demonstrated during sharp turns and speeds exceeding 40 nodes were achieved. Construction and testing of the ship were based on the experience of its predecessor - USS Independence (LCS 2).

The coastal warships LCS are designed for operations in the coastal waters of the enemy, where submarines, mines and small boats pose a great danger. To counter the threats of various kinds of ships developed by the innovative concept of the Navy, which includes a modular replacement sets of equipment and weapons.

Ctrl Enter
Noticed oshЫbku Highlight text and press. Ctrl + Enter
We are
US Navy conducted a mine test of the USS "Jackson" warshipFuture King of the Coastal Zone
Military Reviewin Yandex News
Military Reviewin Google News
8 comments
Information
Dear reader, to leave comments on the publication, you must to register.