The example of Georgia shows the futility of Ukraine’s European integration - V. Medvedchuk 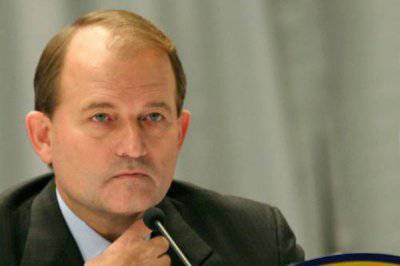 According to Victor Medvedchuk, leader of the Public Movement "Ukrainian Choice", the example of Georgia’s ten-year European integration shows how much the sacrifices made by this country at the request of the EU are unjustified, since the old conditions have been replaced by new ones, and Georgia has not become a European Union member. The politician wrote about this in his blog, reports UNN.


“Even the most convinced supporters of the European vector of integration recognize that Ukraine’s path to the European Union will not be cloudless, certain sacrifices will be required. But then we seem to fully pay off all our efforts. It remains only to sign a number of contracts, to fulfill certain requirements in the field of government, to abandon an independent economic strategy and - voila! - we are becoming full members of the European community.

In theory, it sounds quite logical. But this theory suggests that European requirements are clear, predictable and doable in principle. In this sense, for us, the experience of Georgia’s pro-Western policy may be interesting, which began attempts at Europeanization much earlier than we were and have already achieved some success.

For ten years, Georgia has unconditionally submitted to the recommendations of the EU and the USA. Naturally, for this it was necessary to change the orientation of the Georgian economy in the most radical way. The Russian market was sacrificed to politics. The Georgian army, prepared by American instructors, essentially provoked a war with Russia in August 2008. It is difficult to say unequivocally what they expected, but how it ended for Georgia is well known. The country has created ideal conditions for foreign investors, the European business has privatized the best assets. And what is the result?

During this time, circumstances have changed. This, it turns out, is no longer enough for European integration. What do you think the inhabitants of the Caucasian republic should do now? Naturally, protect the rights of gay and all other sexual minorities. Let me remind you that their last attempt to hold a parade in Tbilisi ended with a completely politically incorrect behavior of Georgian citizens. Even the big local police forces could not save the local representatives of alternative sexual orientations from the wrath of the crowd, many were beaten and stoned. This caused a flurry of indignation in the European press, which, despite all the loyalty of Georgians to the pro-Western foreign policy, began to scourge a small Caucasian country in every way. Much has been said about the “savagery of Georgians,” but the Orthodox Church is, of course, the main culprit. According to Europe, Georgia is overly committed to its traditional values.

If you look at it, then the claims of the European side look utterly absurd. Is it possible to demand from Georgian politicians to protect and support gays and at the same time expect the country to observe so-called? European standards of democracy? Of course no. Any power that will take on the imposition of values ​​that do not share the majority of Georgians, is doomed to political death. Imposing gay freedom in Georgia is possible only by suppressing the opposition with the most anti-democratic methods. Similarly, pressure will have to be put on the church, which in itself contradicts the European principles of freedom of conscience. Thus, despite all the sacrifices suffered, the Georgians in the new Europe remain the same outcasts as they were ten years ago. As is known, today Georgia gradually comes to life after a decade of “democratization according to Saakashvili”, and the consequences of the imposition of “European standards” will affect the whole country for a long time. It is symbolic that in honor of the end of this marasmus they are even going to rename the Rose Revolution Square in Tbilisi.

Is Ukraine going to repeat this path? And what price can pay? And for what? We are in a similar position. Ukraine can achieve a visa regime with Russia, the extermination of the national producer and constantly increase the national debt. It is even easier to pass the laws that the EU requires of us in the matter of public administration. You can even balance gay rights with traditional families. But all this will take some time, and the requirements of Europe will change again. Again, we will violate someone's rights, again, Ukraine will be too far from any of the following standards. And even the most flexible position of the authorities does not help here, "wrote V. Medvedchuk.

Ctrl Enter
Noticed oshЫbku Highlight text and press. Ctrl + Enter
We are
About Stalin and KhrushchevNikolay Silaev, Andrei Sushentsov: Georgia after the elections and prospects for Russian-Georgian relations
Military Reviewin Yandex News
Military Reviewin Google News
26 comments
Information
Dear reader, to leave comments on the publication, you must to register.