Pavel Svyatenkov: Kiev has approached the line beyond which there is no return 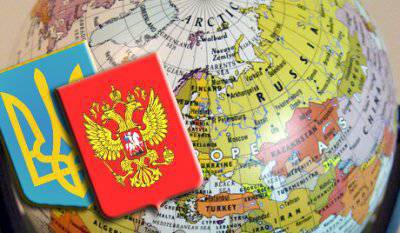 If Ukraine becomes an associate member of the European Union, Moscow will not agree to any format of Kiev’s participation in the Customs Union: consent would mean a weakening of Russia's position in the post-Soviet space. But Russia sees an inadequate integration project without Ukraine, so until recently the political scientist Pavel Sviatenkov will fight for the participation of the fraternal republic in Eurasian integration.


28 August in Brussels, an extraordinary meeting of the Committee on Foreign Affairs of the European Parliament was held, where they discussed Russia's trade policy towards Ukraine. On the Ukrainian side, opposition politicians, a deputy of the Verkhovna Rada, a possible presidential candidate of Ukraine, Vitali Klitschko, as well as one of the leaders of the united opposition Batkivshchyna, Arseniy Yatsenyuk, took part in the discussion.

What kind of Russian-Ukrainian relations will be if Ukraine signs an association agreement with the European Union, political scientist Pavel Svyatenkov told Voice of Russia.

- What do you think, how much more will Kiev chase after two hares and what will it end up with?

“I think that, of course, he will not have to chase two hares for a long time, because the Russian authorities have already warned Ukrainians that if there is an association agreement with the EU, there can be no talk of any benefits in relations with the Russian Federation. So, most likely, the Ukrainians have almost come close to the line beyond which there is no return.

- That is, it should be understood that they have made a choice in favor of the Western vector of development? In November, an association document with the EU is expected to be signed. This is true?

- I think yes. At the moment, Ukraine has made a choice in favor of the West. And, in general, Russia's attempts to still include Ukraine into the Customs Union have not yet yielded results.

- This is tacking. Here the question is not only economic, but also geopolitical. Russia can be a strong state and dominate the post-Soviet space only in alliance with Ukraine. The West understands this very well and is making every effort to cut Ukraine off from Russia.

And the Ukrainian authorities are between two fires. On the one hand, they want to go to Europe, because it strengthens the flimsy Ukrainian statehood, which until now cannot be called viable. On the other hand, they understand that breaking economic ties with Russia will cause very great damage to the Ukrainian economy, which can be irreparable, because the West often promises a lot, but does not always give a lot.

Therefore, the Ukrainian authorities between the two fires, but still at the moment are moving towards Europe.

- When the choice is between the European Union and the Customs Union, it is clear that Ukraine is looking for certain benefits for itself. Where would Kiev be more comfortable, more comfortable, where should it enter in order to get real benefits?

Now, in general, this situation is repeated. Without Ukraine, the Customs Union of Russia, Belarus and Kazakhstan will be inferior, will be too small to have a serious impact even in the post-Soviet space. Therefore, Russia is making every effort to still include Ukraine in the Customs Union.

- And will the Ukrainian industry, in general, the economic sector of the republic be bent if there is integration with the European Union? There are concerns that Ukrainian manufacturers simply will not stand competition with European ones.

- Most likely, it will be so. But then there is still hope that the Europeans will bring with them the European legal system, the European rules of the game, and this will strengthen the growth of the Ukrainian economy in some medium and long term.

Now Ukraine, of course, is a fairly weak state entity, which in the event of a crisis may even collapse. Therefore, Ukrainian elites are trying to rely on the West even, perhaps, at the price of their own economy.

- In the 2015, Ukraine will have a presidential election. Do you think the final point in the choice between the European Union and the Customs Union will be set before the vote or after all?

- I think that, of course, most likely, it will be delivered before the vote. Yes, of course, Yanukovych came to power under the slogans of friendship with Russia, this rhetoric was actively used. But in the same way, one of Yanukovich’s predecessors, Leonid Kuchma, actively used this rhetoric, but at the same time the real policy was completely different.

There is no need to be deceived. From the fact that, at the level of rhetoric, Yanukovych represents himself as a man advocating friendship with Russia, it does not follow that he will be friends with the Russian Federation in practice.

- If Ukraine chooses an association with the European Union, does this mean that the doors of the Customs Union will be permanently closed for it?

- I think that most likely this will happen. If Russia gives weakness in this matter, and Ukraine, having gone into association with the European Union, will simultaneously receive benefits in relations with the Customs Union, this will mean that Moscow does not control anything in the post-Soviet space, that Russia's positions are very weak, that you can play against it and to receive at the same time benefits largely due to the Russian Federation.

I think that if Ukrainians really go into association with the EU, Moscow will be forced to take some tough measures, primarily from a political point of view.

- For example, what measures?

- Most likely, the Russian side is now hinting that there will be a tougher attitude towards Ukrainian goods, because Russia is afraid of cheap exports from the countries of the European Union.

In addition, Russia argues that then all the negotiations on economic issues related to Ukraine should be conducted with Brussels, and not with Kiev, because Kiev already transfers sovereignty to Brussels.

In general, Russia threatens to tighten trade policy. Most likely, this tightening is justified, because Ukraine wants to have benefits, but does not want to assume any obligations.

“If Ukraine enters into association with the European Union, will Kiev not become a hostage and some kind of puppet in the hands of Brussels officials?”

- Of course, most likely it will be so. Practice shows that small EU countries, not as strong as Germany, France or Britain, are subjected to very tough pressure from the European Commission. Although Ukraine will not become a member of the European Union, but will only be in association with it, most likely, Brussels will have a tough influence on the policy of Kiev, as soon as Kiev signs under the association.