In the US, drone operators have ended

August 29 2013
12
Contrary to their name, modern unmanned aerial vehicles still need to be serviced by “pilots”. Only control over them is carried out not from their cabin, but at a distance in a special room with the help of screens, keyboards and joysticks. Modern UAVs are largely dependent on the work of the operator, who plays a very large role in their use. It is no secret that today the most active user of unmanned aerial vehicles is the United States. Not so long ago, another problem was added to the ethical problem of using UAV drums, which causes a lot of controversy among experts at all levels in the USA - the lack of qualified operators.


According to information from American and European media, this shortage is quite acute. The United States is already short of land-based drone (drones) operators at their disposal. In the US Air Force, there was a shortage of volunteers who would like to become operators of military UAVs. According to the study, there were too few people willing to control the drones due to the lack of prospects for promotion and promotion. There are a reasonable explanation for the problems with the number of highly skilled operators. It is also connected with the growing use of various UAVs in the country. In 1300, the number of UAV operators in the United States reached 2012 people or almost 1300% of the total number of pilots, for comparison, in 8,5, this proportion was only 2008%.

According to the article by Colonel Bradley Hoagland, which was published on the website of the Brookings Institution research center, according to plans in 2012, the Pentagon needed 1129 regular pilots and 150 more “drone” operators, but according to the article, only 123 people who were able to control the UAV. In early 2013, the situation with personnel for drones only worsened: contrary to the hopes of the command, only 12 people expressed a desire to enroll in a 3,5-month training course for UAV operators on aviation Randolph base in Texas. And this despite the fact that this course was designed for 40 people. According to The Defense News, the shortage of drone operators could be a significant hindrance to the planned expansion in the US fleet UAV. Currently, the U.S. Air Force is armed with 152 Predator (MQ-1) multipurpose drones, another 96 Reaper strike drones (MQ-9), as well as 23 Global Hawk strategic reconnaissance drones (RQ-4). 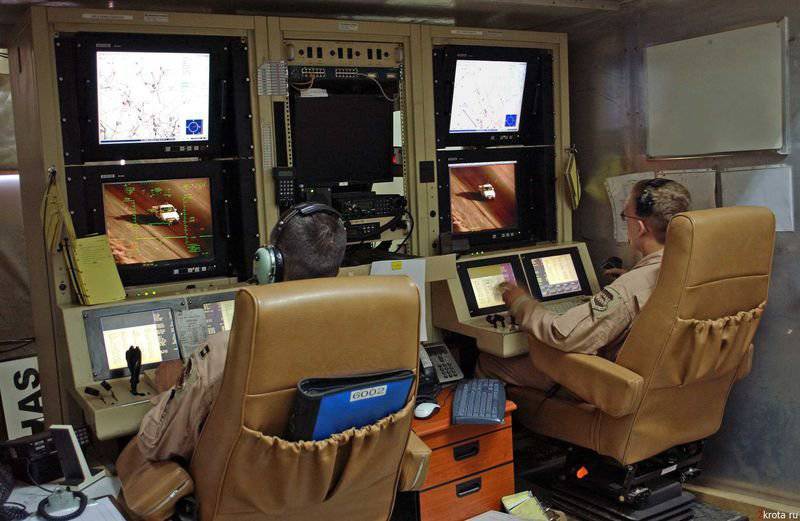 It also turned out that the USAF are themselves the source of the problem, scaring off those who want to become drones operators. According to Hoagland, the United States Air Force believes that UAV operators do not deserve the same level of remuneration as ordinary military pilots, and therefore they are less likely to be promoted and promoted. It is noted that the drone operators are promoted to the rank of major by 13% less than their first-year pilots at the end of the flight schools. In addition, Hoagland pointed to a clear, in his view, injustice: unmanned aircraft operators very rarely receive medals and orders of the Air Force, citing the fact that drones operators do not risk their lives. Driving a UAV, they sit on a military base in Nevada, located thousands of kilometers from the place of real hostilities.

So in February of this year, many media outlets in the US sufficiently covered the scandal with the advent of the new award, “For Difference in Combat Operations,” which should have been awarded to military personnel — drone operators and cyber officers. This medal was introduced by former Defense Minister Leon Panetta. But the new US Secretary of Defense, Chuck Hagel, who replaced Panetta in this post, was immediately canceled this award even before it began to be presented. The reason for this decision was that many veteran organizations in the United States considered the appearance of such an award to be their personal insult, since it had the same rank as, for example, the USAF medal For Difference - the general's award, while it was planned to hand it over to who "basked in easy chairs in Nevada" instead of risking his own life on the front lines.

At the same time, Bradley Hoagland also refers to the opinion of military observer Peter Singer, who notes that it was the painstaking work of the reconnaissance drone operators that helped the US track down and destroy terrorist XXUMX Osama bin Laden, so they deserve the usual all-arms awards. According to Bradley Hoagland, in order to solve the problem of the shortage of drones operators, they need to be sent for promotion no less than ordinary pilots and, due to the nature of their military service, after the end of their career in the Air Force, to guarantee them employment. 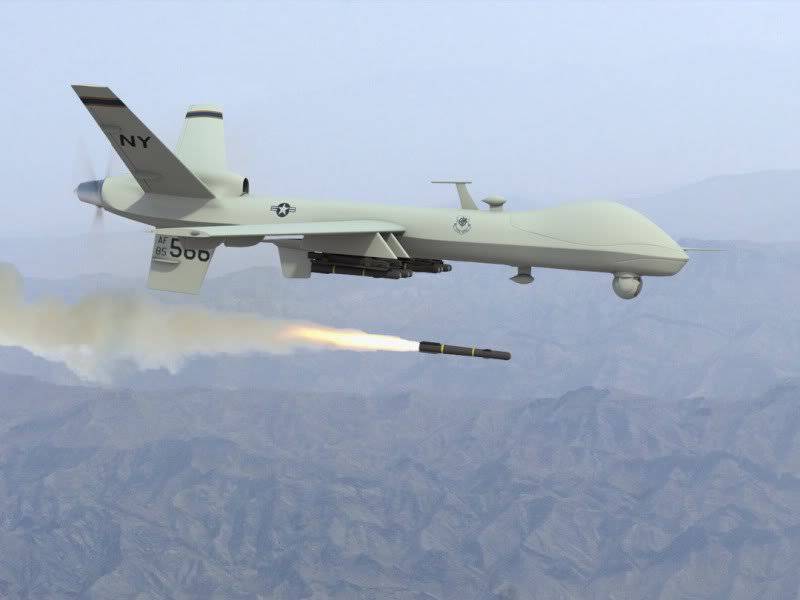 It is also necessary to note that moment that today the US Air Force is far from being the only UAV operator among all American law enforcement agencies. For example, the MQ-1 multi-purpose drone is in service with the National Guard, the CIA, the border service, and the reserve command of the Air Force. A large number of own UAVs are available in the arsenal of the US Navy (this is especially true for sea-based UAVs) and ground forces. At the same time, it was the drones controlled by the CIA that carried out the most scandalous operations over the territory of Afghanistan, Yemen and Pakistan, which were often accompanied by casualties among civilians.

Experts identify 4 main problems of lack of volunteers who need to learn from drones operators. Firstly, all ambitious professional pilots are not enthusiastic about the shameful in their opinion of the career of the drone operator, and beginners still need to be trained. At the same time, the budget of the US military, as is known, was significantly reduced due to the huge public debt. Secondly, not every person will be able to spend a large number of hours at the monitor screen, often performing quite dirty, monotonous and at the same time capable of delivering a large amount of trouble. In this case, it is appropriate to talk about psychological trauma: the veteran pilots of drones who go on mission, see all the consequences of their own work close-ups, and this is not enough for them. By the way, ordinary aviation pilots do not see the consequences of their strikes "live".

Thirdly, UAV operators have no particular career growth prospects - they simply have no place to grow above. And fourthly, the USAF has very high requirements for selected candidates, which are already few. For example, at the moment only officers can become drones operators, while necessarily with a diploma of higher education and with proper technical training. For comparison, in the ground forces, ordinary soldiers can also count on the position of a drone operator, and they also do not require a diploma of higher education. 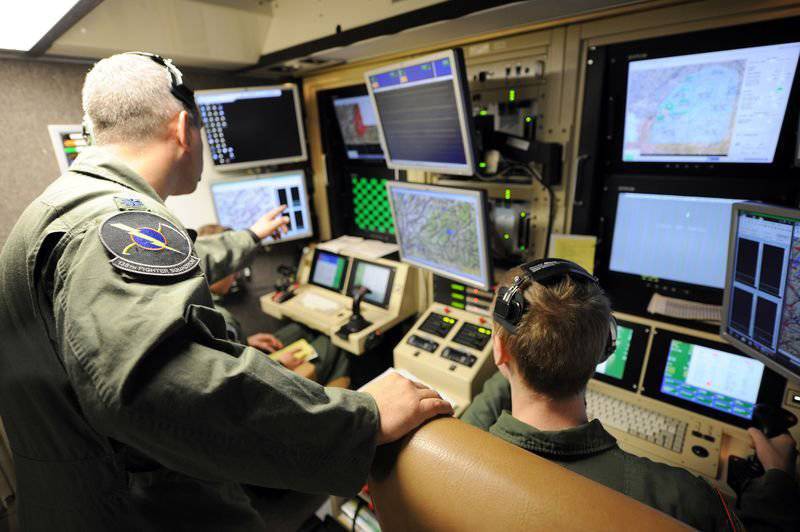 There are also more global causes for this problem. The attractiveness of military service in the United States decreases over time. According to the Pentagon, to date, only 65% of the military decide to extend their contracts for 5 years after they served 10 years under their first contract. For comparison, 20 years ago, this figure was 80%.

In addition to problems with the recruitment of drone operators, the United States also faced a shortage of skilled combat pilots. Already, the shortage of pilots is 200 people. According to The Los Angeles Times, in the event that the programs currently being implemented to increase the attractiveness of military service and increase pay do not work, the shortage of highly qualified specialists in the Air Force to the 2021 year can be reached by the 700 man.

This problem is also partly associated with drones and the growth of their fleet in the US Air Force. Since the beginning of 2000-ies, the United States Air Force began to actively develop this area. A serious increase in the fleet of UAVs led to the redirection of part of the current combat pilots to special control centers of unmanned aircraft. So over the past 10 years, 153 combat pilots have been reassigned to the MQ-1 Predator and MQ-9 Reaper drone operators. 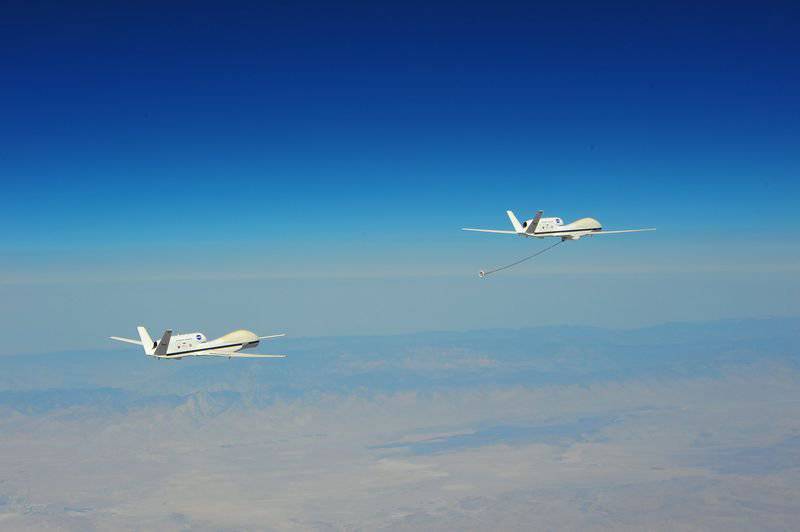 To get rid of the shortage of aces pilots, the US military has previously opened a set of volunteers, contract soldiers. Now the Pentagon expects to sign 130 pilots, applications for the contract will be accepted until September 30 of 2013. Pilots who can be tested and interviewed and will meet all the requirements of the Air Force are guaranteed a cash reward of $ 225 thousand dollars (payments on 25 thousand dollars over 9 years of service) at the conclusion of the contract.

Contracts with new volunteers The Pentagon plans to conclude for 9 years, and the amount of cash reward pilots will be determined on the basis of testing and interviews. The annual allowance, depending on the results, can range from 34,5 to 97,5 thousand dollars. And taking into account the incentive reward, contract pilots will be able to receive from 59,5 to 122,4 thousands of dollars a year.

Ctrl Enter
Noticed oshЫbku Highlight text and press. Ctrl + Enter
We are
Drone victims: how to reduce losses among the population?Turkey vs Syria: the balance of power
Military Reviewin Yandex News
Military Reviewin Google News
12 comments
Information
Dear reader, to leave comments on the publication, you must to register.