Political analyst Maxim Shevchenko: “The West wants to subjugate Syria at any cost” 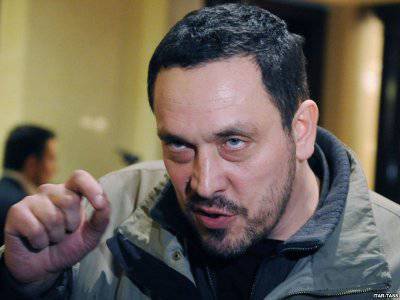 Syrian authorities provided the UN with evidence of non-involvement in himatake.


A political scientist, member of the Public Chamber of the Russian Federation Maxim Shevchenko comments.

“The West at any price wants to subjugate Syria to itself, to turn it into its colony, to destroy on its territory all the bases of support for the Palestinian resistance movement and the Hezbollah movement, which in the south of Lebanon is opposing Israeli and American expansion.

There is also a desire to take control of Syria as the most important transit country for oil pipelines from the Gulf states to the coast of the Mediterranean.

To achieve these goals, the West is ready to turn Damascus and the entire state into a heap of flaming debris.

West is ready for anything. He will be hypocritical, dodge, create provocations-for the sake of the destruction of the current Syria at any cost.

If the government of Syria falls (I stress: this is not at all predetermined, the war will be bloody, protracted and transferred to Lebanon), the defeated country will begin to divide. The question will be: who will be the beneficiaries of the victory?

Possible beneficiaries in the region are Turkey, Qatar, Saudi Arabia.

Turkey is hysterical, fearing that Saudi Arabia will take the territory of Syria with the hands of the United States and Israel.

Qatar relied on the Muslim Brotherhood, these were his allies and the forces that he financed and developed. One of the regional centers of the organization is in Qatar. However, the Muslim Brotherhood was defeated in Egypt, and in Syria they were relegated to marginal positions in politics.

Salafists who are guided by Saudi Arabia, whose interests coincide with the interests of Israel and the United States, take the first position.

BBC yesterday voiced some aspects of the conversation between Russian President Vladimir Putin and the head of Saudi Arabian intelligence service Prince Bandar bin Sultan, where he allegedly said that if Moscow surrenders Assad, the Saudis will keep terrorists who can attack the Olympic Games in Sochi. And they will include Russia in the structures of OPEC in order to cooperate with us on oil and gas with great benefits.

If you don’t surrender Assad, there will be serious problems with the Olympics, there will be support from the terrorist underground in the Caucasus and so on.
Even if all this is completely untrue, for me it is important that it was voiced by the BBC. This is a very disturbing symptom.

Why do the British voice the rumors about the proposals of the prince - the chief of Saudi intelligence?

The BBC apparently makes it clear that Britain does not agree with Syria coming under the control of the Saudis, the United States and Israel. The Muslim Brotherhood were long-time partners of Britain, their headquarters were located in London.

Obviously, the West is heterogeneous in its position on Syria. Obviously, there are disagreements between the United States and the United Kingdom over the developments in Syria after a possible strike and attempts to overthrow Assad.

These differences now prevent a strike on Syria today. Because the issue has not yet been resolved.

If tomorrow the United States, spitting on the UN Security Council, on the position of Russia and China, will still start a war against Syria - what will be the actions of Russia? We must remember what happened in Serbia, Iraq, Libya. Indeed, hostile forces are approaching the borders of our country.

Russia's position is the most important.

I believe that Russia should take a firm principled position.

It must supply the Syrian government with modern air defense systems - it is not too late. Russian military aircraft must demonstratively deliver these systems to Damascus or Tartus, and Russian specialists must place them in key strategic defense positions.

It must be done so that this becomes known.

And we will see if the West decides to strike or thinks seven times before deciding to do so.

Ctrl Enter
Noticed oshЫbku Highlight text and press. Ctrl + Enter
We are
Revealed the secret of provocation in the American BostonWho will be the next victim of destabilization in the Middle East?
Military Reviewin Yandex News
Military Reviewin Google News
21 comment
Information
Dear reader, to leave comments on the publication, you must to register.