August 29 2013
70
In the course of military supplies between Russia and Syria, the latter were delivered several dozen complexes Carapace-S1, which is able to destroy the American cruise missiles "Tomahawk". 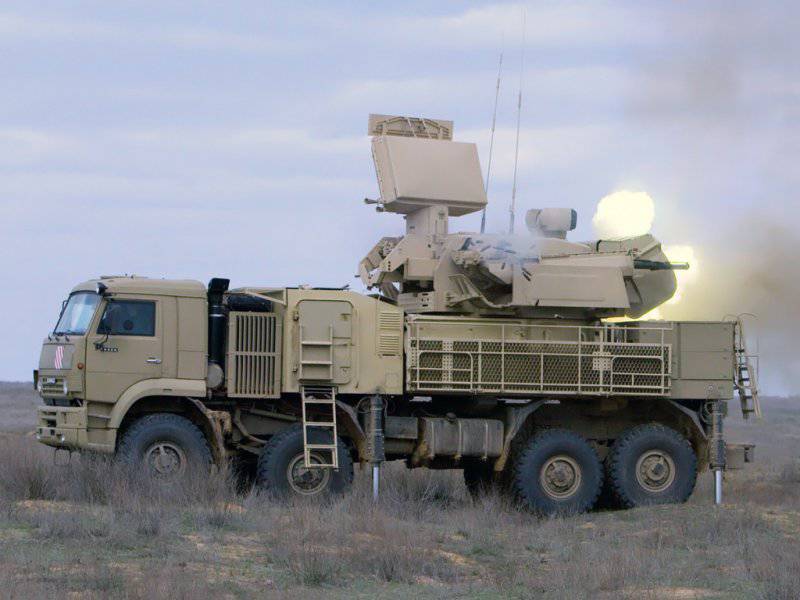 The artillery “stuffing” of the “Shell” consists of two 30-mm single-barrel automatic guns 2А72, which are powered by two cartridge belts with high-explosive fragmentation and armor-piercing projectiles. The combat module mounted on the roof of the body of the combat vehicle includes an 2 6 anti-aircraft missile unit, two cannons placed on the inside of the missile launch cannons, a radar target detection station, and a target tracking station and missiles. There is also an optical channel fire control system.

ZRPK “Carapace” was just (and so far, apparently) designed mainly to combat flying Tomogawk type cruise missiles and low-flying (maneuvering) enemy targets, which for some reason broke through the air defense barrier. Tests of the “Carapace” showed that the complex is capable of shooting down low-flying missiles, including at a record low altitude of 15 meters.

It should be noted that the armament of the American squadron of ships, which moved to the shores of Syria, includes the Tomoghawk cruise missiles. And it was a two-day bombardment of “Tomogawks” that Barack Obama threatened Syria.