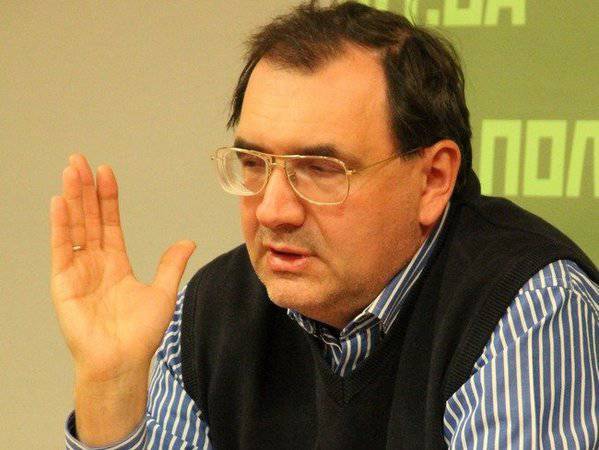 A person who was at the end of 70-s related to the Soviet electronic intelligence, told me that from the first interceptions of reports on the meeting of the NATO leadership, held after the introduction of a "limited contingent" of troops in Afghanistan (do not make a sensation out of Snowden - nothing new The world did not open), it became clear that the "strategic opponent" was simply happy that the USSR finally "plunged" into war. History Russia includes, among other things, the history of “unnecessary wars”, inexplicable from a rational point of view, conflicts in which Russia engaged in contrary to common sense and which led to disastrous consequences.


Russia very rarely fought in their national interests. It may be because it is often impossible to determine what exactly is its national interest at a particular stage of history. Therefore, she managed to be drawn into war that does not directly or indirectly concern her solely on internal, as a rule, purely ideological motives. In at least two cases, these wars led to “breaks in gradualness” in Russian history, that is, to revolutions, civil wars, and the death of the entire old Russian world.

Russia's participation in the First World War cannot be explained by any other reasons besides ideological ones. Neither Russia, nor, in the end, the ruling house of the Romanovs, close family ties associated with the ruling dynasty in Germany, had any serious reasons for which they had to break into this purely European conflict. But the tsarist government was held hostage to its bid to mobilize the patriotic feelings of the population in the struggle against the threat of revolution. She conducted this mobilization, stirring up Messianic ambitions that were already exorbitantly inflated by Orthodoxy, which were embodied in pan-Slavism. All the abominations of the regime were justified by its special historical mission, which consisted, in addition to the protection of Eastern Christianity, in “gathering the original Slavic lands” under the Russian wing. The more serious was the threat of revolution, the more unbridled became patriotic propaganda inside the country. In the end, the tsarist foreign policy was completely dependent on this propaganda, and when a shot in Sarajevo sounded, it was impossible to evade war. The consequences of this war are well known to all, so there is no need to dwell on this topic.

At the dawn of the Soviet era, history played with the USSR almost the same bitter joke, fortunately not so bloody, although it cost the lives of several tens of thousands of people. There is still no intelligible argument explaining why the Soviet regime needed to send troops into Afghanistan. He was one of the hundreds of regional theaters in which the global Soviet-American confrontation unfolded. If the Americans got involved in this adventure, they most likely would have received the second edition of the Vietnam War two decades earlier. But the nerves could not stand the Soviet leadership, who paid for it with their political life. As in the case of the tsarist regime, the only reason for this military campaign was the ideological narrow-mindedness of the Soviet gerontocracy flowing into insanity. The dogma of communist internationalism, multiplied by paranoid anti-Americanism, made the decision to send troops into the territory of Afghanistan without alternative. I believe that the Afghan campaign prepared the collapse of the USSR like nothing else.

Apparently, two lessons turned out to be little - the Russian God, as you know, loves a trinity. The inflaming domestic situation in Russia creates all the conditions for Russia to enter into yet another “unnecessary war”, in spite of its own interests and with the most serious negative consequences for itself, over the next decade. Today, Russia seems to have disappeared on a global scale from a map of the world. Her greatness exists only in the imagination of Mikhail Leontiev and his followers. But she may well remind herself, and then her foreign policy will be talked about everywhere.

Now Russia does not bother anyone in the world. This is one of the reasons for the stability of the Putin regime - it is actually convenient for everyone. Neither for Obama, nor for Cameron, nor for Merkel, Putin is not a headache (at least, as long as he does not touch gays). Modern Russia has no foreign policy - one appearance. It seems that her only goal is to lobby for olympiads, championships, exhibitions and festivals (after the economic crisis, when everyone learned how to count money, these prizes go to Russia surprisingly easily). There is no foreign policy strategy, except, perhaps, a global opposition to the expansion of the “Magnitsky list”. It’s more profitable for Putin to maintain this status quo, because as long as he remains the “Indian Joe” that no one is looking for, because nobody needs him, he has no other problems other than Navalny. And he hopes to cope with this problem somehow.

But the fact of the matter is that maintaining Putin’s profitable status quo is becoming more and more difficult. Gradually, within the country, the situation is as explosive as it was a hundred years ago, on the eve of the First World War. In an effort to "smash" the map of the revolution, the regime decided to put all its patriotic trumps on the "gaming table". Here and obsessed with Orthodoxy, and getting up from his knees, and collecting the wasted lands, and the Jewish-Masonic conspiracy in a lightweight form (like a conspiracy of foreign agents), and the enemy at the gate, of course. It is easy to nag such a vinaigrette, but it is difficult to eat without choking. The Kremlin becomes a hostage to its pseudo-messianic policy. The great power obliges - it makes boil in the brain inappropriate ambitions, under which for a long time there is no ammunition. Long ago, in terms of its technological development, and in terms of resources, too, in a “third world” country, Russia is aggressively bluffing, playing out of itself a world superpower, whose interests are everywhere. She again seeks to become a gag in every “world barrel”: from the Middle East to Latin America. And she is not at all afraid that the navel will be untied ...

Of course, the Kremlin does not want any war, there are generally gathered sybarites and lifelines, which this hemorrhoids do not need. But objectively, a situation may arise when he cannot avoid it. In the current situation, Putin needs to continuously demonstrate his “toughness”. The matter is no longer in Syria, or in Georgia, or in Ukraine, which in themselves do not represent a big problem. The fact is that by designating all of them as “enemies”, Putin cannot give them anything, since this can be regarded inside the country as an unacceptable manifestation of weakness. If it is true that foreign policy is a continuation of domestic policy, then Putin has no choice but to become a “power addict,” who is waving a club with a bludgeon on business.

And here Putin will be forced from a suitable for all guy to become for world leaders what Monica Lewinsky (as follows from the declassified records of her conversations with Clinton now) called “a needle in the ass”. He will crawl everywhere, be confused everywhere under his feet, but not roll back, as before, at a critical moment ago, but walk along the very edge. I would not be surprised if Russian planes begin to fly in the Syrian sky, and Russian submarines float in Ukrainian territorial waters. One way or another, the general trend is obvious: from now on, Russia's foreign policy will become more and more aggressive with each passing day, it will finally pay attention to itself.

It is unlikely that someone will please in the Kremlin. It is easy to strut into the ghetto, where police patrols have not looked in for a long time. But when it comes to military operations, the spani has to hide in the gateway. The positions of the Kremlin are stable as long as nobody is seriously concerned with them. Observed (so far in rhetoric) trends in Russian foreign policy are objectively suicidal in nature for the ruling regime in Russia. The problem, however, is that, by committing this suicide, the regime may inadvertently kill Russia along with it.

Ctrl Enter
Noticed oshЫbku Highlight text and press. Ctrl + Enter
We are
About Stalin and KhrushchevWhat you didn't want to know about England
Military Reviewin Yandex News
Military Reviewin Google News
157 comments
Information
Dear reader, to leave comments on the publication, you must to register.