What does the government hide? Reflections of the Director of the American Center for Constitutional Rights 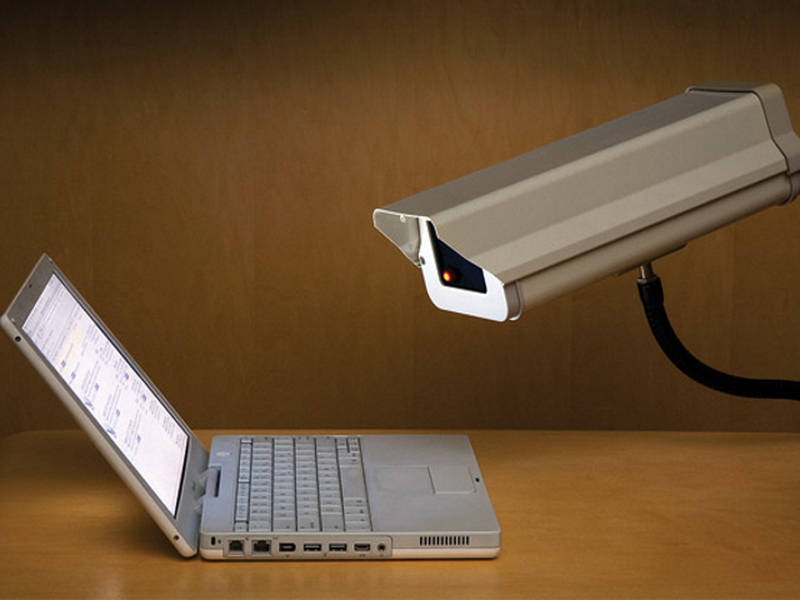 The President, the head of the National Security Agency, the Department of Justice, the Senate and House of Intelligence Committees, and the judiciary deliberately harbor vast amounts of information from voters regarding US and other nationals' surveillance. In addition, some of these entities, to put it mildly, do not adhere to the facts in their public statements. Their statements are either a conscious lie for misinforming the public, or evidence that the people responsible for supervision do not know who this supervision is for.


The recent revelations of the Washington Post, made in the spirit of Edward Snowden, indicate: The National Security Agency violates privacy laws or exceeds its authority thousands and thousands of times a year. Here are thirteen examples of this.

The first. Government departments are following and examining both messages on the Internet and text materials that enter or emanate from the United States, the New York Times reported on 8 in August of this year. "The NSA considers the interception and reading of messages that Americans are sending by e-mail is in the order of things," the statement of the American Civil Liberties Union said. “But the fourth amendment to the constitution does not imply this at all.”

The second. Authorities have created and maintain the functioning of secret access to all databases - to collect information about American citizens. On the ninth of August, the Guardian newspaper published a paper on this topic, transmitted to it by Edward Snowden. It says that the NSA intercepts email and phone calls without any warrant authorizing such actions. This new 2011 sample policy allows the agency to collect data on the names of US citizens.

Third. The government uses a huge database, which gives it the opportunity to carefully study the millions of Internet records, showing what almost every citizen does.

The existence of this oversight program has been confirmed by employees of the Central Intelligence Agency. It allows you to enter the name of a person or another request, after which, sifting the oceans of data, provide all the information available on the Internet about this individual.

Fourth. The administration has a special judicial body that operates in secrecy: it issues permits to the Federal Bureau of Investigation and other intelligence services to wiretap millions of Americans' phones, read their mail, email correspondence and their track record. This body is called the Foreign Intelligence Supervision Court. According to the established procedure, government lawyers apply to the court, in secrecy, to obtain data. At the same time, there is no party in court who could challenge these requests. The public would never have known about such a broader scale of supervision, do not make it public Edward Snowden have his documents.

The fifth. The authorities keep all this in deep secrecy, almost all of the many thousands of decisions handed down by the court receive the “Top Secret” stamp.

Over the past three years, the government has requested to approve almost 5 of thousands of such requests of its own, and has never received a refusal. For all its existence, the court rejected only 11 from 34 thousands of requests for surveillance.

The sixth. The government is trying to keep the crucially important decision of the court, made in 2011, in full secret - even after the latter allowed it to be made public.

There is a completely classified 86 page report in which members of the court declared some NSA surveillance programs unconstitutional. The administration - by the hands of the Ministry of Justice - refused to transfer these papers to the Electronic Border Fund, which had filed a request and a lawsuit.

At first, the authorities stated that making the report public will damage the work of the court. Then the court itself announced that the document could be published. Despite this, the government is still fighting for the right to keep it secret.

Seventh. The government uses the so-called secret "National Security Letters", which are being prepared by the FBI, to gain access to tens of thousands of files.

In such a letter, the FBI can request information on the movement of money from any organization, from banks to a casino, request a phone bill, subscriber information, credit information. historydata on the type of occupation of a person, information about his electronic correspondence, as well as track the names of all those involved in his account.

Recipients are required to keep their content confidential. Officially, the purpose of this work is formulated as obtaining data to curb the work of foreign counterintelligence. Sending such letters is not regulated by any court. According to congress data, over the past three years, the FBI has handled more than 50 with thousands of such requests. This figure does not include cases where the bureau persuaded the organization to disclose the information it required without any letters. There is also no number of requests for information to whom this or that email address belongs. It also does not include a large number of administrative agendas issued by the FBI.

Eighth. The head of national intelligence was convicted of concealing the truth before Congress on the issue of spying on millions of US citizens.

Speaking at Senate 12 in March of this year, the head of national intelligence, James Klapper, said that the NSA was collecting data on millions of Americans unintentionally. After Edward Snowden's revelations, Klapper admitted: his words were the “least untruthful” answer he could come up with.

Today, the NSA no longer denies that it tracks the email of American citizens. In a recent report, the NSA now reports that it "collects telephone metadata," but does not violate the constitution at all and does not "keep Americans at bay."

Ninth. The government lied, reassuring the public that data protection today is much more robust than it seems.

Two senators appealed to the NSA with a letter in which they expressed their protest at the “erroneous statement” and “somewhat misleading statement” made by the NSA in June 2013 of the year regarding supervision. What are these wrong or misleading statements? The public is not allowed to know this, because the senators listed the details in a secret attachment to the letter.

In the open part of the message, they said: "In our opinion, this inaccuracy is very important because it represents data protection much stronger than it seems." Senators emphasize that the NSA statement assures the public that the data obtained by the agency, if they do not contain evidence of a crime, is quickly destroyed. At the same time, the senators write, in fact, the NSA intentionally tracks the data of American citizens, and states that it would be unreasonable to name the number of people in the United States whose contacts were studied. NSA responded to the letter in a strange way. The agency did not publicly speak about what incorrect or misleading provisions it brought in its statement, and it did not even make amendments to its text. Instead, simply deleted the application from your site.

Tenth. The main defender of the surveillance system in the House of Representatives did not tell the truth, or did not know this truth.

Congressman Mike Rogers, chairman of the permanent subcommittee of the House of Representatives on Intelligence, repeatedly said in July both at the Capitol and on television that the government did not supervise telephone calls and correspondence on the Internet.

Later, Edward Snowden and the journalist of the Guardian newspaper Glenn Greenwald revealed the existence of the Ex-Kisor program, which intercepts 1,7 with a billion e-mail, phone calls and other means of communication on a daily basis.

Now there were questions to Rogers: whether he lied, or those supervising him who lied to him, or he did not understand the essence of the programs for which he had to watch.

The committee did not agree to familiarize any non-congressman with the 2011 document of the year, which refers to the extensive recording of telephone conversations conducted by the NSA. The refusal infuriated both Republicans and Democrats.

Republican Congressman Morgan Griffith of Virginia in June and July repeatedly asked the committee for information regarding the sanctions that “allow the NSA to continue collecting data on Americans.” He received no replies to his inquiries. Democrat Congressman Alan Grayson, after he had sent a similar letter, was told: committee members had voted against giving him the information he requested. Then Grayson requested a copy of the minutes, which recorded the results of voting members of the committee, but he was told that the document is classified.

Twelfth. The paranoia of secrecy surrounding surveillance programs in the House of Representatives is so terrible that one congressman was threatened — after he began to distribute copies of documents already published by Snowden in newspapers.

Alan Grayson was threatened with certain sanctions, although the data he circulated has already appeared in the Guardian newspaper and other media.

Thirteenth. The Senate Intelligence Committee did not allow the Senator to publicly discuss his objections regarding oversight programs.

Democratic senator Ron Wyden tried to make adjustments to intelligence legislation: to oblige the government to get a court decision before allowing collection of information about US citizens, and to make public information about how many Americans fell under the data collection program. At a secret committee hearing in 2012, he was denied an attempt to amend, and was also permanently banned from publicly expressing his point of view.

These steps, while concealing intelligence secrets from the public, are aggravated by constant attempts to extricate lies.

Despite documents showing the surveillance program, on August 6, the president declared that no program existed. Other politicians who advocate surveillance may not be aware of the essence of what is happening, but they act in this way, as the president advises them not to worry.

President Obama promised to create a group of independent experts to explore the possibilities of data collection technologies. He then appointed James Clapper to lead the group, which should establish whether the Americans trust the methods of the surveillance program. After the public was outraged by the decision to put a fox in order to monitor the hen house, the White House backed down and announced that Klapper would not be engaged in the selection of the group ...

Ctrl Enter
Noticed oshЫbku Highlight text and press. Ctrl + Enter
We are
What you didn't want to know about EnglandVladimir Putin: Democracy and the quality of the state
11 comments
Information
Dear reader, to leave comments on the publication, you must to register.