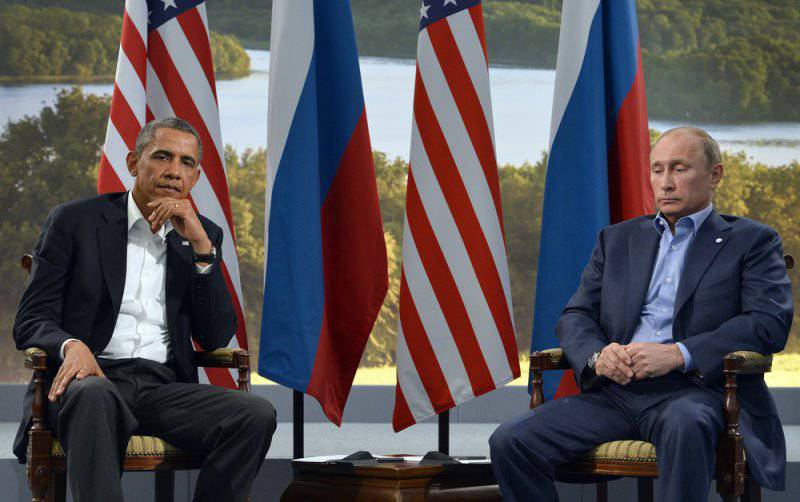 After the fall of Syria, only one thing remains unclear: when will the US get to us?


Syria for Russia is more than just a foreign country and a strategic partner. This, if you will, is a test of our geopolitical opportunities, and such a bar was set not at all by the United States or other Western "partners", but by us. We will defend Syria - we will demonstrate to the world that after the collapse of the USSR, we did not just have some of our own opportunities in the foreign policy arena, but also that we know how to use them, defending our interests. Well, do not protect - then what really ...

A firm position on Syria, Russia, of course, is a great obligation. Those Syrians who just want to live peacefully in their own country look at Moscow with a hope that cannot be justified by the fact that it has no moral right. But the rest of the world, no doubt, is watching Russia now with interest: what can these mysterious Russians do against the inevitable development of the most unfavorable scenario for Syria?

We, in turn, are forced to state that, in fact, nothing. In a world where international law has ceased to be an unconditional and indisputable truth, try to admonish a potential aggressor with diplomatic notes - a venture, if not empty, then unpromising for sure. You can, of course, as in the case of Libya, transfer all the arrows to Dmitry Medvedev alone, but this will remain a weak consolation, because, as life has already shown, no blocking of resolutions can today become a serious obstacle to military expansion. Because “democracy” in the world is above all conventions - this is a clear credo of the American “hawks”.

It is hardly possible on the fingers of one hand to recount those observers of the latest events in Syria who seriously take the version of the West about the chemical attack near Damascus as real. Why she was Bashar Assad - it is not clear, but why it was needed by his enemies - the matter is very clear. Now the United States and its allies have a powerful argument for the most urgent and widespread invasion of Syria. This, it seems, is favored by all conditions and above all by the significantly weakened Syrian air defense system. There are similar reports from various sources in the highest US government circles and in the NATO leadership: a military strike on Damascus will be made, perhaps by the end of this week ...

Every day there are fewer doubts about the credibility of these rumors, but the Kremlin doesn’t seem to believe in them that much: in any case, all the opposition and all the protection of the Syrian people here boil down to long, diplomatically sustained, but, alas, fruitless telephone conversations or statements (albeit loud) at press conferences. The conference on Syria was canceled by the USA - we only expressed disappointment. But is this a disappointment?

The main disappointment is still to come.

Negative scenario of the development of events in Syria in an interview with the KM.RU columnist was predicted by Valery Korovin, political scientist, director of the Center for Geopolitical Expertise, deputy head of the Center for Conservative Research of the sociological faculty of Moscow State University:

- Diplomatic mechanisms for resolving international conflicts ceased to exist at the time of the bombing of Yugoslavia. In principle, those Yugoslav events became the starting point for the new world, where international law lost any meaning and force became the decisive factor. In fact, we returned to the situation of the Middle Ages, when power is the right and the right is the strongest. Today, the Americans are demonstrating to the world the actual sole power of their hyperpower and are warning everyone who is preparing to challenge her of the inevitability of the physical destruction of anyone who dares to attack US sole dominance.

So in Syria we are confronted with American lawlessness, and in the new world in which we find ourselves after the destruction of this state, the only thing that will matter is the force factor. And in this regard, we must prepare for the full and absolute mobilization of the state and society in order to repel the American aggression, which is now inevitable in relation to Russia, for Syria is only a little more distant front line, which inevitably moves in our direction.

So to speak about any legal, political or even diplomatic measures that could cancel the inevitability of American aggression against Syria today is not necessary. Now, only the USA, only “hardcore”, only a force scenario, and the only question is what the sequence of the destruction of states and peoples will be and what place Russia occupies in this queue. This is the question that should concern us first of all today. The inevitability of a military clash between Russia and the United States is obvious.

“However, both Lavrov and Putin himself, it seems, still do not lose hope of“ reasoning ”the West. They continue negotiations with him ...

“These are all attempts to blow on water and heal a severe cancer by shamanic dances and spells.” When there are no means of real influence, and the current political regime believes that it is not able to defend Syria by force, then other improvised means are used - sacks of herbs, decoctions, lotions, spitting, scratching ... Today’s Russian political leadership seeks to heal the Syrian wound with folk remedies, and in conditions of complete desacralization, when there is simply no such magical environment in which these funds could help.

- Putin himself has by now been declared almost the guarantor of the salvation of Syria. But how does the inevitable overthrow of Bashar al-Assad affect him?

- Unfortunately, the surrender and subsequent defeat of Syria will hit very hard on the legitimacy of Putin and the current Russian government. All these statements that Putin would not surrender Syria were rather wishes, conditioned by the desire of the people to somehow influence the authorities so that they would take a more attentive and weighty attitude to the Syrian situation.

All the “leaks” that Putin is determined not to surrender Syria, even if the Americans reach Moscow, are, unfortunately, only the quintessence of popular expectations that underlie Putin’s legitimation. The defeat of Syria will hit Putin as the only Russian political figure who has concentrated in his hands the entire power, but also thereby assumed responsibility for everything that happens in the country and in the world, including the situations for which Russia has or influence.

So this is a double blow to the American network empire in Russia. This is an external blow, which underestimates the status of the Russian state in the international community, but it is also an internal blow, striking Putin as the only political leader within the Russian state.

Ctrl Enter
Noticed oshЫbku Highlight text and press. Ctrl + Enter
We are
Interview of V. Putin to Channel One and the Associated Press AgencyWhat you didn't want to know about England
Military Reviewin Yandex News
Military Reviewin Google News
225 comments
Information
Dear reader, to leave comments on the publication, you must to register.