Russia may stop the supply of rocket engines in the US 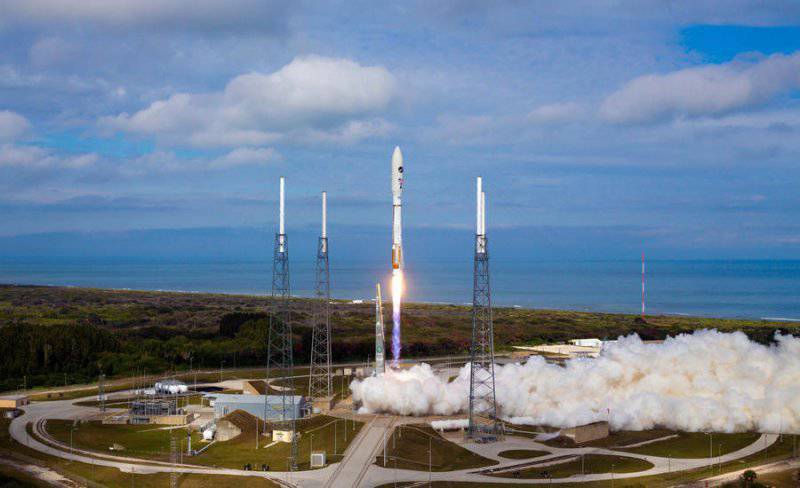 Manufacturers of Russian rocket engines RD-180 may stop supplying products to the United States. This is due to the fact that Russian engines can be used in the American defense industry.


Americans use the engines of Russian designers to create Atlas V rockets. These rockets are part of a project to create an American universal spacecraft. weaponsAccording to the newspaper "Izvestia".

“At the meeting of the Security Council, in particular, it was stated that Atlas V missiles are used to launch a promising space plane, which in essence is the newest universal space weapon, potentially dangerous, including for the Russian satellite constellation. Therefore, the question now is about stopping the supply of RD-180 to Americans after 2015 of the year, ”a source in Roscosmos told the newspaper.

Under the 1996 agreement of the year, the Russian engine manufacturer NPO Energomash undertook to supply 50 RD-180 engines as part of a firm contract, and also 51 under an option agreement. Russian manufacturers have already supplied more than 60 engines in the USA at prices of $ 11 – 15 million apiece.

American designers have created a rocket Atlas V based on Russian technology. It is equipped with two engines. In addition to the already described RD-180, the rocket is equipped with an American RL-10 engine.

The manufacturer of the missiles is the American company United Launch Alliance, which was created by Boeing and Lockheed Martin. Both companies are large Pentagon partners and regularly receive funds for defense orders.

The first launch of the rocket took place in 2002 year. From now on, rockets are considered "relatively reliable." NASA uses this type of rocket to launch moons of the Moon and Mars.

In 2010, by order of the Pentagon, American specialists launched a cosmonoplan by Boeing. After this, the tests of the experimental space plane (without people) were held several more times.