Humanitarian intervention "American": the United States does not reckon with the opinion of the UN 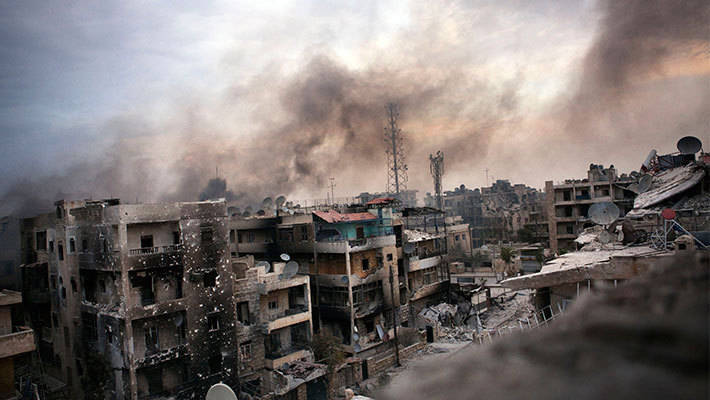 The prospect of the bombing of Syria by American troops without a UN mandate is becoming more and more real. Other similar cases in stories help to trace where the script leads. RT correspondent Gayane Chichakian talks about former NATO military campaigns.


Many US interventions in conflicts in other countries were not recognized as an open military operation. Thus, the bombing of Yugoslavia by NATO forces led by the United States was called "humanitarian intervention." However, not a single member of the Alliance has justified these actions legally.

The bombing of Yugoslavia continued 78 days, as a result, thousands of civilians were killed, among them were both Serbs and Kosovo Albanians. After Serbian troops left Kosovo, an ethnic cleansing occurred in the province, which took the lives of approximately 250 thousand Serbs and other minorities. Power plants, bridges, factories, offices of television and radio companies in Belgrade and the building of the diplomatic mission of China have been attacked by cluster bombs. Washington considered the operation a victory.

A similar scenario was embodied in Iraq. In the case of this country, the United States did not even ask for UN approval to intervene in the conflict. The United States was guided by its own arguments when launching an operation to overthrow Saddam Hussein. About 200 thousand people became victims of these actions, millions remained without a roof over their heads. The series of terrorist attacks continue to shake Iraqi cities every day, and the number of dead is growing.

The most recent example of intervention is Libya. NATO forces invaded the country and dealt with its head, Muammar Gaddafi. This operation did not help to normalize the situation, and the crime rate in Libya has only grown. "The US should think about these precedents, arguing about possible actions in Syria," the RT correspondent sums up.

The riots in Syria have not stopped since March 2011. The number of victims among the civilian population is constantly growing. According to the UN at the end of June 2013, more than 100 thousand people died in the clashes. The United States and the United Kingdom have decided to intervene in what is happening in the country because of reports of a possible chemical attack against the rebels by the government of Bashar al-Assad, which occurred on August 21 in the vicinity of Damascus. UN experts work on site.