MAX-2013 will surprise premieres and aerobatics 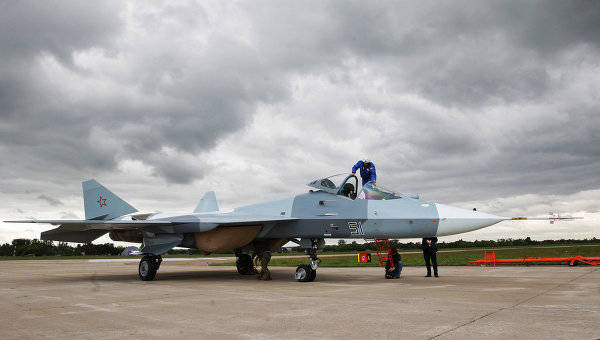 The main summer event in the world began in Zhukovsky near Moscow aviation - salon MAX. The main participants of the forum - businessmen - already highlight favorites. Among them are Russian helicopters. Russia entered the top three world leaders in this market. The MA-62 Ka-28 will make its debut at MAKS, and the capabilities of another novelty, the Mi-XNUMX assault aircraft, were shown by the Golden Eagles pilots.


During the 6 days of the air show in Zhukovsky near Moscow, everything will be devoted to the achievements of mankind in overcoming gravity. For the eleventh time, Russian and foreign engineers and technicians demonstrate their most recent developments. Over the years, the Russian MAKS has firmly taken its place in the global schedule of aviation forums on a par with the salons in Le Bourget and Farnborough.

More than 1000 companies from 43 countries of the world, for MAKS it is an absolute record. Do not forget that the Russian aerospace salon is, first of all, a business forum.

It was experts and businessmen who traditionally devoted the first days of the air show. For the past, MAKS sum of signed contracts exceeded 10 billion dollars. And this year they are waiting for substantial growth.

MAX is traditionally the richest exposure on earth and an incredible representation in the air. United Aircraft Corporation (UAC) - one of the favorites MAKS-2013. Waiting for large orders leads manufacturers to this aviation fair.

“We are here demonstrating the development of the SuperJet-100 aircraft family and are demonstrating progress on the MS-21 program at the stand. All this should lead to the fact that the UAC should return Russia to the position of one of the world's aviation engineering development centers,” the President of United Aircraft Building "Mikhail Pogosyan.

It is no secret that military equipment is the most attractive for visitors. One of the debuts is the Il-76 MD-90 military transport aircraft. On the opening day, he flew in the sky over Zhukovsky. And, of course, fighters are the pride of the Russian aviation industry and the Russian air force.

For the Su-30CM multipurpose two-seater plane, the 2013 summer of the year was fateful: the newest Russian fighter completed flight tests. This means that in the coming years, entire squadrons of such machines will appear in the Russian Air Force.

In the next 2 of the year, Irkut should deliver such fighters to the 30 military.

On the first day of work, the air show was visited by Prime Minister Dmitry Medvedev. Here he took part in the meeting of the International Aviation Congress. The head of the Cabinet of Ministers emphasized that the aviation industry and the space industry for our country have always been the flagship of high technology.

"For Russia, the creation of a modern aviation complex is really not fun. This is a matter of primary importance for various reasons. Including geography. Our country is huge, 9 time zones, and the task is to provide its citizens with modern comfortable transport. And to support a single transport space throughout our large country, "explains Dmitry Medvedev from the stands of the air show.

From the pavilion of Roscosmos, Dmitry Medvedev contacted the International Space Station (ISS). And then the premiere showed the latest module, which was created for future flights to the moon. Not only engineers, but also designers took part in its development. Comfortable conditions for the crew said even the Prime Minister.

Then the most spectacular part follows - demonstration flights. "Swifts" and "Russian Knights" - recognized in the world of master aerobatics. The culmination of the show is for the first time in the sky a troika of Russian fifth-generation fighters T-50. At the helm of the lead car - legendary test pilot Sergei Bogdan.

Already on August 30, the doors of the MAKS-2013 air show will open to all aviation enthusiasts. Record this air show can be not only by the number of exhibits, but also by the number of spectators who visited it.