August 28 2013
22
American towed artillery is currently developing in three main areas. Thus, the 155-mm lightweight howitzer M777 was put into service and the 105-mm lightweight M119A1 towed howitzer, which was planned to be removed from service at the end of the 1990-s, was returned to production. 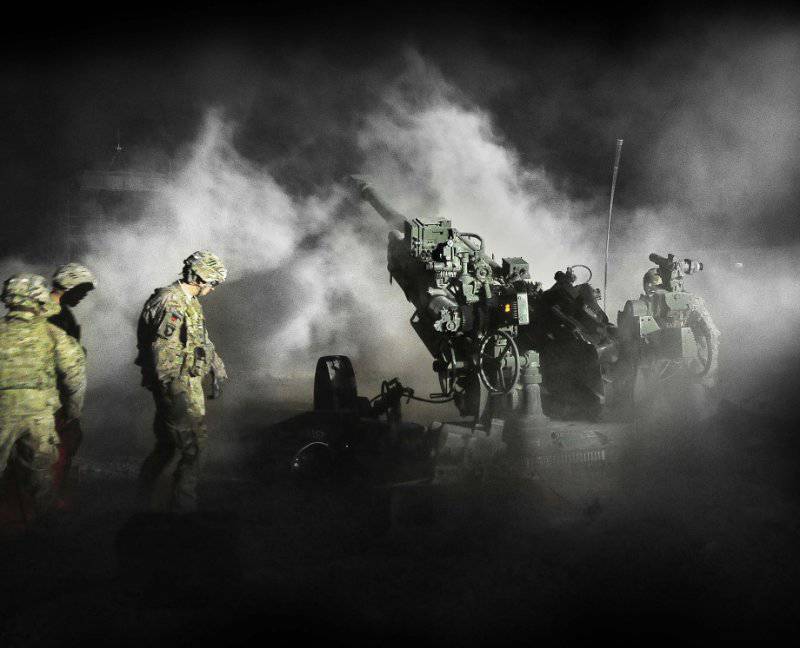 Designed and manufactured howitzer М777 by BAE Systems. The new system has better performance and half the weight. The weight of this tool is 4220 kilograms (achieved by the wide use of titanium in the design), which makes it possible to transport it on the external suspension of convertiplanes or helicopters. The M777 is the lightest howitzer of this type. The length in the combat position is equal to 10,2 m.

The design of the towed howitzer M777 uses a lightweight system to enhance the fire. This weapon is known as a mobile missile-artillery system HIMARS, which is a rocket launch container, having instead of two missiles six used in the MLRS. When transporting used tractor 6x6. The reduced mass allows the instrument to be transported by air, including the Osprey V-22, which was impossible for the M198.

The lightweight howitzer М777 is intended to replace the artillery systems of the US Marine Corps for direct support. This system in the United States is designed to support light units and directly support an armored cavalry regiment, that is, it will replace the M198 towed howitzer. As soon as the howitzer МХNUMX entered service, it was already planned to upgrade it, the main objectives of which were to improve ergonomics and improve the fire control system. It was even considered replacing the M777 towed howitzer as part of the NLOS-C program (weapons future without line of sight). The technology was tested on the basis of the M777 howitzer barrel. To increase mobility, one of the versions was equipped with a tape track.

For the M777 the same types of ammunition are used as for its predecessor. The howitzer is equipped with a display system that allows you to send text messages to the calculations of the guns. As a result, the M777 is able to open fire in 4 minutes after receiving an order. For firing can be used managed projectile M982Excalibur, with a range of up to 40 kilometers, with a maximum deviation of no more than 10 meters. 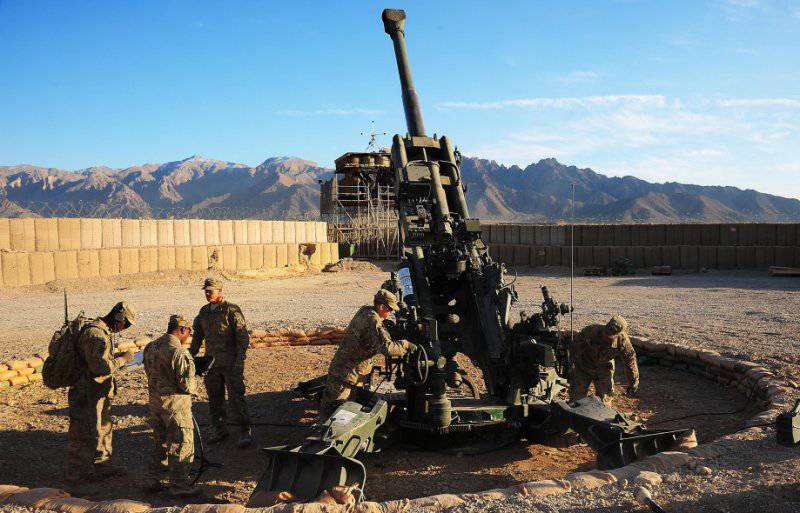 The M105A119 1 mm howitzer was developed based on the UK L118 howitzer. At one time, the American command decided to deactivate the M119А1 howitzer (the American version of the Royal British Artillery 105-millimeter light gun) which was to replace the M777. However, the mobility of this weapon, the possibility of using special forces during the operation, as well as the appearance of projectiles of increased firing range made the howitzer М119А1 a more effective weapon.

Transportation is carried out on the external suspension of the helicopters CH-47 (two guns) and UH-60 (one gun), and also parachute parachute. For towing used light army vehicle M1097.

The M119А1 howitzer ammunition includes M760 shots with high-explosive shells and M913 with active-high-explosive high-explosive shells. An improved version of the howitzer for firing American / NATO high-explosive fragmentation shells M1 was also developed. The main direction of modernization was the creation of a more streamlined projectile. This made it possible to increase the range of fire М119А1 from 11,5 to 17,1 thousand. 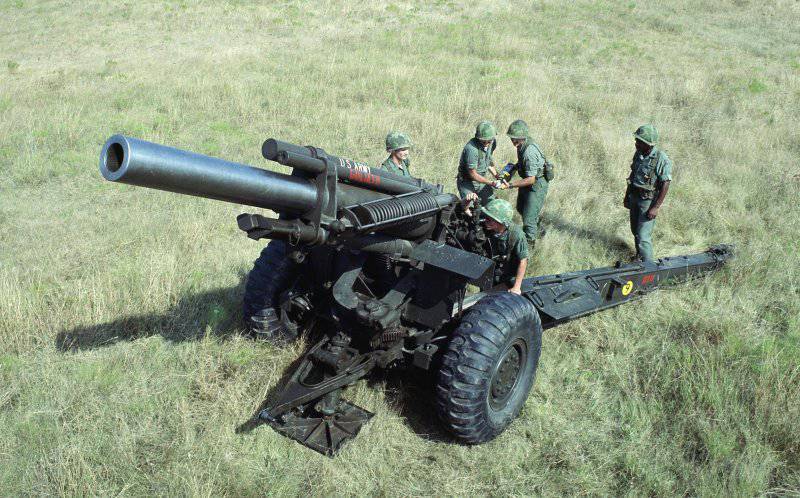 The most interesting version of the М119А1 is the South African version of the experimental 105-millimeter lightweight gun, which has a firing range of 24 or 30 thousand. The latter have the same damaging radius as the 155-mm projectiles. М119А1 is currently still in service. 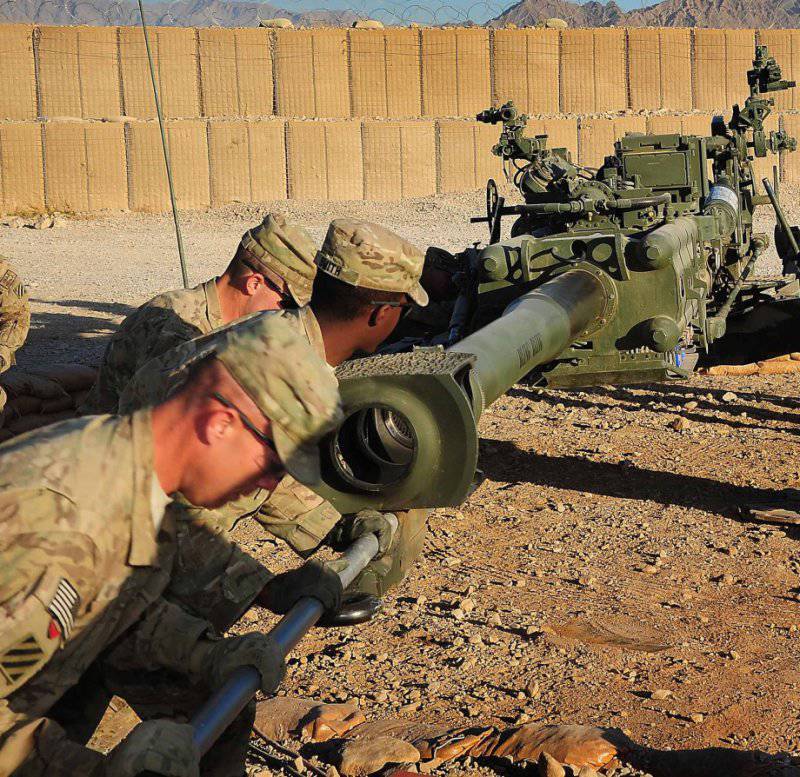 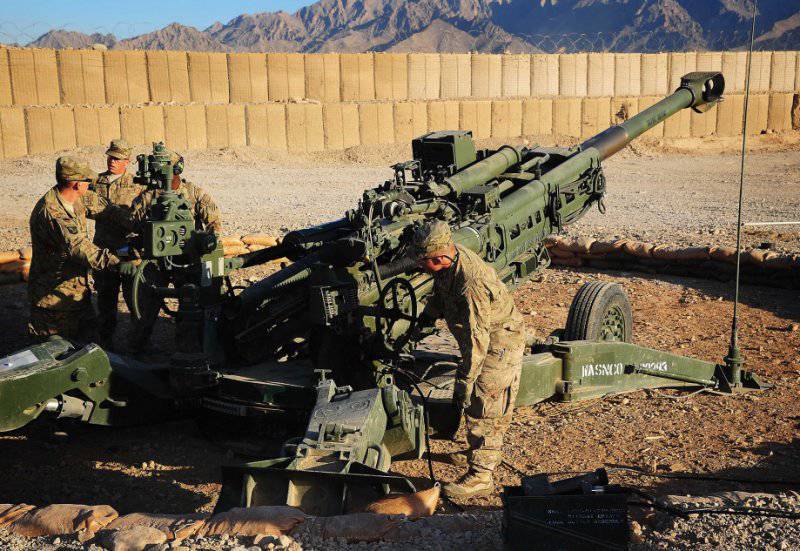 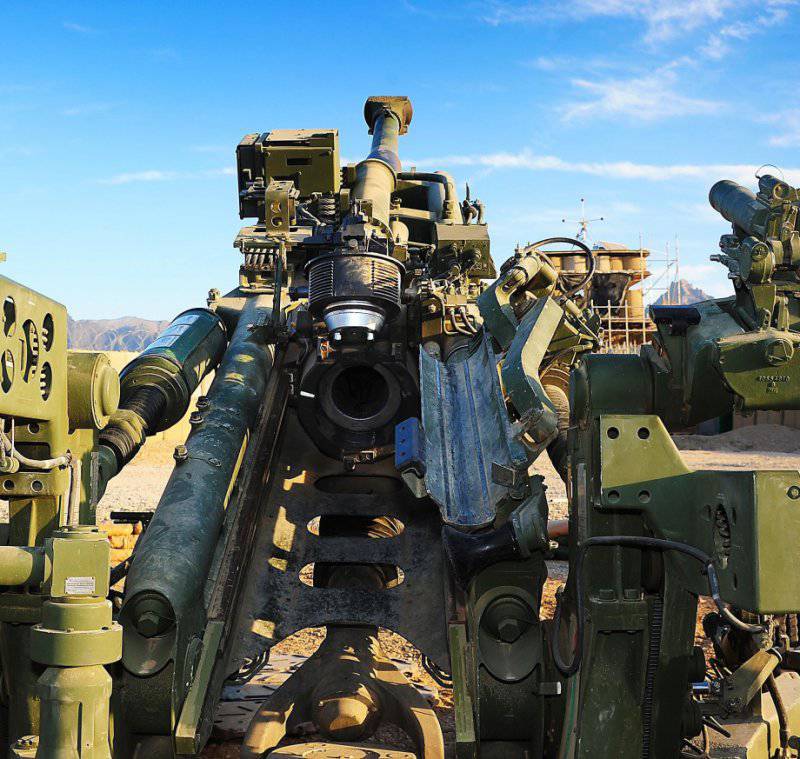 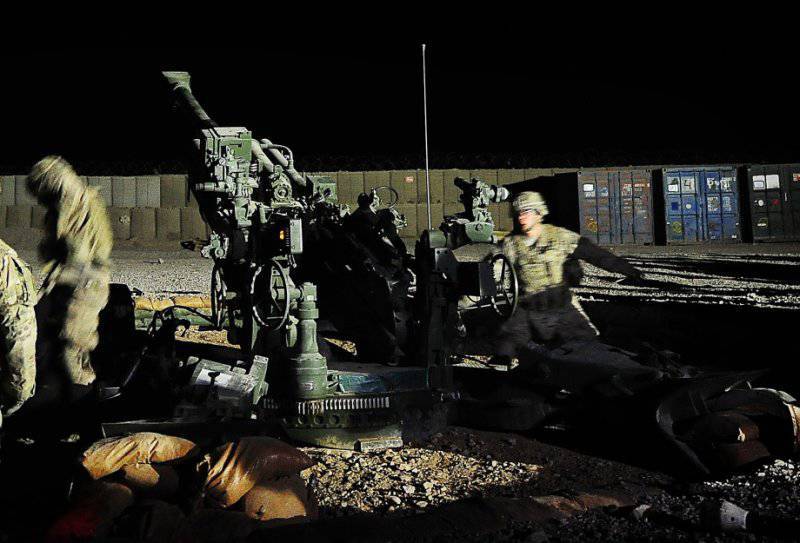 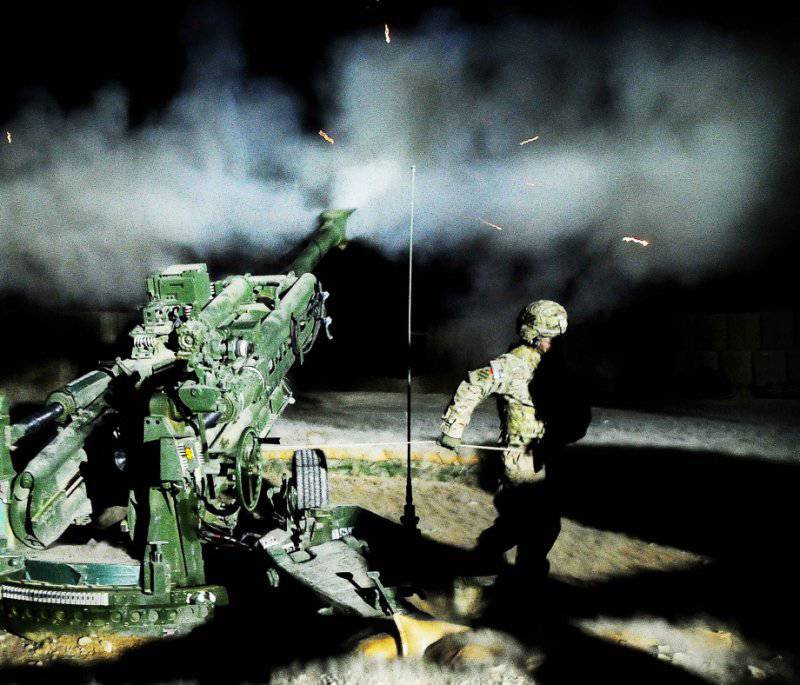 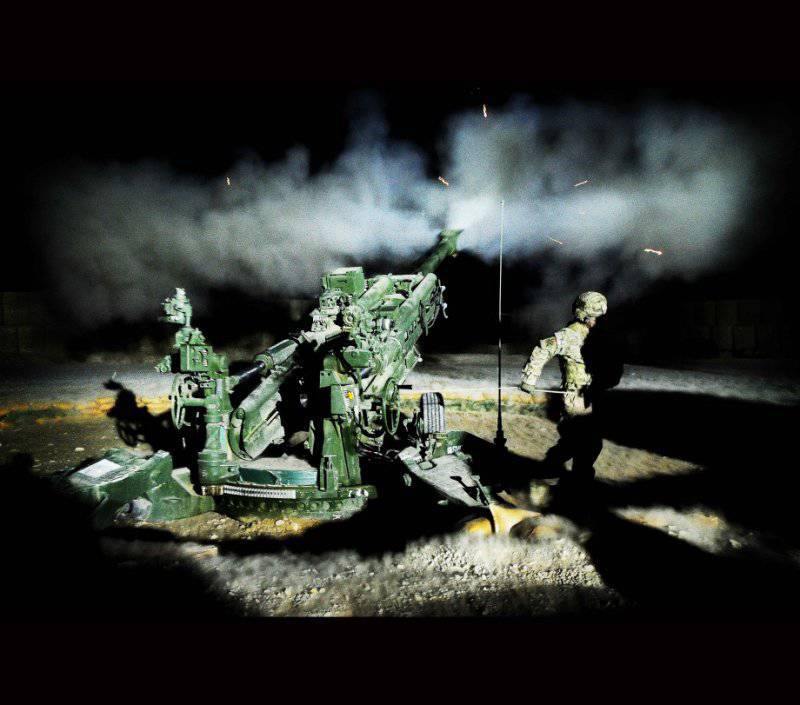 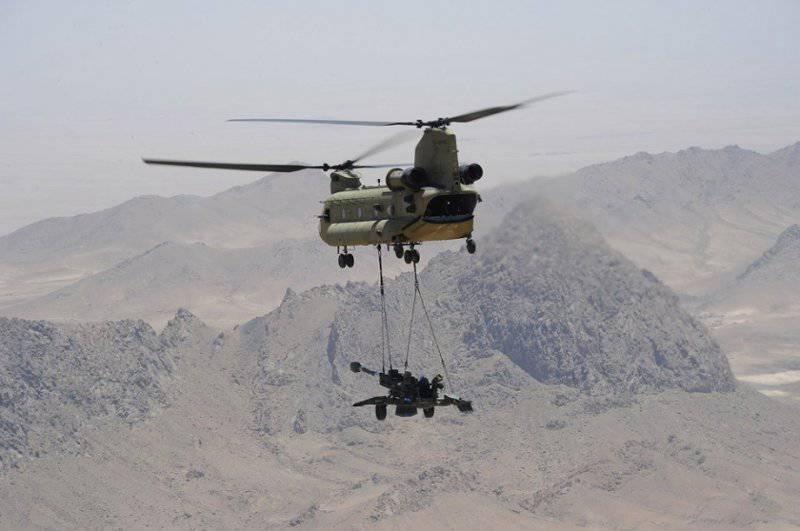 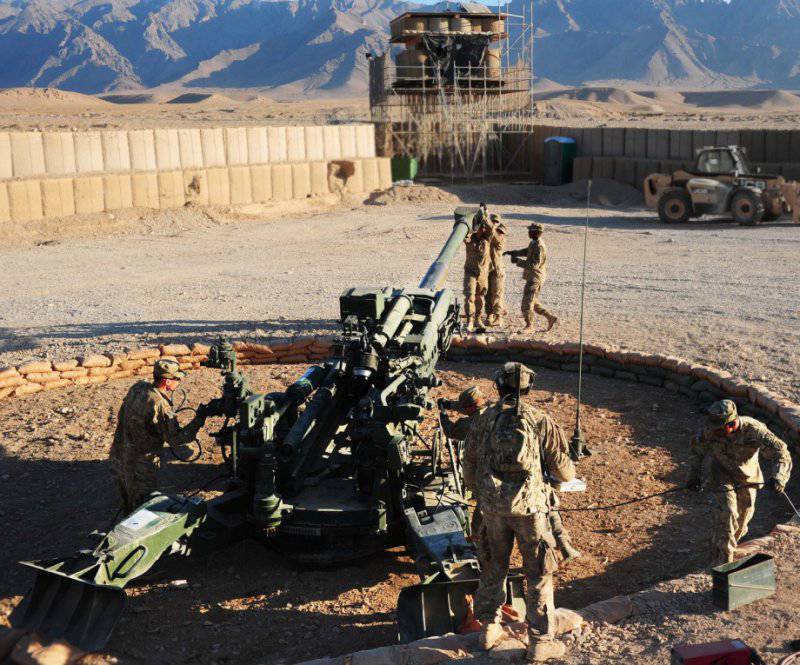 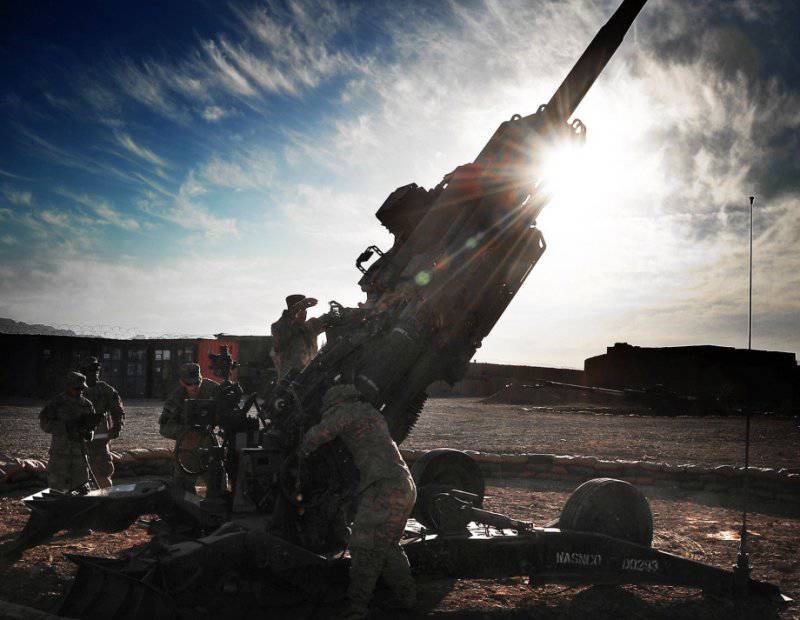 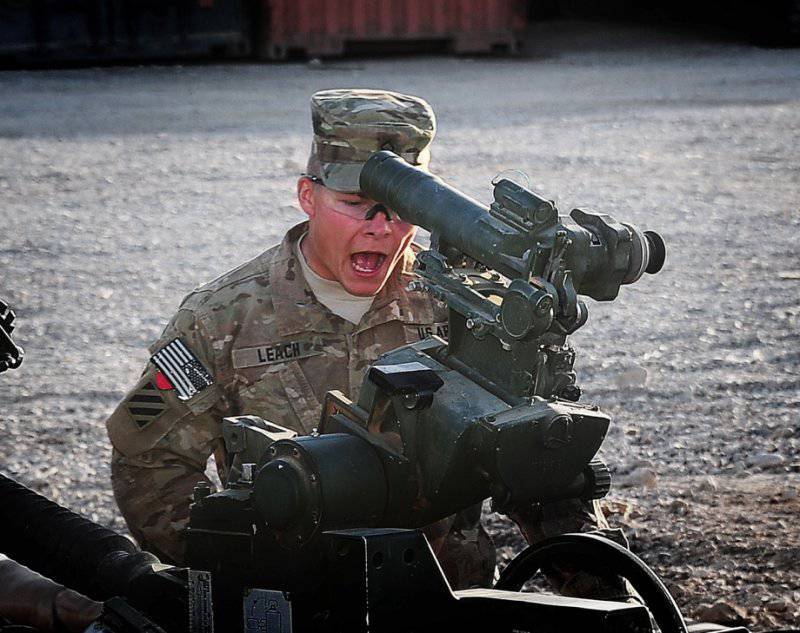