The US blogosphere knows everything: why does Russia support the regime in Syria? 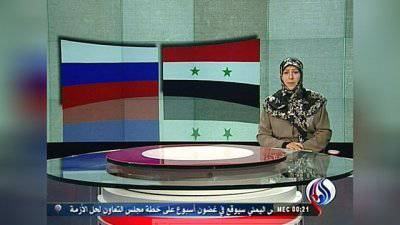 Russia's support of the Syrian regime and the strong pressure from the Western and Arab countries of the Persian Gulf is due to the extensive banking, trade and military interests that manifested themselves during the Soviet era. The Russian financial system is in close contact with the Syrian banking system. The process is carried out according to the same principles. bankruptcy of individuals in both countries, the approach to credit mechanisms in Russia and Syria is similar.
Russian officials may not care about peace in the country of Assad and its actions during the crisis, but they will not give up their loyal Arab ally, who is ready to defend Russian interests in his state.
Assad is an old friend of Moscow
Syria was at odds with the West almost since its independence in 1946, and this hostility intensified due to the growing support of Israel, the main rival of Syria, by the American authorities. In this regard, it is quite logical that the leaders in Damascus, vulnerable to their stronger neighbors, will seek support from Moscow.
Under the leadership of the late Syrian leader Hafez al-Assad, Syria’s relations with the Soviet Union became one of the most stable strategic partnerships in the Middle East that survived the collapse of the Soviet Union and Bashar Assad’s rise to power in 2000.
Russia's interests in Syria
This is not a manifestation of sentimental feelings of old friends, Russia has its own interests in Syria
Defense industry: civil war is good for business. In 2011, the Russian defense industry exported weapons to Syria for $ 1 billion, plus - there were unclosed contracts worth about $ 4 billion. Reuters news agency also reported an increase in Russian supplies of small arms to the Syrian authorities since the beginning of the uprising. These supplies should entail new revenues to the Russian budget.
Trade relations: Russian businessmen can lose a lot in Syria. As the manufacturing sector of Syria collapses under the weight of sanctions, the Assad regime depends on imports of oil products, grain, electrical equipment and other Russian goods. According to some Russian sources, from 2011, trade between Syria and Russia jumped by 58% to $ 1,97 billion, which suggests that Moscow is benefiting from a civil war in Syria.
Port of Tartus: Moscow’s most tangible prize from this relationship is its access to the naval base in the port city of Syria, Tartus, the only naval outpost fleet Russia in the Mediterranean Sea. If Russia refuses to support Assad, then she risks losing Tartus for her Navy. Cooperation in this area dates back to 1971, and in 2008 Tartus was transformed into a permanent base of Russia with ambitious plans for the modernization of facilities, which is not consistent with the interests of NATO.
Nevertheless, Russia is trying to convey to the world community the idea that the West is striving to sow new chaos in the Middle East, mentioning the unsuccessful example for NATO in Libya. At the same time, Russia is not going to recognize that civilians are dying from its support of the regime in Syria, including from the chemical weapons used by Asad. But the Kremlin’s political game has long been exposed, and his desire to retain control over the Syrian market is understandable. The Assad regime for Moscow today fits perfectly, but the eternal fraternization of regimes is not destined to happen.
Ctrl Enter
Noticed oshЫbku Highlight text and press. Ctrl + Enter
We are
What will the next generation Humvee army car look like? (reflections in 16 photos)
Military Reviewin Yandex News
Military Reviewin Google News
2 comments
Information
Dear reader, to leave comments on the publication, you must to register.