Paradoxes of the Russian financial reserve: the reserve can neither be stored nor spent

August 28 2013
98
Perhaps, there is no more controversial (in relation to it experts and the general public) segment in the Russian economy than a large accumulative “jug” filled with the resources of the Reserve Fund and the National Wealth Fund. The contradictory attitude towards the funds of the mentioned funds is as follows: some are confident that these monetary savings, coming mainly from the sale of oil and gas abroad, cannot be touched at all in the current economic situation both in Russia and in the world; others say that to sit on a money bag full of trillions of rubles, while the manufacturing sector - the locomotive of the Russian economy - is in a deplorable state, extremely non-constructive and even criminal. Each of the parties is trying to present its “reinforced concrete” arguments in order to strengthen both its own confidence in its own rightness and to attract new supporters to its side. 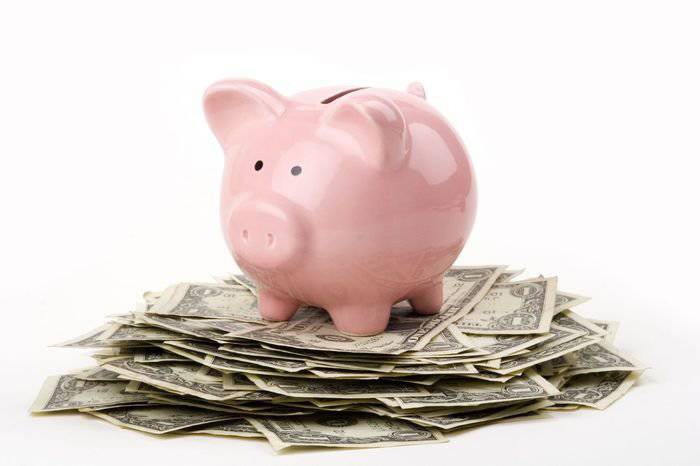 In addition to these two sides of the dispute, which periodically arises in the economic plane, there is a third party. Its representatives are not at all sure that Russia has trillionth of savings. More precisely, we are sure that until some time these accumulations were, but then a certain tectonic shift took place, and most of the money was leaked into the resulting funnel.

Let us try to understand what the Russian “nugget” is today, what state it is in, and how it protects Russians from crises or from news of impending crises.

So, the National Welfare Fund (FDNB) and the Reserve Fund (RFD) appeared in our country for more than 5 years - in the 2008 year, when the Stabilization Fund ceased to exist, breaking up into two new sectors. The financial assets of FDNB and RFD are controlled by the government of the Russian Federation, which at one time decided to keep these funds exclusively in foreign currencies. The lion's share of the funds of the two funds is stored in euro- and dollar equivalent, up to 10% of the funds - in British pounds sterling.

When it was decided that the funds of the funds should be held in foreign currencies, there were cries of bewilderment in Russia: they say why we are talking about the Russian financial reserve and national welfare, and the money ultimately works for third-party economies. State ministers from the Ministry of Finance responded to these claims like this: there is nothing terrible about buying foreign currency for the FDNB and RFD, since there are almost no “outside economies” in the world, and the global economy was born into which the Russian financial system fully integrated. They say that the dollar and the euro will stretch our economy by the ears ...

It would seem that the Ministry of Finance gave clear explanations, and therefore the “annoying” Russians (well, like you and I) should have been left behind, believing that the government financiers were right. However, further government moves lost at least some connection with economic realities. It turned out that the Russian authorities suddenly decided to take the path of the post-crisis strengthening of the Russian ruble. And to go with the goal of ultimately making it, no less, a world reserve currency. It seems to be a very patriotic goal - to strengthen the national currency, increase its prestige ... But such a patriotism can be supported in the current conditions only by a person who absolutely does not understand anything in economics. The fact is that to strengthen the national currency at a time when two funds (RFD and FDNB) are fully packed with dollars, euros and pounds sterling means that the capitalization of these funds is actually directly reduced. Indeed, in Russia neither dollars, nor euros, nor pounds sterling are directly used in trade operations. In order to make any transactions, we need rubles, which at the high rate of the add will be substantially less than it could be before the start of actions to “increase the prestige of the national currency”.

As a comparison, you can give a Chinese example. The PRC authorities have been persisting for several years, trying to artificially lower the value of the yuan. What for? Why, this leads to the fact that all over the world the goods produced in the Middle Kingdom are practically out of competition in terms of price. Washington and London have repeatedly tried to put pressure on official Beijing to “take into account the real value of the yuan,” but Beijing simply ignored these attacks, forcing the financiers from Wall Street to sprinkle saliva in impotent rage. At the same time, China, by and large, is a damn if anyone wants to consider the yuan as a reserve currency or not ... Beijing is somewhat higher than that. They already know very well that without a Chinese manufacturer, supported by government decisions at the rate of national currency, the world economy will simply deflate.

We also announced Napoleon’s financial plans for the ruble, but then, apparently, they remembered in time that the country has reserves that are not stored in rubles. I had to urgently correct the plans to strengthen the ruble, but continued to practice the Kudrinsky policy of accumulating foreign currency from selling oil and gas “for a rainy day”. The idea to continue to fill the jugs and beat one's hands if desired, to send funds from the Reserve Fund to the development of the real sector of the economy was difficult to refuse. The reason was that the ruble equivalent of the two funds began to grow due to the beginning of the growth of the dollar and the euro against the ruble. This growth finally convinced the representatives of the Russian authorities to abandon (at least at this time) the idea of ​​strengthening the ruble. In just over a year (from May 2012 to July 2013), the ruble, so to speak, capitalization of RFD and FDNB increased by 1,22 trillion rubles in aggregate! Only now the lion's share of this growth is connected with the rapid growth of oil and gas exports abroad, and with the depreciation of the ruble against major world currencies.
This added confidence in the correctness of those financiers who said that it was the transfer of funds from the Russian reserve to foreign currencies that would lead to positive changes. But the question is: what kind of positive developments in this regard can be seen? Yes - the ruble mass, if we were to take and transfer all the funds of the two funds into Russian rubles, indeed, at the moment it would be more than in 2012. But, firstly, no one is going to transfer funds into rubles, and, secondly, the percentage of imports of goods after Russia's accession to the WTO today is such that all ruble “earnings” are eaten up by higher prices for foreign-made products. Paradoxical, it turns out, the situation: it is impossible to spend money RFD and FDNB, since we can remain without a safety cushion on the eve of the next crisis predicted by Western financiers, in addition, also by spinning inflation, and not to spend, too The economy has a negative impact on the dynamics of its growth (growth, by the way, fell to a record low in the last 5 years). How to be?

One of the proposals was voiced recently by Vladimir Putin - to use a certain percentage of the Reserve Fund for the development of infrastructure. At his suggestion, money should be spent on building new highways, increasing the throughput of railways and ports, and that kind of money will eventually come back, what is called, a hundredfold. But the problem is that they will not return the next day after the order to allocate funds from the RFD for the development of the country's infrastructure, but at least in 7-8 years, and in our realities - through 15-20, if at all. For modern bureaucrats from the economy, who also want to warm up their hands on the Reserve Fund, such terms are, of course, unacceptable. For them, it would be acceptable if the majority of the funds allocated from the RFD went not at all to the construction of ports and loading terminals, but directly into their pocket.

The words about the development of infrastructure are certainly beautiful, but how can these words be turned into reality with corruption going to new records? If you create another regulatory body that will monitor the transparency of investments, then where is the guarantee that this body will not get bogged down in a corruption quagmire? There is no guarantee. Although if you do work, roll up your sleeves, then there will be guarantees. Examples in stories enough ...

But will foreign financial whales give us money to develop the economy? This is also a big question. Those gentlemen from Wall Street, to put it mildly, will not be completely satisfied if Moscow refuses hundreds of billions of dollars, transferring it into rubles and sending it to the development of the real sector of the Russian economy. After all, they can arrange a second Cyprus: the money is still not in our hands ...

Sometimes it seems that this fact is the main reason that the funds of the funds in a certain amount are still not put into real work, but are at the next stage of keeping foreign currencies afloat ... The word “crisis” reappears as the main horror story. Like, how can you survive in Russia if you begin to manage the reserve money? The crisis will ruin you into powder! Agree, but this is an effective thing, aimed at ensuring that our government experts in finance and further Cerberus sat on the currency “pot”, guarding the sacred dollar.

Ctrl Enter
Noticed oshЫbku Highlight text and press. Ctrl + Enter
We are
Paradoxes of history and paradoxes of war. Who is celebrating victory, and who is losing!Results of the week. "A thief should sit in jail!"
98 comments
Information
Dear reader, to leave comments on the publication, you must to register.