EW in the context of global informatization of armed confrontation is one of the main success factors. This fully applies also to the confrontation of the means of aerospace attack and aerospace defense, in which the state of the electronic warfare of the parties at the beginning of the conflict determines the winner. About stories and the actual tasks of the institute were told by the general director of CNIRTI, doctor of technical sciences, professor Boris Lobanov.

Federal State Unitary Enterprise “TsNIRTI named after Academician A.I. Berg”, which is today part of the Federal Space Agency and is at the origin of the electronic warfare in our country as a science, offers technologies that not only allow to solve current problems in this field, but and lay the foundation for its future development.

In the beginning was the radar 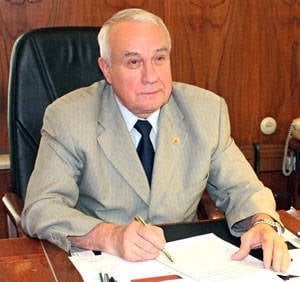 The Central Research Institute of Radio Engineering named after Academician A.I. Berg (the original name is the All-Union Radiolocation Research Institute, later the famous Scientific Research Institute-108) began its work in the harsh years of the Great Patriotic War and this year celebrated its 70 anniversary. The initiator and the first head of the institute was one of the greatest scientists of his time, engineer and rear admiral Axel Ivanovich Berg, later academician of the USSR Academy of Sciences, admiral engineer, Hero of Socialist Labor. The institute now bears the name of A.I. Berg, and in 2013, the institute celebrates the anniversary date - 120, since the birth of its founder. The purpose of the scientific research institute was the need for a unified scientific and technical center on radiolocation problems, which by that time showed high efficiency in conducting combat operations in various conditions.

In accordance with the tasks entrusted to the institute, since the beginning of 1944, work has begun on various types of radar equipment, radar protection from interference, electronic reconnaissance and radio countermeasures, television equipment, radio wave propagation, electrovacuum and semiconductor devices and other areas.

Since the end of the 50-ies, the Central Research Institute of Radio Engineering has been transformed from a radiolocation institute into an institute for combating it. In the 60-ies, in connection with the emergence of the Ministries of the Communications Facilities Industry (IPCC) and the radio engineering industry (MCI), the tasks in the field of EW between these departments were clarified. For enterprises MCI left the task of dealing with radio systems and facilities. This became the main activity of the institute. In 1966, the duties of the head organization of the ministry in the direction of EW are assigned to it and it is called the Central Radio Engineering Research Institute (TsNIRTI).

The idea of ​​creating an electronic warfare in the form of a multi-sensor integrated electronic protection system was formulated at a conceptual level. Along with traditional EW radio equipment, it uses towed detachable traps, spurious targets, and optoelectronic devices integrated into a system controlled by single processor devices. This gave a new impetus to the development of EW facilities at the institute. The creation of basic elements of the electronic protection system began, such as: