Military integration of Belarus: Lukashenko instructed to proceed to the "practical implementation" 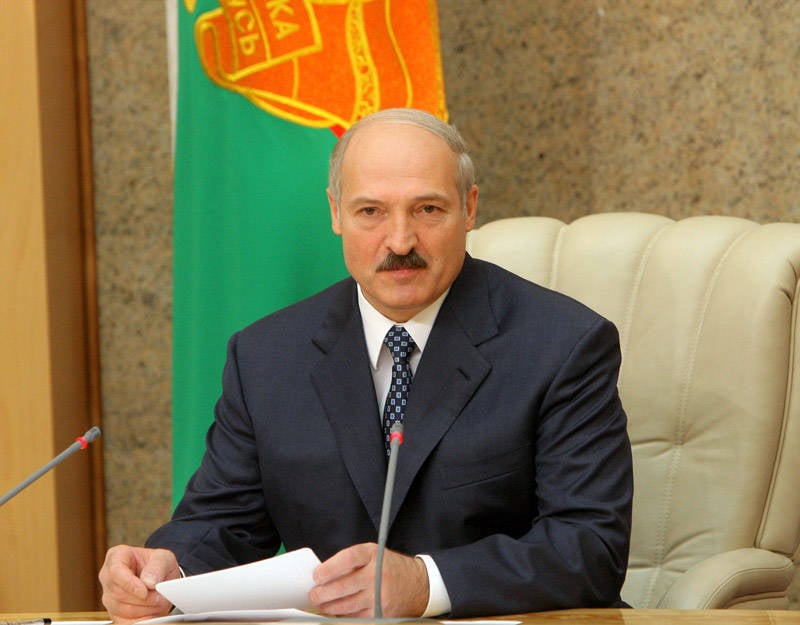 President of Belarus Alexander Lukashenko instructed the Ministry of Defense to begin practical implementation of the Belarusian-Russian agreements in the field of aviation and air defense. The strategic goal of military integration is "no one should think to speak with Belarus from a position of military force."


On August 20, a meeting was held under the chairmanship of Lukashenko on the future directions of the construction and development of the Armed Forces of Belarus. The head of the Republic of Belarus stated at the event: “The Ministry of Defense is setting the task to begin practical implementation of the agreements on aviation and air defense systems reached with the Russian Federation ... This work should be carried out taking into account the results of our recent meetings with the Russian Defense Minister and our agreements with Russian President Vladimir Putin ".

Briefly recall what is at stake. At a meeting between Lukashenka and Defense Minister Sergei Shoigu in April, it was announced that as part of military integration, Russia plans to deploy its air base in Belarus in 2015. In the 2013 year, as stated by the parties, the creation of an aviation commandant's office and the staging of the first duty unit of combat fighters is scheduled. In addition, it is planned that in order to protect the airspace in 2014, Russia will supply Belarus with four divisions of C-300 anti-aircraft missile systems. The West was seriously concerned about these plans, and Russian Foreign Minister Sergey Lavrov even had to carry out explanatory work.

In June, Lieutenant-General Viktor Bondarev, commander-in-chief of the Russian Air Force, stated that the air base in the Republic of Belarus would be located in the city of Lida near the border with Poland and Lithuania and would "become an important element of the first strategic defense echelon of the Union State, providing cover for the airspace of Belarus" .

Apparently, in the light of his instructions, Lukashenko further stated that Belarus would optimize the financing of its Armed Forces, increasing the cost of aviation and air defense:

“The military should understand what we can and what do not ... Analyzing the recent conflicts and wars, we determined that the main thing for us today is air defense and aviation. Therefore, since this is the main link of our Armed Forces, it is of paramount attention to it. ”

Accordingly, the head of the Belarusian state declared that he considered it expedient to sell unused weapons, “until this product is outdated and is needed by someone”.

Also at this meeting, Lukashenko set the main task for the Belarusian military:

“Our Armed Forces must be prepared in new realities to protect the sovereignty, independence and territorial integrity of the country. We must make sure that no one thinks of talking to Belarus from the position of military force. ”

According to the head of the Belarusian state, the military-political situation, especially in recent decades, indicates serious changes in the sphere of international relations:

“Their essence boils down to the fact that the“ powerful people of this world ”continue to put pressure on the foreign and domestic policies of the so-called undesirable states. At the same time, various mechanisms are involved, including the use of armed struggle. If we talk about this in relation to Belarus, then, fortunately, it did not come to that and is unlikely to reach it. But other measures are used to influence us, primarily from the Western states and the NATO bloc, including the United States. ”

In addition, the Minister of Defense of the Republic of Belarus, Yuri Zhadobin, spoke at the event, saying that the preparation of the Republic’s Armed Forces, as well as of Russia for the Zapad-2013 exercises, was completed.

Recall: the exercise "West-2013" should be held in September at nine sites, located both in Belarus and in Russia. The approximate number of the military involved is on both sides about 13 thousand people. The goal set in the strategic exercises of the two countries is to work out joint training and actions of the groups of troops, which is explained by the task of ensuring the security of the Union State. It is noted that maneuvers must work out the actions of command and control bodies and ensure that command personnel receive various levels of practice in troop command and control.

By the way, Russia has already informed the nervous (Poland, Lithuania) “European partners” about the parameters of the upcoming West-2013 exercises. Sergei Koshelev, head of the Defense Ministry’s Main Directorate of International Military Cooperation, told reporters that in preparing for this event, the Russian side is strictly fulfilling all international obligations in the field of conventional arms control in Europe. "The plans of the Ministry of Defense of Russia to continue informing both the Russian public and foreign partners about the preparation for the exercise and its results," added Koshelev.

Meanwhile, the Ministry of Defense of the People’s Republic of China handed over free military assistance to the Belarusian Defense Ministry.

According to official information, seven lightly armored special vehicles, individual and group sets of spare parts for cars, as well as spare parts and consumables for medical equipment were supplied to the Republic of Belarus. The pathetic gift ceremony took place in mid-August, and the actual equipment was delivered even earlier - in May. Recall that the President of Belarus Alexander Lukashenko from 15 to 17 July was on an official visit to China, according to the results of the visit, the parties agreed to establish a “comprehensive strategic partnership”.

Ctrl Enter
Noticed oshЫbku Highlight text and press. Ctrl + Enter
We are
The action “Military service under the contract is your choice!” In Rostov-on-Don: future contract servicemen, exhibitions and “Russian Knights”
17 comments
Information
Dear reader, to leave comments on the publication, you must to register.