Construction of the An-124 Ruslan: another deadlock or a new round of Ukrainian-Russian relations? 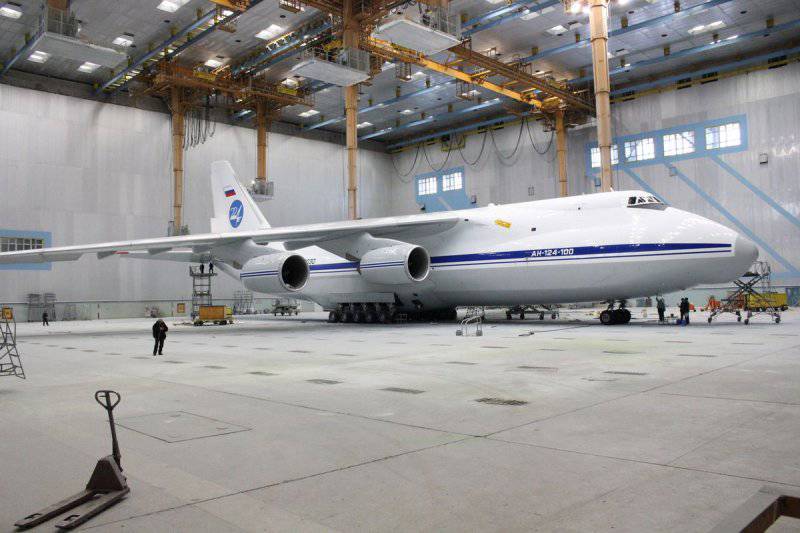 Representatives of Ukraine and Russia continue to actively prepare the constituent documents that are necessary for the creation of a joint production of An-124 Ruslan transport aircraft.

21 August this year, a meeting of the Ukrainian Cabinet of Ministers was held, at which the deputies approved the Order on the establishment of a delegation to participate in joint negotiations on the preparation of a joint draft agreement between the governments of Ukraine and Russia on state support and the implementation of serial production of An-124 aircraft machines. This document provides not only the creation of a delegation, but also determines its composition, establishes the powers of the chairman, and also approves the main conditions for the delegation’s participation in the negotiations.

It is planned that the signing of all the documents necessary for cooperation will take place in September-October of this year at the meeting of the committee on the problems of economic cooperation of the Ukrainian-Russian interstate commission. The meeting should be chaired by two prime ministers, Dmitry Medvedev and Nikolai Azarov.

Recall that an agreement to hold a meeting was reached in July 2013 as part of a meeting of two prime ministers in Sochi. According to the First Vice Prime Minister of Ukraine Yuriy Boyko, this agreement is one of the most important results of the negotiations at the level of two countries. Moreover, the politician is confident that the joint mass production of a unique, in terms of its characteristics, largest and unmatched world maximum transport aircraft capacity will give the necessary powerful impetus for the development of Ukrainian-Russian cooperation in aviation industry.

However, despite the rather optimistic forecasts of the Ukrainian side, the Russians are a bit different. Thus, in one of his interviews, Russian Deputy Prime Minister Dmitry Rogozin stated that Russia could start mass production of the An-124 Ruslan without the participation of the Ukrainian side. The fact is that Ukraine is not very willing to negotiate on the possibility of the modernization of individual units of "Ruslan" by the Russians. At the moment, the discussion in this direction cannot be moved from the dead center. Russia, according to the politician, does not intend to persuade Ukraine or wait too long, but simply localizes production in Russia.

In addition, Rogozin noted, the negative experience of joint cooperation with Ukraine is already there: a vivid example of this is the joint production of the promising transport worker An-70, the project of which was launched on 2012 of the year. Rogozin called him virtual, since part of the technical characteristics that were indicated in the documents, and for which the Ukrainian side was responsible, were present only on paper. The conversation is, above all, talking about the possibility of taking off from the ground, from a short run, and also about the unique blowing of the wing.

In addition, earlier (in April of this year), the general designer of the state-owned enterprise Antonov, Kiva, said that the An-70 tests were stopped because the Russian Ministry of Defense was the main customer and did not take part in them.

The aircraft An-124 "Ruslan" is a heavy transport aircraft, the developer of which is the design bureau named after Antonov. The first flight of the aircraft took place in Kiev 24 December 1982 of the year. The Soviet army entered the aircraft in January 1987. The total number of machines built is 56 units.

At the end of February, 2006, as part of the modernization and resumption of serial production of An-124-100 transporters at Aviastar enterprise in Ulyanovsk, it was decided to open a branch of the Antonov Aviation Scientific-Technical Complex, but two months later the project to resume serial production It was declared unpromising.

It should also be noted that the new attempt to resume joint production of the An-124 Ruslan was made in the 2009 year. A significant role in this was played by Dmitry Medvedev, who was then the president of Russia. It was he who ordered the government to contribute to the state armament program for 20 Ruslan aircraft. Almost at the same time, a statement was made about the resumption of the joint production of these aircraft by Ukraine and Russia.

The issue of creating a joint venture for the production of aircraft has also been raised repeatedly. So, at first, the Russian side intended to buy out a percentage of the state-owned Antonov state enterprise 51 from Ukraine, which would allow it to almost fully control the intellectual property of the KB. However, then the parties did not manage to agree. The Russians made the next attempt in May 2011. Then a group of executives of the United Aircraft Building Corporation arrived in Ukraine, which was also intended to buy out intellectual property rights. Finally, in 2012, during the meeting of the interstate commission, it was possible to agree in negotiations on joint production in two joint projects - An-124 and An-70. The result of the commission’s work was the decision to build the An-2030 and 150 “Ruslan” planes up to 70 of the year 50.

Obviously, mass production is more beneficial for the Russian side, since the Ukrainian military needs very few aircraft. However, whether the parties succeed in realizing the project, or whether the Ukrainian-Russian cooperation in the field of aviation will again come to a dead end is unknown. There is a big risk that representatives of the parties, pursuing certain political motives, will again find some clues to stop cooperation. Or maybe common sense will win this time ...

Ctrl Enter
Noticed oshЫbku Highlight text and press. Ctrl + Enter
We are
"Ruslan" can again go to the series ...An-124 - the resumption of Ukrainian-Russian cooperation !?
Military Reviewin Yandex News
Military Reviewin Google News
47 comments
Information
Dear reader, to leave comments on the publication, you must to register.