August 27 2013
8
In the artillery of the Indian ground forces, there is a noticeable bias in the direction of towed guns. The units operate several thousand cannons, howitzers and mortars of various models. In this case, the total number of self-propelled artillery installations FV433 Abbot of English production, Soviet 2C1 “Carnation” and Indian M-46 Catapult does not exceed two hundred. Thus, the Indian self-propelled artillery can be recognized not only small, but also backward from similar weapons of neighboring states. To justify India, it must be said that attempts are regularly made to correct this situation. For example, in the late nineties, it was decided to cooperate with foreign countries and thus get rid of the existing problem. 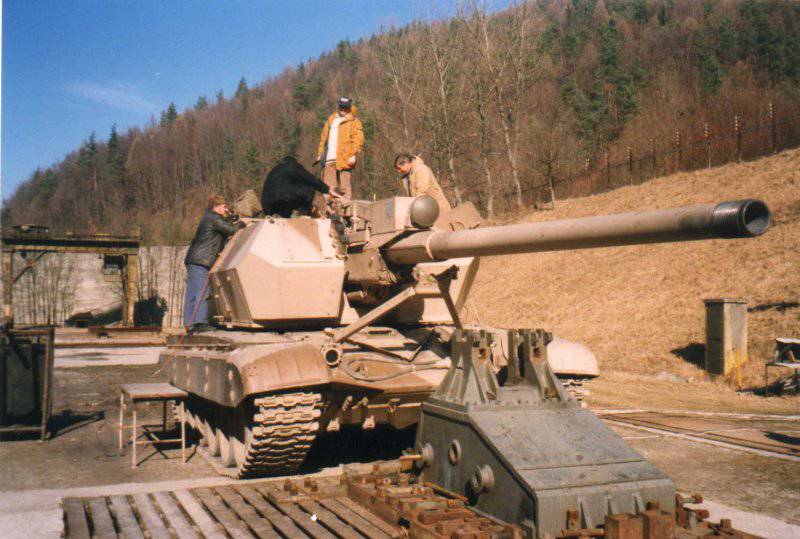 It is worth noting that various overseas offers are regularly received by the Indian Ministry of Defense. Seeing the precarious state of Indian self-propelled artillery, foreign companies are trying to take advantage of this situation and sell their products. However, the Indian military is not always ready to consider foreign projects in their original form. It happened with the Slovak self-propelled howitzer SpGH Zuzana. The Indian Defense Ministry immediately rejected this fighting machine because of the wheeled chassis used in it. The relief of the Indian territory does not allow the wide use of wheeled vehicles and therefore tracked vehicles are required.

Not wanting to lose a profitable contract, the Slovak armourers took into account the wishes of the customer and, together with the Indian military, developed the ShKH Himalaya (“Himalayas”) project. To simplify and reduce the cost, as well as to fulfill the Indian requirements for mobility and cross-country combat vehicles of this project should be based on the Soviet / Russian chassis tank T-72. To improve the driving performance of the original tank, the Slovak-Indian engineering group equipped the chassis with a new engine with a capacity of 1000 hp. and transmission adapted to work with him. Despite the use of the new power plant, the Himalaya self-propelled howitzer had approximately the same running characteristics as the original T-72. It could accelerate on the highway only to 60 km / h and overcome at one gas station up to 480-500 kilometers. 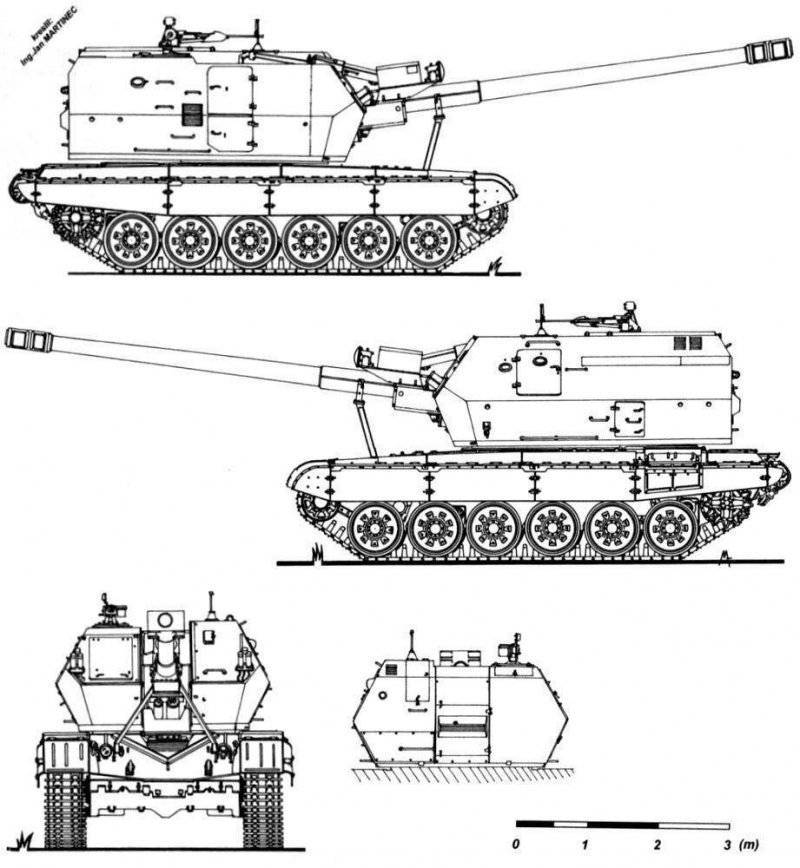 On the modified chassis of the T-72 tank, a turret was installed, almost unchanged borrowed from the SpGH Zuzana ACS. Inside a large armored unit were placed guns and jobs for its calculation - the commander, gunner and loader. The main armament self-propelled guns Himalaya - gun caliber 155 millimeters with a barrel of long caliber 45. The tower rotated around its axis, which ensured circular horizontal guidance. System installation tools allowed to raise and lower it in the range of -3 ° to + 70 °. With an optimal elevation angle and the use of active-missiles, the maximum firing range reached 39,6 kilometer.

With the gun in the tower installed an updated automatic loader. Its refinement was carried out in view of the use of the new chassis, which allowed a slightly increase in mobile ammunition. ACS ShKH Himalaya could transport in stacks up to 40 separate-sleeve shots of caliber 155 mm. An automatic loader allowed to fire at a rate of up to a minute per minute 5-6. The stated time for the complete shooting of ammunition did not exceed six minutes. It was also possible shooting with the filing of shots from the ground. Allegedly, the Himalaya self-propelled gun could use all types of 155-mm projectiles produced.

The fire control system, built on the basis of European instruments, made it possible to fire both from closed positions and direct fire. In addition, it was reported that the Himalaya gun set, as well as its predecessor Zuzana, was able to fire in accordance with the MRSI algorithm (corresponds to the Russian-language concept of “flurry of fire”). This means that the self-propelled gun can make a series of shots with a different elevation, as a result of which several projectiles will fall in the area of ​​the same target with the minimum difference in time.

In general, the HsKH Himalaya self-propelled artillery mount was a modern combat vehicle with high enough characteristics and at the same time an acceptable price for the customer. According to reports from the Slovak defense industry, the first Himalayan prototype successfully passed tests at local test sites and was offered to India. On this success promising cars came to an end. Shortly after the joyful statements about the successful trials, the Indian side first froze the negotiations on the possible supply of new SAUs, and then completely refused such a deal.

As a result of these events, the Himalaya project remained at the prototype testing stage, and India still does not have modern self-propelled artillery installations. From time to time there are rumors that the Indian military department is going to try or even buy one or another foreign-made ACS. However, over the past years, no such rumors have been confirmed, and the newest self-propelled guns in India continue to remain rather outdated M-46 Catapult in the amount of about one hundred units. 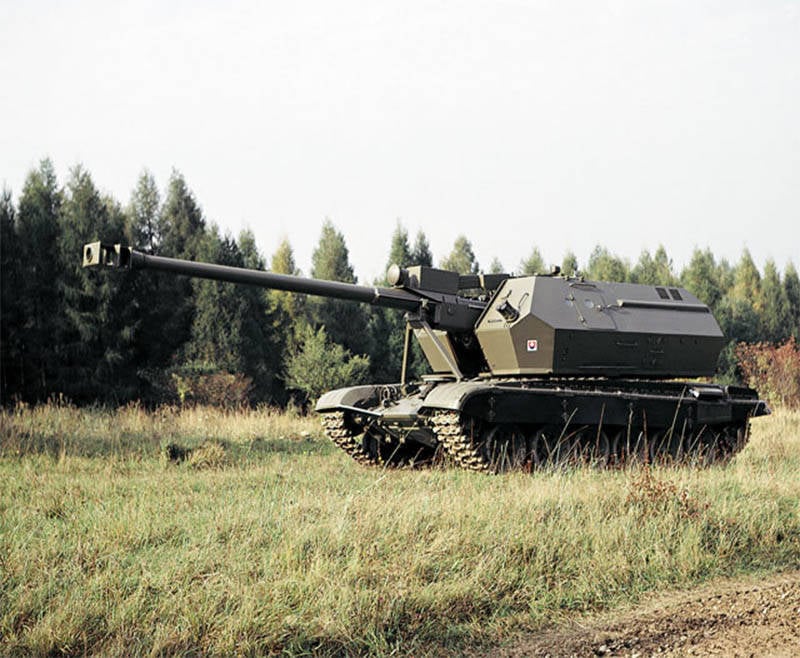