Hague illusions, or Nicholas II - the ideologue of disarmament 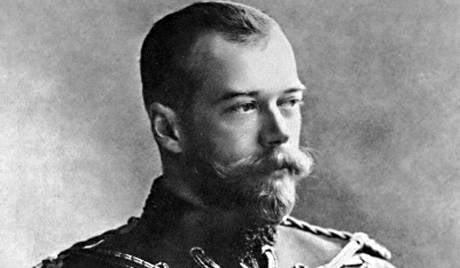 The global arms control idea marks 115 years. 24 August (12 August old style) 1898 was the Minister of Foreign Affairs of the Russian Empire, Count Muravyov, with a circular note to the representatives of the powers accredited to the Russian government. Russia offered to convene a world conference with the aim of "putting a limit to continuous weapons and finding means to prevent the misfortunes threatening the whole world."


The initiator of the World Conference on Disarmament was the Russian Emperor Nicholas II. Diplomatic correspondence with partners, begun by Petersburg, lasted until the end of 1898, in the end it was decided to convene a forum in The Hague. Preparation for it took a few more months. The first Hague Conference opened on May 18, the emperor's birthday, and took place on July 29.

Why, then, did the idea of ​​arms control, the creation of certain “humane” frameworks for military action emerged at this particular time? Some historians have noted several reasons. The first is political: creating a stable and favorable for Russia international situation in Europe.

The second is ideological: the formation of the image of a great empire as the bearer of the idea of ​​peace and justice. And the third is financial: the “freezing” of military budgets, which for Russia, which was experiencing economic difficulties, played a significant role. On the whole, Nicholas II decided to continue the policy of his father, Alexander the Third, who entered history as a peacemaker.

This is perhaps the only Russian emperor, in which Russia did not wage a single war, says Yaroslav Vishnyakov, assistant professor of the department of world and national history of MGIMO:

"At the same time, it was under Alexander the Third and in the first years of the reign of Nicholas the Second that a new configuration of European policy was outlined, related to the design of, for example, the Russian-French alliance 92 of the year (then it all turned into the Entente). In 1882, the The Triple Alliance of Germany, Austria-Hungary and Italy. In this case, the Hague Conferences - the first and the second following - were seen as a tool to contain the arms race that had already begun then. "

It must be said that in more than two months of the Hague debate, many of the declared conference goals were forgotten. Nevertheless, the participants adopted the 3 convention: on the peaceful resolution of international clashes; on the laws and customs of land warfare; on the application to the naval war began the Geneva Convention 10 August 1864 (this applies to the sick and wounded). In addition, the parties agreed to ban for five years throwing projectiles from aircraft, not to use projectiles with chemical fillings and bullets that can be easily deployed or flattened in a human body.

Despite the modest - in comparison with the stated - results of the conference in The Hague, it is difficult to overestimate its importance, the Russian historian Konstantin Zalessky believes:

“Basically, it was a turning point. Before 1899, no one tried at the international level to somehow streamline the customs and laws of war. We can say that it was then that all this talk about arms reduction began. And these were not agreements between two or three States, and very representative conferences. The first Hague conference was attended by 26 states, and in the second, in 1907, the number of states increased to 44, that is, it can be called not just world conferences, but conferences that have practically no analogues even nowadays. "


The Hague Convention was the first international document on the laws and customs of war, restricting the use of certain weapons. It can be said that it laid the foundation for the world security system. The international legal norms of war developed at the 1899 and 1907 Hague Conferences were developed in the Geneva Conventions of 1949.

These conventions remain in force today, mainly because they contain the principles and norms of international law relating to war that are recognized by most states. Their observance is mandatory, and the violation is regarded as a war crime subject to punishment. Note that the Soviet Union, even during the Second World War, stated that it intended to abide by the provisions of the conventions, but on the basis of reciprocity. At the same time, some points, in particular concerning the humane treatment of prisoners of war, were observed by the USSR unconditionally, despite the atrocities of the German fascists against the captured Soviet servicemen.

And yet the norms reflected in the Conventions are somewhat divorced from reality. If they were carried out literally, there would be no war for a long time. But, unfortunately, the phrase “to the world - the world”, popular in its time, still remains just a slogan, says military historian, Lieutenant Colonel Yuri Veremeev:

"These rules did not take into account and do not take into account the realities of war. Therefore, in fact, they were never implemented by anyone - at least in full measure. States, based on their interests and tasks, could apply them selectively. At the same time, this convention served as an instrument of propaganda against the enemy. The generally accepted methods are to accuse your opponent of all mortal sins, especially since any convention provides for sanctions against states whose armies do not comply with these norms. And there are always losers and winners in a war And no one ever judged a winner for anything. "

Yes, again this expression of dirty teeth is “double standards”. A good example of the modern interpretation of the Hague Conventions by the West is the activities of the Hague Tribunal for the Former Yugoslavia. The actions of some Balkan generals and former leaders are recognized as war crimes, others (read - allies) - self-defense and the struggle for independence.

According to Yuri Veremeyev, international conventions are not to ensure that they are strictly observed. The limits of the execution of any agreements are limited to the country's own interests - the whole "civilized world" understood them from time immemorial. And only Russia believed: "After giving the word, hold on to it."