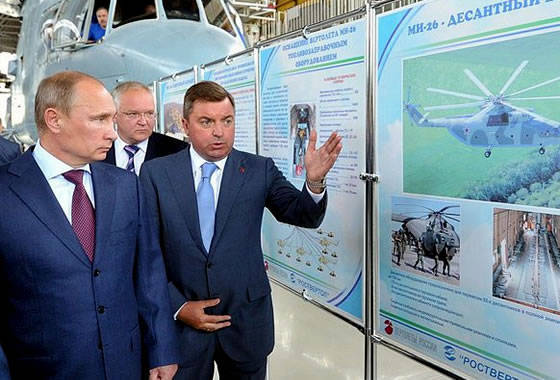 At the August 22 meeting on the issue “On the state and prospects of development of the Russian helicopter industry”, special attention was paid to the need to ensure sustainable growth dynamics of the industry.


It was noted at the meeting that Russia, with significant success in the field of export deliveries of military helicopters, lags significantly behind in the segment of civilian helicopter technology.

In terms of the export of military helicopters, Russia really holds strong positions.

At the moment, in the world market of military helicopters, the first place in terms of the number and value of export sales is occupied by the category of multi-purpose helicopters.

The remaining three categories (attack helicopters, anti-submarine and naval patrol helicopters, heavy transport helicopters) by both criteria are significantly inferior to the category of multi-purpose helicopters.

According to TSAMTO, Russia ranks second in the world in terms of quantity in the export segment of new multi-purpose helicopters in the 2009-2016 period. (584 machines worth 8,15 billion). By value, Russia ranks third, behind the United States and France.

On the whole, Russia's share in the quantitative parameter of exporting multi-purpose helicopters to 2009-2012. in the global market accounted for almost 27%.

In terms of value, the share of Russia in exports of multi-purpose helicopters on the world market in 2009-2012. amounted to 20,4%.

This is significantly higher than the total share of Russian Helicopters on the world market, which was brought up at the meeting by the Minister of Industry and Trade Denis Manturov. According to him, the total share of Russian Helicopters in the global market in 2013 reached 14% (obviously, the result for 2012 was meant, since it’s still too early to sum up the results of 2013, TSAMTO note). The criterion for estimating this share is by value or quantity, D. Manturov did not specify. In addition, the figure in 14% means, most likely, the total sales of helicopters: for export and for the domestic market (TSAMTO takes into account only export deliveries of military helicopters).

However, in any case, it can be argued that the most "weak" link is precisely the segment of export deliveries of civilian helicopter technology, which significantly reduces the overall figure for Russian exports. That is why the meeting focused on the need to increase the export of civilian helicopters.

As V.Putin stated at the meeting, "the growth of the share of Russian Helicopters in the world market was achieved, first of all, due to export deliveries of military helicopters."

According to him, “it is obvious that we need to seriously tighten the sector of civilian helicopters in order to ensure a balanced development of the industry, sustainable operation of enterprises for the future. The point is to significantly increase the volume of production and supply of civilian helicopters, both for export and for their own needs. ”

Ctrl Enter
Noticed oshЫbku Highlight text and press. Ctrl + Enter
We are
Russia firmly occupies a place in the global arms market 2 and will maintain its position in the foreseeable future.Multi-purpose helicopters rank first in export sales in the military helicopter segment
Military Reviewin Yandex News
Military Reviewin Google News
16 comments
Information
Dear reader, to leave comments on the publication, you must to register.