"Jihad" against youth and journalists

August 26 2013
23
Millions and millions of people know this joyful feeling of youth when you just graduated from school and entered the faculty you dreamed of. Behind are school years and memories of twos and fives, of friends and first enemies, of strict and good-natured teachers, of desks and changes, and in front there is a large and wide road that seems to run through life ...


Young Maria Ar-Rabia dreamed of becoming a doctor, heal people. Her surname in Arabic means "spring", and she was happy and beautiful, like a fresh spring day. The girl successfully graduated from school and entered the medical faculty of Aleppo University. On this occasion, she gathered friends, relatives and friends to the party. 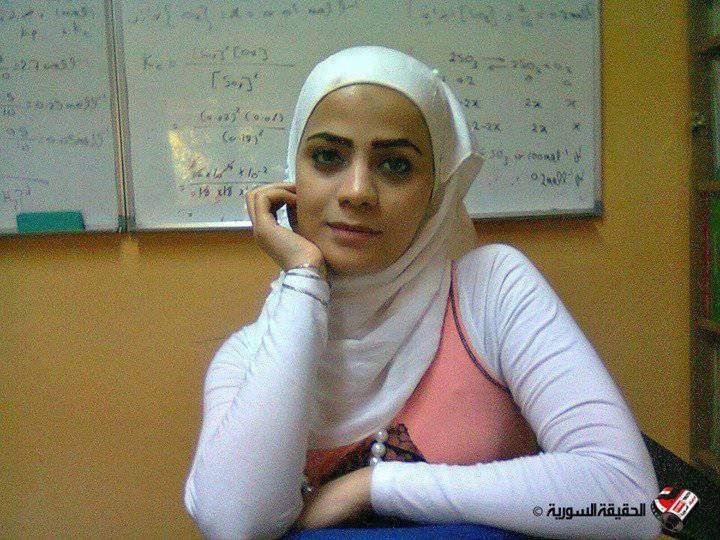 Yes, in the country - an alarming situation. Yes, in Aleppo - some neighborhoods are occupied by the militants of the so-called "opposition", who organize unprecedented atrocities. Yes, residents of the city fall asleep to the sound of gaps and shots. But yesterday’s children still want to live life to the fullest and breathe a peaceful air. I want to walk and have fun with friends, dancing and laughing. It would be desirable, in the end, just to sit mentally in a cafe and celebrate a holiday.
Young people danced to the groovy Arabic music in the cafe, which is located at the sports club "Al-Basel" in one of the peaceful neighborhoods of Aleppo. It would seem that nothing foreshadowed trouble ... But she was already busy among the guests. Hemmed in the image of the same young guy, as it turned out, 1995 year of birth, who for some reason did not want to live by himself, nor to let others live. Apparently, the “oppositionists” brainwashed him well with a fake “jihad” and promised Gurias in the next world. He even danced with young Maria before a powerful explosion was heard in the cafe, crossing out music, life and joy.

Initially, seven victims of a terrorist with a “suicide girdle” were reported. Later, the death toll rose to ten. About 30 people were injured. Among those killed was Maria Ar-Rabia who did not become a doctor. Among the wounded is her mother.

Syrian TV showed mournful footage. Exfoliating tables, blood on the floor - and in the blood lies a white shoe with high heels, which its hostess will no longer wear. And the next frame - a terrible bloody mess on the dirty floor, a pile of human meat, stained with evil and carrion - is something that recently was a suicide bomber.

It would seem - for what bandits, "jihadists" to kill this girl graduate, for which to cross a young, dream-filled life?
Most likely, the fact is that the party, among Maria's relatives and friends, was invited by the journalist of the TV channel "Al-Ihbariya" Hassan Mhanna. He is known for his courageous reports against bandits. Along with the correspondent Yaroy Abbas who was killed by terrorists in May of this year, she repeatedly conducted a live broadcast from the front line. 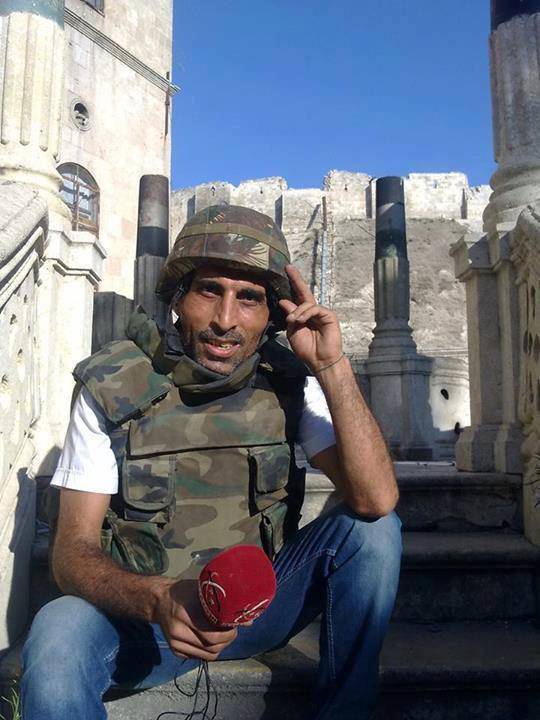 Al-Ikhbariya is the same TV channel that is so hated by hired criminals who hide their grave atrocities under the guise of either religion or democracy. His employees repeatedly paid for courage and patriotism. This is the same TV channel, whose studio was attacked last June. The one whose film crew was abducted in the village of Tell, near Damascus, was then released by the army, but one of the staff members was brutally shot to shoot 60 bullets. The same TV channel, whose correspondents, including Yara Abbas, repeatedly took pain and death at the hands of those whom the West considers to be “fighters for freedom”.

Surviving employees of Al-Ikhbarii constantly receive threats against them. The worst thing is that sometimes the militants manage to execute them. Hasan Mhanna was no exception, for the murder of whom the young girl Maria, who dreamed of treating people, did not regret ...

In Syria, in the meantime, journalists continue to die. Over the past few days, militants have killed two Iranian correspondents who shot a documentary in the province of Damascus. One of them was called Ismail Khidri, the other - Hadi Bahbani.

This is not the first case of reprisals against journalists from Iran. Earlier, in September last year, gunmen shot dead an Iranian correspondent for the Press-TV channel, May Nasser. At the same time, the head of the same TV channel, Hussein Murtada, who, fortunately, managed to survive, was wounded, and he continues to shoot his honest and courageous stories about what is happening in Syria.

As stated by the Iranian Foreign Ministry, the responsibility for the death of journalists is not only Salafi extremist groups, at the hands of whom they died. The crime involved and those who supply weapon these criminal Islamist gangs.

That is, for the crimes against the workers of the word and the microphone are the very forces that shout the loudest about the "freedom of speech"! That is - supposedly civilized West. Paradox?

It comes from terrorists and Western journalists. Thus, during the 7 months, a photographer from the United States, Matthew Schreyer, held a prisoner of Islamist militants. Then he miraculously managed to escape.

The journalist was interviewed by the New York Times, in which he said that the Islamists accused him of being a ... American spy. (Of course, such accusations sound very strange from the bloody lips of those who receive various kinds of “help” from the USA and use their patronage!)
The photographer was regularly beaten and tortured. But this Islamists was not enough. Using the prisoner's computer, the bandits removed funds from his bank account (this can be done in Syria only by having connections abroad). So that Schriyer's relatives did not raise a panic and did not ask themselves where he is, letters were sent from his email address that everything was alright with him. The kidnappers offered him to work for them as a courier and bring various equipment from abroad. They demanded a ransom of 3 million dollars.

The American newspaper, publishing the interview, noted that more than 15 nationals of Western countries, most of which are journalists, have been abducted since the 2012 by militants in Syria.

So what kind of “freedom struggle” can you still believe after this?

And in the north of Latakia province, Tamam Ward, a correspondent for the Russia Today TV channel, was injured. Fortunately, his life is out of danger.
... In the evening, 24 August in the Christian district of Al-Kassaa of Damascus thundered a powerful explosion of a mined car driven by a suicide bomber. From the cafe and a dozen cars a little left. Several people died ... Blood on the asphalt - and the rending sounds of the ambulance sirens ...
Terrorist attack in Aleppo - before and after

Ctrl Enter
Noticed oshЫbku Highlight text and press. Ctrl + Enter
We are
The railway bypassing Ukraine will be in 2017!Is there a solution to the problem of patriotic education of young people? Private initiatives
Military Reviewin Yandex News
Military Reviewin Google News
23 comments
Information
Dear reader, to leave comments on the publication, you must to register.