The construction of the MiG-35 is again postponed.

August 26 2013
51
In the course of the current rearmament of the Russian army, from time to time not only positive news, telling about purchases and deliveries of this or that equipment, but also sad news. The most recent example of the latter is the events around the MiG-35 fighter jets. In recent years, an ambiguous situation has developed around these aircraft: the plans of the Ministry of Defense have changed several times, as a result of which full-scale deliveries of MiG-35 fighter jets have not yet begun. 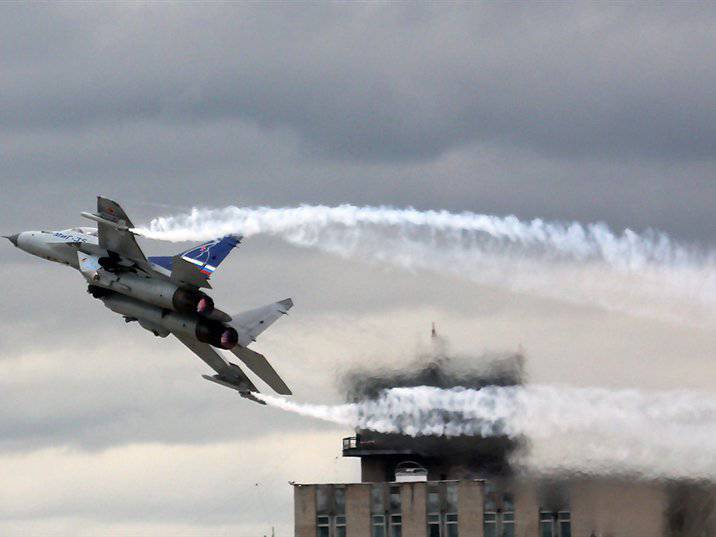 The oldest news regarding the future order of the MiG-35 fighters, refer to the 2009 year. At a time when the Defense Ministry and Sukhoi Company signed a contract for the supply of X-NUMX aircraft Su-48S, it was announced that at least two dozen MiG-35 fighters would appear in the air force. As can be seen after four years, such a contract was never signed. However, starting from 35, officials of the Ministry of Defense have repeatedly mentioned the possible early signing of an appropriate agreement and the start of the construction of production aircraft.

Only in June of 2013 did encouraging information emerge. The general director of the Russian Aircraft Building Corporation MiG, S. Korotkov, said that in a few weeks the first contract for the supply of 37 MiG-35 fighters at a price of about one billion rubles for each will be signed. In addition, at the same time there was information that, before the 2020, the Ministry of Defense intended to acquire a total of 72 fighters of this type. The signing of the first contract for the supply of the MiG-35 should have led to a number of positive events: after a long break, the Air Force would get a modern lightweight fighter, and MiG would be able to improve its financial situation.

It is worth noting, a couple of years before the latest events of RAC "MiG" with its latest development, took part in the Indian tender MMRCA. Under the terms of the competition, the winning firm must supply the Indian Air Force 126 fighter jets. Unfortunately, the Russian MiG-35 aircraft dropped out of the tender, before reaching the final. In this regard, the Russian Aircraft Manufacturing Corporation "MiG" could not get rid of their financial problems earlier. As a result, the expected contract with the Ministry of Defense of Russia currently remains the main hope for aircraft manufacturers.

The latest information about the contract for the supply of the MiG-35 appeared in mid-August. First, the media spread information according to which the delivery of light fighters has been postponed for several years for financial reasons. Some publications, citing sources in the military department, wrote that the Ministry of Finance put pressure on the military and they were forced to abandon their latest plans. At the same time, it became known that before the 2016, the air force would receive 16 new MiG-29CMT type aircraft, the price of which is slightly different from the cost of the MiG-35. Reportedly, the agreement on the supply of MiG-29CMT will be signed in the very near future.

On August 21, during the exhibition “Innovation Day of the Ministry of Defense”, the deputy head of the military department Y. Borisov specified the details of the unsigned supply contract for the MiG-35. He confirmed the postponement of the start of delivery of serial fighter aircraft, but at the same time he denied the participation of the Ministry of Finance in this. The main reason for the shift was the unavailability of industry. Enterprises involved in the construction of the MiG-35, at the moment can not fulfill such a large order. Therefore, the Ministry of Defense and Industry decided to postpone the start of production. A relatively small batch of MiG-29CMT aircraft will be ordered to support aircraft manufacturers and upgrade their fleet.

Shortly after Borisov, Deputy Prime Minister D. Rogozin touched on the theme of supplies. He said that in accordance with the presidential decision, now the only reason for making adjustments to the current state rearmament program is the industry’s unwillingness to perform a particular task. The program itself, including its financial aspects, will remain unchanged. Therefore, the only reason for the shift in the timing of the commencement of construction and supply of MiG-35 fighters is the problems of aircraft manufacturers.

In the current situation, the choice of equipment, the construction of which will begin shortly, looks somewhat strange. MiG-29MT and MiG-35 have a number of differences, but in some basic features are almost the same. In addition, both aircraft have about the same cost. In this case, the choice of a "temporary measure" in anticipation of the readiness of the industry for the construction of the MiG-35 may raise relevant questions. There have not yet been any official explanations on this score and therefore it remains to make various assumptions.

Perhaps the fact is that until the production of some components of onboard avionics equipment has been established, without which the construction of the MiG-35 will not be able to gain the necessary pace or it will not be possible at all. In addition, the reason for the quick order of MiG-29CMT fighters may be the fact that the Russian military air forces already serve 28 of such aircraft (they were built for Algeria, but the customer refused them).

Regardless of the specific reasons история With the MiG-35 fighters, it continues, and not what I would like to see. Due to the condition of some aircraft manufacturing enterprises of the Russian Air Force, they still cannot get the latest light fighter. Deliveries of the first serial MiG-35 are now worth the wait only in 2016. Considering the previous events around this aircraft, one cannot argue that in the future there will be no new deadlines or other equally unpleasant events. As a result, the promising aircraft is once again in limbo and its further fate raises a lot of questions.