Yuri Polyakov: “The authorities are criticized, but no one wants to be in her place” 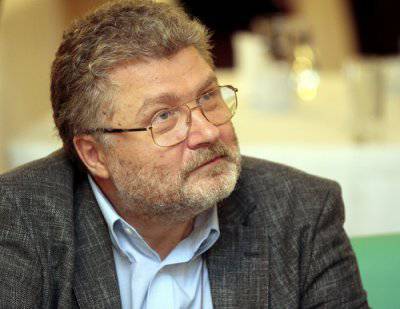 “Now, when the authorities are trying to somehow fix the situation, they all fell upon it with complaints. Nobody wants to try on her skin! ”- says Yuri Polyakov


The threat of the West

Sergei Grachev, AiF: Yuri Mikhailovich, your colleague Andrei Bitov believes that the government has almost built a wireless GULAG in the country. Do you share similar views?

Yuri Polyakov: Of course not! I do not understand, but what, in fact, is this Gulag ?! In the fact that the TV presenter on the air promises to hang the historian Yuri Zhukov? Or is it that Ekho Moskvy radio broadcasts the ideology of the West to us? Well, Bits says that the government suppressed the protest movement. And what was it, this movement? What were you protesting against? Against rigged elections to the Duma? This is complete nonsense! The rigged elections were in 1996, when Yeltsin was “elected”. Everybody is silent about this, preferring not to recall.

The current situation is much more complicated than our liberally-minded writers are trying to present it. Everything goes back to 1993, when a conflict arose between the legislative and executive powers. The reform policy across the knee provoked popular resistance. As a result, the parliament, which represented the position of the opposing majority, was shot. Yeltsin just sent everyone to hell. But neither Bitov nor the other liberal writers were embarrassed at the time, although I personally opposed such a turn of events. Then, in the fall of 1993, the country was at a fork! What do you want today if you yourself have launched the express Russian stories in this direction? Putin (such is the inexorable logic of history) - a machinist. He leads the country along the rails on which you moved the arrow.

S.G. "AIF": With 1993, about which you speak, exactly 20 years have passed. Why, then, have they started talking about autocracy, authoritarianism, usurpation? Do you have an explanation for this?

Yu.P .: Yes. In the 90, when Yeltsin led Russia to become a raw material and political appendage of the West, and possibly a conglomeration of independent neoplasms, the West was completely satisfied. As soon as Putin appeared with his idea of ​​returning sovereignty, the situation changed. Now we have every bit in the string! Judge for yourself: we have banned gay parades - and how many reproaches, how much condemnation from the West! And when the parliament was shot, no one in the world seemed to notice that much! And now, when the authorities are trying to somehow fix the situation - yes, with some kind of excesses, sometimes with stupid things, - they actively began to state complaints.

S.G. "AIF": I do not understand what the West is about and talk about the authoritarianism of power ...

Yu.P.: And while most liberal writers live by translating their books in the West. And this concerns not only writers. Many so-called opposition members also live on foreign grants. This must be said honestly. This is the first. And secondly, there are quite a few people, including among the intelligentsia, who firmly believe that the West wishes us only good. You start talking with such people, you ask: “If we have agreed with the West on disarmament, then why, despite all the promises, is NATO already near by us ?! If we are partners, if we agreed, why did their military bases practically put us to the temple ?! ”They don’t know the answer.

Probably, the conflict goes far deep into our history. The civilization code that we inherited from Byzantium doesn’t like the West very much. It always has been. In this, too, we must honestly admit, as well as that there is a powerful inter-civilizational war.

S.G. "AIF": Suppose you are right. Well, the fact that according to a number of polls the credibility of the supreme power is persistently falling, is the West also to blame?
Yu.P.: I fully admit that trust is falling. Well, do you know, for example, that the credibility of Barack Obama during his presidency has fallen by two or three times ?! And the credibility of French President Francois Hollande has dropped almost five times in general!

S.G. "AIF": So this is a normal political process?

Yu.P.: That's it! This is the natural course of political life! And there, in the West, they understand and accept it. Yes, a man came to power, did something, could not or did not have time ... And our intelligentsia is not surprised or disturbed by the fact that the same Americans or French, for example, do not go to the streets in droves! What are double standards in judgments?

Tantrums will not help

S.G. AiF: In America and Europe, living standards are high. And we have no cardinal changes for the better in this respect ...
Yu.P.: And why would our standard of living change dramatically? The Soviet system, which was sharpened, albeit at a slow, but increasing this level, was destroyed in 1991. I was not so long ago in the Vologda region ... "Gazprom" has not yet reached there - they are stoking firewood. Has the standard of living increased over the years of new history? For some, yes, but for most, no.

S.G. "AIF": As a result, Russia ranks first in the world in social inequality ...

Yu.P.: And what, this social gap arose under Putin? These are all the consequences of Yeltsin’s policy! Who told you that if a country was ruined, dismembered, shut down all the factories and sold off national wealth to some freaks at mortgage auctions, then everything can be fixed in 500 days ?! It does not happen! It takes decades. Putin got the ungrateful role of dismantling the chaos in the country. Nobody wants to take the position of power. As history shows, it takes many years of consolidation to lift a country out of chaos. And all the tantrums of the liberals are clearly not conducive to this, which worries me a lot.

S.G. "AIF": But do not you think that the government still sometimes goes beyond what is permissible? When law enforcement officers openly make it clear that you can plant anyone ...

Yu.P.: It's hard to argue with that. The power really sometimes gives unforgivable reasons for the opposition. It is also true that most people do not have the feeling that everything in the country is done according to the law. But this is not a problem of the central government! This is a problem of crisis, corrosion of the judicial system. And I also have a lot of complaints about this. We, the writers, have been struggling for many years with a group of gangsters who seized writers ’property. My house was attacked, my wife was beaten - the investigation did not end there. They burned the writer Oleg Mikhailov along with his house, because he did not want to give in ... We turn to the authorities for help, and they say: "You, the writers, wanted freedom, so figure it out yourself!" But wait a minute! Our bankers also wanted free enterprise. However, when they find themselves in a difficult financial situation, the state rushes to their aid with all its gold reserves. How are writers worse? That's when those who struggle with the government on a commercial basis, including for the money of the West, and those who are offended by it because of bureaucratic indiscretion, unite, then collapse will really come. But here I want with hope to recall the romantic assumption of the poet Nikolai Tikhonov that “people in the Kremlin never sleep” ...

Ctrl Enter
Noticed oshЫbku Highlight text and press. Ctrl + Enter
We are
A great interview with Sergey Lavrov: about Ukraine, Obama and IranWhat you didn't want to know about England
Military Reviewin Yandex News
Military Reviewin Google News
81 comment
Information
Dear reader, to leave comments on the publication, you must to register.