Star Wars is getting closer

August 23 2013
29
In outer space is becoming more closely. Nowadays, only operating satellites are in near-earth orbit around 1000, not to mention various space debris. Satellites retransmit television signals, provide communication, help car owners cope with traffic jams, watch the weather, synchronize the activities of global financial markets, and perform many other tasks. Their capabilities are in demand by many armies of the world.


For several years now, the Bundeswehr has been using 2 satellite communications for its purposes, which allow wiretapping protected telephone conversations, Internet access without any risk, and video conferencing. In the field of navigation, Germany is still using the American satellite GPS system, but the strategic importance of positioning on the ground is so great that Europe, like Russia and the PRC, is working to create its own navigation system. Cornelius Vogt of the German Foreign Policy Society (DGAP) notes that in the realities of the modern world no one wants to be absolutely dependent on anyone else, even the United States, which is one of our partners in the NATO bloc.

Currently, the international community allows the use of satellites for military purposes only on the condition that it will contribute to the maintenance of peace in the world. For example, according to estimates of the UN Institute for Disarmament Research (UNIDIR), spy satellites are currently contributing to the stability of the situation in Southeast Asia, since with their help India and Pakistan can monitor each other’s military movements. However, with the increasing strategic importance of space satellites, the temptation to neutralize them also increases. Therefore, when in the 2007 year, Beijing destroyed its own meteorological satellite by rocket as an experiment, this was the subject of sharp criticism from the world community and China. And when a year later, the United States shot down a damaged satellite with a missile, this caused a backlash from Beijing. 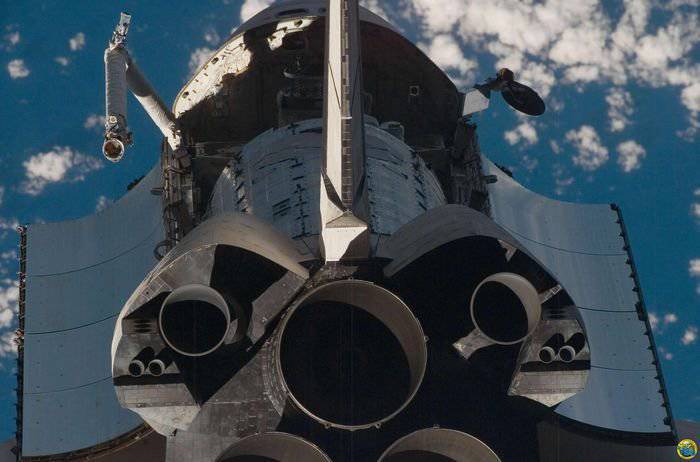 The current international situation and the trends of the emergence of new military conflicts on the planet allow us to say that the well-known ideas about the conduct of war are already seriously outdated. The goals of future wars are not the seizure of the territories of a conditional enemy, but the application of accurate strikes at his main pain points. The massive use of ground forces and armored vehicles is fading into the background. The role of strategic aviation. The emphasis in the traditional concept of “strategic weapons” from the “nuclear triad” is increasingly shifting to non-nuclear weapons based on high-precision systems weapons (WTO) a variety of ways of basing.

In turn, this leads to the placement in space of an increasing number of orbiters providing: satellite warning, reconnaissance, target designation, forecasting, which themselves need defense and protection. According to estimates of military experts, for example, Vladimir Slipchenko, who left not so long ago, already in the current decade the number of WTO from leading states of the world will increase to 30-50 thousand, and by 2020 year - to 70-90 thousand. The growth of high-precision weapons systems will be associated with the buildup of satellite constellations, without which all these weapons, capable of hitting a mosquito-sized target, will turn into the most useless hardware.

So hundreds of seemingly innocent "passive" spacecraft, which themselves are not shock systems, turned out to be an integral part of the main weapon of the 21st century - high-precision. Does the above imply the fact that the militarization of space, which is caused, among other things, by the need to protect satellite constellations, is only a matter of time? If we bear in mind the deployment of percussion weapon systems, that is, those systems that are able to independently destroy targets in space, on Earth and in the atmosphere, in a near-earth orbit, then yes. In this case, the cosmos risks becoming a “gun turret” that will hold the entire Earth at gunpoint. 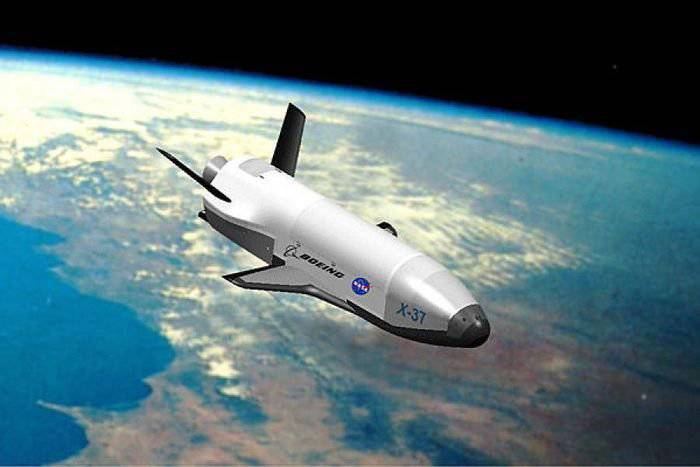 To date, the most significant potential for the militarization of space has and is capable of realizing this potential in the foreseeable future, primarily the United States, Russia, and the PRC. In this case, the undisputed leader is Washington, which has a substantial arsenal of advanced space technologies, as well as a sufficiently developed, powerful scientific and technical base for the development and, possibly, adoption of certain samples of anti-missile and anti-satellite ground-based, sea-based and aerospace systems. coming years. The administration of US President Barack Obama actually operates in this area based on the principles that were developed by the commission chaired by Donald Rumsfeld as early as 2001. These principles recommend to vigorously implement the option of placing weapons in outer space to repel a threat and, if necessary, to protect against attacks on US interests.

In the past two decades, China has sharply intensified its work in the space sector. The fast-growing industry and the very high scientific and technical potential of this Asian country allow it to allocate huge funds for these purposes. Today, China’s military space program is aimed at developing means capable, in the event of a military conflict, either to prevent or limit the use of space weapons by an adversary against Chinese spacecraft, as well as ground-based objects of strategic importance.

In the interests of solving the designated tasks, not only research on the development of various types of space weapons, including radiation, kinetic, microwave, etc., is conducted, but also practical work on the study of anti-missile and anti-satellite technologies. An example that proves well is the PRC tests of anti-missile and anti-satellite weapons, which took place in 2007, 2010 and 2013. 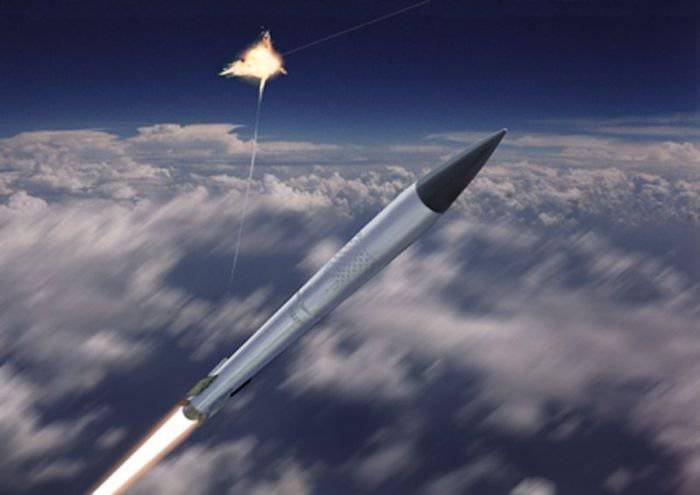 According to Russian experts, at this stage of development, there is a possibility of placing and using in outer space 3s of the main categories of weapons: directional energy weapons, kinetic energy weapons and ordinary warheads delivered into space and from space. That is, first of all, such systems and types of weapons as kinetic, laser and beam. In this case, this weapon can be both space, and ground, sea or air-based. According to its purpose, it can be divided into anti-satellite, anti-missile, anti-aircraft weapons, as well as weapons used against land and sea targets and objects.

Experts believe that it is interceptor missiles that could potentially become the first really deployed weapon in outer space. Space provides the possibility of effective use of interceptor missiles and vehicles, which can be equipped with both non-nuclear and nuclear warheads, hitting military satellites and enemy missiles either by the impact of fragmentation elements of high-explosive ordnance, or by direct collision with them. A phenomenon that appeared relatively recently in global space activity is the miniaturization of spacecraft and satellites, including military ones. Nanotechnologies and modern materials make it possible to deploy compact, lightweight and cost-effective spacecraft in outer space that can effectively solve various tasks, including the destruction of larger satellites and space objects.

Implications and risks of a possible arms race in space

Today, many military experts believe that space weapons can be safely attributed to strategic weapons, since the state that can deploy such weapons in space will receive significant advantages. In fact, such a country will be able to monopolize access to space and its use. Currently, there are several main objectives for deploying space weapons: developing new capabilities for attacking enemy air and ground targets, strengthening the missile defense system (combating strategic ballistic missiles), creating the possibility of a sudden failure of the main space systems of a potential enemy. to significant material damage. 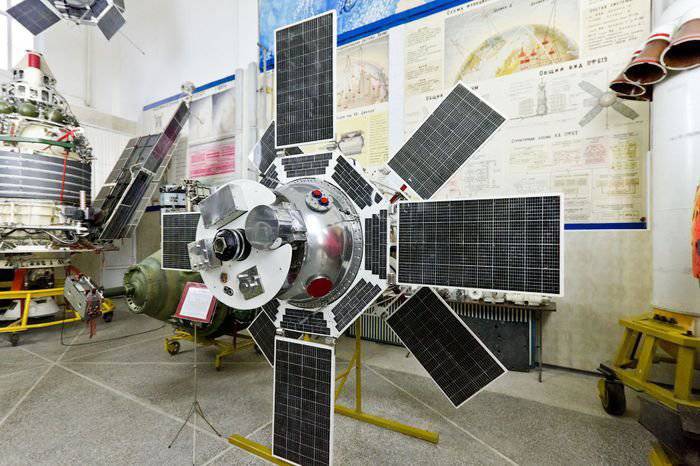 Risks associated with the operation of space systems of armaments: a rather high probability of man-made errors in military systems and a large amount of damage in case of failure of civil systems (meteorology, navigation, etc.), very often working in the interests of several states at once. According to the estimated information of the American expert Michael Krepona, the use of satellites in the world economy brings the global space industry an income which is more than 110 billion dollars a year, more than 40 billion dollars from this amount falls on the USA.

Taking into account the fact that the United States has made the most significant investments in space assets and is more dependent on them in conducting global military operations, the potential vulnerability of these assets to relatively simple means of destruction represents a more serious threat than any other possible danger in space. Therefore, speaking objectively, the ban on space weapons would be mainly beneficial to Washington, in order to protect its own assets.

Other consequences of a possible space weapons race include the clogging of the near-Earth orbit: testing and increasing the anti-missile and anti-satellite orbital groupings can lead to man-made obstruction of space, primarily low orbits, which will adversely affect the solution of Earth remote sensing problems, as well as manned programs. In the international political process, this can seriously damage the existing world structure of agreements on the limitation of various weapons systems, first of all nuclear missiles. It can be an incentive for a new round of the arms race, and help to weaken control over the proliferation of weapons of mass destruction and missile technologies. 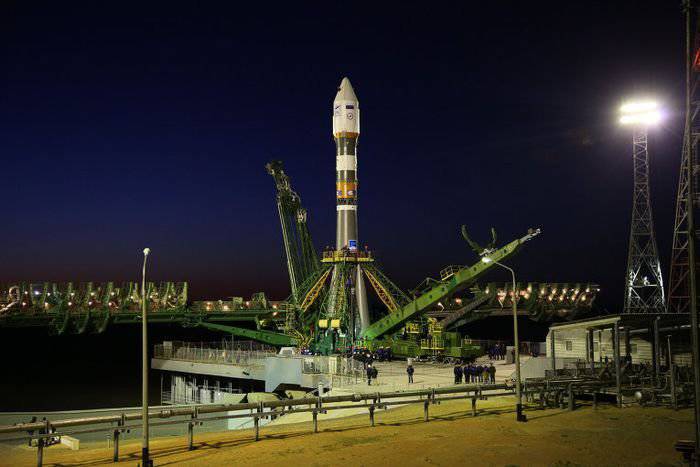 During the Cold War, space in general remained peaceful. The Soviet-American ABM Treaty undoubtedly played a certain deterrent role, which, among other things, imposed a restriction on the creation by both states of systems or separate components of antimissiles based in space, and also obliged both powers not to interfere with national technical means of controlling the other party . However, not wanting to remain bound by this agreement, the United States withdrew from it unilaterally in the 2002 year.

In modern conditions, Washington’s military space ambitions can be restrained only by strengthening the already adopted and existing international legal norms and agreements that prohibit the use of space for deploying a weapon there. An important measure on this path could be the accession of the United States and other world powers with a space strike potential to the Russian moratorium on the non-deployment of the first weapons in outer space, as well as full-scale negotiations on the implementation of the Russian-Chinese initiative to create a treaty on preventing the deployment of weapons in space (PPJT). Unfortunately, the launch of such negotiations at the Conference on Disarmament in Geneva has been hampered for many years by the actions of the United States and a number of other states.