Orientalist Said Gafurov: “The purpose of a crude provocation is the breakdown of peace negotiations”

August 23 2013
16
The UN Security Council is "seriously concerned" about the use of chemical weapons. Damascus denied accusations. The Ministry of Foreign Affairs of the Russian Federation indicates: the attack was made from the standpoint of rebels 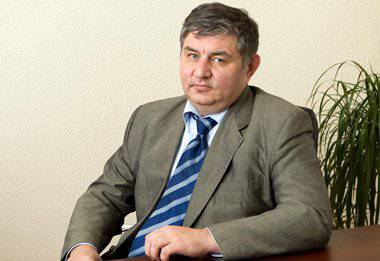 The head of the research center "GDP" Said GAFUROV comments:

- The government could not use chemical weapons also because its use in Syria is very strict. The mode of its potential use is similar to the mode of use of atomic weapons in countries where it exists. Chemical weapons can only be used with the simultaneous order of the three top military leaders.

The use of chemical weapons from a military point of view for the Syrian army today is meaningless. It is used, for example, to suppress artillery batteries, but in the city it is inefficient.

The Russian Foreign Ministry has reliable information about what is happening in Syria, there is a military attache apparatus, a naval attache apparatus, an investigation has been conducted proving the use of a home-made missile from the position of the rebels. It is similar to the rocket that was used in March. If our Foreign Ministry claims, then there is 100 percent evidence, including satellite intelligence.

Now we are preparing for the second round of the international conference on Syria. The provocation is aimed at its failure.

The world realized that the majority in Syria supported its president. And that the threat of Islamism is very serious, and the threat of instability spreading from Arab countries is great.

The Syrian army won, and it does not need to use chemical weapons - it is the weapon of the weak. If you win the war by ordinary means, why should it?

The most active in the propaganda against Syria are the media close to Western oil and gas monopolies. Which shows who benefits. It is very bad that a part of the Russian media in the presentation of information about Syria share the point of view of Western media that chemical weapons could use power. Western politicians accusing the Syrian government, most often in the literal sense, are protégés of companies with colossal interests in Syria.

Now UN inspectors are investigating the situation with chemical weapons. But their conclusions will be hushed up, and the anti-Syrian propaganda "howl" will start to drown them.

There are a lot of people in the West who understand that the use of chemical weapons is a crude provocation. But it is not aimed at Syria, but towards the fact that inside the West, supporters of the war took over peacekeepers, to disrupt the peace conference.

The arguments of Russia, China and other countries claiming that armed intervention in the conflict is unacceptable, on the contrary, it is necessary to put pressure on the rebels, in order to stop the hostilities by them, is very strong. Russia's position on this issue is flawless.

We do not protect President Assad. And he himself said that he did not need protection from Russia, he needed her objectivity. Yes, Assad should win the presidential election, but if the other wins, we will develop relations with him. Russia is not for Assad, but for peace in Syria.

The West wants war, hoping that something will happen to Bashar Assad. If he wins the election, his legitimacy will be much higher.
The aim of the monstrous provocation is hardly to justify a possible aggression, I don’t think that NATO is ready for it. The goal is to disrupt the peace negotiations, to delay the armed conflict.

The government’s accusation is beyond cynicism, beyond lies. But we must understand that the Western media generally broadcast what the “masters of life” demand from them.

It is necessary to oppose our opposition to the information pressure. Our media resources are smaller, but on our side the truth, which, in the end, always wins.

Ctrl Enter
Noticed oshЫbku Highlight text and press. Ctrl + Enter
We are
A great interview with Sergey Lavrov: about Ukraine, Obama and IranRevealed the secret of provocation in the American Boston
16 comments
Information
Dear reader, to leave comments on the publication, you must to register.