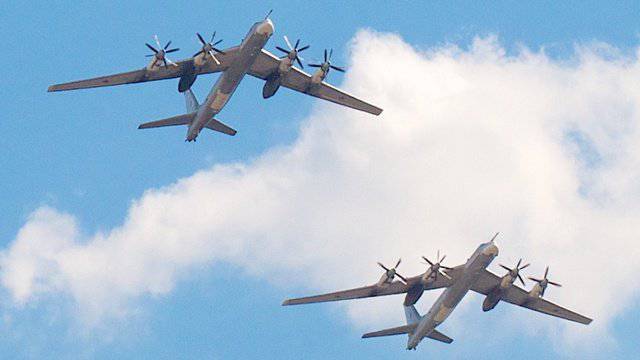 The Japanese Ministry of Defense added that it had been ordered to lift into the air four F-2 fighters of national self-defense forces to intercept two Russian Air Force bombers, ITAR-TASS reports.

According to the ministry, two Russian Tu-95 bomber on 12: 09 local time (07.09 Moscow time) entered Japanese airspace northwest of Okinoshima Islands (Fukuoka prefecture). The aircraft of the Russian Federation left this zone in less than two minutes.

According to the Japanese Defense Ministry, this was the first violation of the country's airspace by Russian aircraft since February of this year.
Ctrl Enter
Noticed oshЫbku Highlight text and press. Ctrl + Enter
We are
Reports from Strelkov Igor Ivanovich 18-19 July 2014 of the yearThe situation in the south-east of Ukraine. Chronicle of events. 3 May
Military Reviewin Yandex News
Military Reviewin Google News
63 comments
Information
Dear reader, to leave comments on the publication, you must to register.