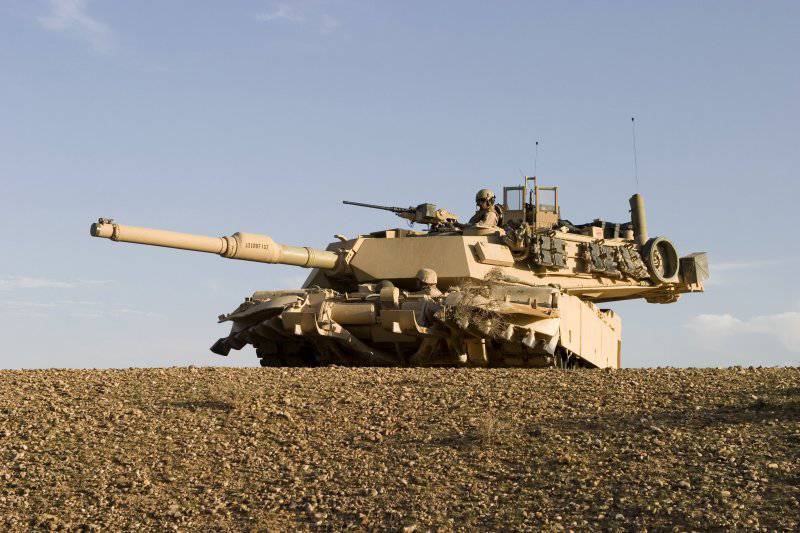 Intelligent cladding can be used not only in aviation. The American company TARDEC is conducting experiments to create a protective material for tanks, armored vehicles and even bulletproof vests, which itself will signal possible damage.

The English word smart, which is usually translated into Russian as “smart”, was so much liked by advertisers and marketers that everything around was “smart”, including wall paneling and siding. However, if we are talking about smart skin - “intellectual skin” for airplanes, UAVs, vehicles, military equipment, we can say with certainty: in this area of ​​the mind you will have to apply a lot. Engineers and mathematicians have things to do for years to come.

Aviation Intelligent Pane (IO), as we see it in the future, is a distributed, multifunctional robotic system of miniature transceiver modules of radar and optical-location purposes, as well as modules for conducting cyberwarfare. Modules in a certain topological order are implanted into the IO material, which exactly repeats the contours of the aircraft body.

The cladding material is also a “smart” substance capable of self-healing, and most importantly, it is able to independently respond to external influences. Such materials are able to diagnose themselves, they "feel" where trouble may arise, and adapt to them. " Such materials are obtained on the basis of artificial nanostructured composites and metamaterials with an internal nanometer-scale structure. In these structures, nanoparticles of various chemical elements are used: metals, silicon, etc.

Polyethylene, polypropylene, polyethylene glycol, Teflon, etc. can be used as the polymer base of the composite. Thus, smart skin is a serious program for creating an aggregate of breakthrough technologies in which many organizations and firms of developed countries are involved.

When analogies are appropriate

It is believed that the Oncological Institute will use many properties of the skin of humans and animals, and not only in terms of protection from the external environment. This “skin” will ensure awareness of everything that exists around the aircraft, will provide it with the necessary information to accomplish the target task — in particular, to detect and identify the target, aiming and launching weapons.

It will also be used to take counter measures in case of danger and direct threats to the aircraft. In the IO, as in the skin, there will be sensors (receptors) that are configured to perform specific functions. Of course, artificial intelligence will be used to control the EUT, a high level of robotization will be provided, the “behavior” of the skin material will be taken into account.

Another interesting analogy can be made with the phenomenon of the so-called galvanic skin response. The meaning of this phenomenon is to change the electrical resistance of human skin, depending on various kinds of emotional outbursts. Since the last century, this topic was mainly interested not in engineers, but in psychologists who tried to link changes in the electrical properties of the skin with specific reactions of the nervous system. But the very idea of ​​continuously monitoring the properties of the skin / skin for the sake of early detection of problems can be productive in the technical field.

This was recently demonstrated by the American company TARDEC. She tested a new type of armor tank, which not only captures the readings, but also assesses the degree of destruction, the size of the hole and even the type of ammunition flown. This effect is provided by vibration sensors built into the armor, which form related information pairs that react to the nature of the destruction of the armor.

The sensor-emitter generates vibrosignals, and those spread in armor and arrive at the sensor-receiver. If the parameters of the received vibration signal are not different from the norm, then all is well: there are no holes yet. If there is no reception or the signal is weakened, the armor most likely got a hole. The on-board computer analyzes the sensor data and reports the results of the analysis to the crew, who must take the necessary measures.

The year before last, it was reported that engineers at Stanford University were working on an upholstery for the aircraft, penetrated by a network of interconnected sensors that could collect information from the entire surface of the aircraft, starting from aerodynamic data and ending with the location data of the surrounding space - to prevent collisions.

At the heart of this project, it is not difficult to notice, biomimetics, or bionics, that is, imitation of nature, which created the skin dotted with receptors.

Another analogy suggests itself - with involuntary, at the level of a reflex, reactions of a living organism. In bright light, the eyes reflexively close, the hand spontaneously withdraws from the hot. Such reflexes can be instilled in “smart materials (for example, with shape memory) and also used in intellectual casing.

History The EUT began with conformal antennas, which are so named because they repeat the contours of the aircraft body. The initial task was to prevent these elements from projecting outward, increasing the frontal resistance of the aircraft. The transition to the technology of conformal antenna arrays containing a large number of transceiver modules of many airborne radio systems (there are more than a dozen of them on modern aircraft) allows creating a single antenna unit of a multifunctional integrated radio system (MIRS) covering different operating frequency ranges.

The antenna arrays turned out to be very high-tech for the conformal layout in the aircraft body, since the small dimensions of the transceiver modules made it possible to better track the curvature of the surface of the side plating.

Initially, the antennas were attached to the body using mechanical threaded or riveted joints, which, generally speaking, is not very technological. At the end of the last century, conformal antenna arrays with a flexible substrate made of a special polymer material appeared in which transceiver modules were implanted.

The thickness of the antenna was thus small, and it simply “stuck” to the body like a decal. And this has already been a very serious step towards future full-size IOs that can not only solve standard targets detection tasks, but also determine what damage should be done to them. For example, in the case of missile defense, this could be a blinding of a homing head, a cyber attack in order to disable onboard systems, or simply the destruction of an intercepted enemy missile.

How many levels left?

In the West and in our country, very similar assessments have been made of the level of readiness of technologies for use in military technology. There are nine such levels in total, and the state of technology development is determined by them and the probability of its receipt at each level is estimated. There is also an idea of ​​the onset of a critical level at which a cardinal decision should be made to stop the work or continue it.

For example, the Pentagon’s “brain trust” - the DARPA agency - considers the level of 6 critical, at which the probability of success is 0,55 – 0,65. It is at this level of 6 that today's IO developments are. By 2020, the year is expected to reach the level of 8 (the probability of success of 0,75 – 0,85), and by 2025, the output to the last level of 9 with the completion of development. DARPA believes that a full-size IO will be able to appear in 2030 on 6 generation fighters. To move from abstract figures to specifics, it is worth explaining what exactly is meant by the levels of 6 – 9.

The 6 level implies the creation of a prototype - a technology demonstrator. Since this level is critical, the fate of the project as a whole depends on the success of the demonstrator tests. At the 7 level, a successful demonstration of the working capacity of the prototype in real conditions or when simulating them is required. The 8 level implies a demonstration of a pre-production sample, and, finally, the 9 level will be marked by the adoption of a new technology for use in combat and in real conditions.

With the opinion of Americans as a whole, our specialists agree. According to representatives of the NIIP them. V.V. Tikhomirova, the developer of MIRS for the PAK FA T-50, IO in full-size version will appear on the domestic aircraft generation 6. The IO complex will contain transceiver radar modules, optical sensors, as well as modules for conducting cyber attacks. It will contain software for controlling the EUT as a decentralized robotic distributed system.

It was stated that a number of IO elements had already been developed and specifically for T-50, and their use would increase the field of view around the aircraft. On the surface of the T-50 body, the order of the 1500 miniature transceiver modules of the phased array antenna can be distributed. Modules will be installed in stages.

The developers believe that the IO technology requires it to be laid in the design of the aircraft already at the design stage and implementation, together with the manufacture of the aircraft body. For this reason, the EUT cannot be used as a new development for the modernization of mass-produced aircraft, since it is fundamentally impossible to integrate into their body.

Now conventional airborne radar stations are working on algorithms for space-time adaptive signal processing, taking into account the influence of wave interference. Such a technology can also be tied to one-dimensional flat antenna arrays, the resulting signal from which will be a simple superposition of point emitter signals without taking into account their mutual influence.

For radar radars with conformal antenna arrays, many assumptions used in models of adaptive information processing from flat antenna arrays simply do not work: they lack the equations for the surface of a conformal lattice, and it often has a very complex spatial architecture.

Complicated architecture is also a problem of antenna layout on an aircraft body, especially when it comes to intelligent casing, which should act as a unified on-board locator. We have to deal with a large number of transceiver modules embedded in the casing (they can be 10 ** 3 - 10 ** 4 pieces), forming a distributed system with a specific topology. Otherwise, it will not solve the problem of matching radiation patterns and electromagnetic compatibility.

And all this should be incorporated into the algorithmic support of the skin. Traditional mathematics with the representation of signals in the space of integer dimension and smooth functions are not suitable for such conformal antenna systems. A completely different mathematics is needed, but it will not be necessary to invent it: its foundations have already been created by Leibniz, Riemann, Abel, Lagrange, Letnikov, Heaviside.

It is used in calculations of the processes of heat exchange, diffusion, viscous elasticity, in cosmogony, nuclear physics, where we have to deal with complex spatial fluctuations of phase transitions, with instability at critical points, with regions of existence on "cut-through" surface structures.