Space industry: on the verge of change 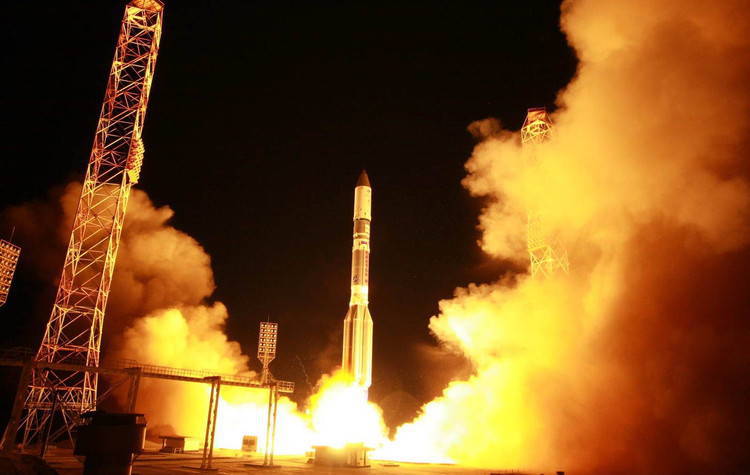 The decision on its restructuring has already been made and will soon be announced.


“Something seems to be going wrong,” the host said. News of the federal channel, watching as the Proton-M booster rocket streams flat to the ground. Spectacular shots of the catastrophe attracted the attention of the leadership and the public to the Russian space industry and urgently sought an answer to the question of what exactly was going “wrong” in it.

Although for specialists and analysts, he has long been known. “Systemic crisis” - this phrase is spoken by most of them when it comes to the state of affairs of the Russian cosmonautics. This is undoubtedly a fair definition, but still, in my opinion, emphasis should be placed.

The crisis of the space industry is primarily a personnel one. Formally, there are no problems with personnel: officially, thousands of people are working at the space industry enterprises at present, 244 - more than anyone else in the world. However, firstly, among these employees there are extremely few people of middle, most productive age. The enterprises employ either old people or young people who have no experience. Secondly, such a large number of employees is primarily a result of the extremely low productivity of labor. The Russian economy as a whole and industry in particular are less efficient than in Europe and the USA. However, in no industry is there such a gap between Russia and the Western countries in working out per person employed, as in space. For reference: the number of personnel of the European leader in the production of space satellites of the company Thales Alenia Space is about 7.5 thousands. Its annual turnover in 2012 year - about 2.1 billion euros - the amount of almost half of the total turnover of all the enterprises of the space industry of Russia taken together, which, I recall, according to official data, generate a quarter of a million people. Another example is the American private company SpaceX. The entire cycle of work, including the development and construction of a family of Falcon launch vehicles and Dragon spacecraft, is carried out by personnel numbering around 1800. For comparison: the Russian FSUE “GKNPTs named after MV Khrunichev”, which performs approximately a comparable amount of work, has, according to the enterprise itself, 43.5 thousands of employees. Low labor productivity, in turn, is a key reason for the persistently low wages in the Russian space industry — it is too many consumers to divide the pie of government orders, and it is difficult to compete on the international market. The consequence of low wages naturally becomes the outcome of the industry's best cadres. Most of the representatives of foreign companies I know and collaborate with the enterprises of the space industry in Russia, without saying a word, call the most advanced and globally competitive Russian enterprise of the branch of OJSC Information Satellite Systems named after Academician M. F. Reshetnev. Why? Due to their remoteness from the center and the low average standard of living in their region, they simply retained most of their human resources. Of our other leading enterprises based in Moscow, Korolev, Moscow Region and St. Petersburg, the more rapidly developing sectors of the economy of the two capitals simply sucked the best shots. Only a few of the staunch cosmonautics fanatics remained, or people whose labor qualities do not allow them to find high-paying jobs.

Solving the personnel problem is impossible without consolidating the space industry and seriously reducing both the number of enterprises and the number of their personnel. This is obviously the leadership of Roskosmos, and the federal agency defended the idea of ​​creating a state-owned corporation on its basis, similar to Rosatom, and transferring state-owned assets to its management. Such a step would make it possible to make the necessary reductions, to improve the manageability of the industry and, as a result, to increase both labor productivity and product quality. However, on the path of reform was the resistance of enterprises that did not want to part with independence. The current situation is very convenient for them - living on government orders, they exist in essentially non-competitive environment and the issue of production efficiency and product quality is secondary for them, and responsibility for the failure lies primarily with Roscosmos. In addition, local authorities are against cuts in enterprises, fearing the loss of a reliable electorate.

On the account of the current head of Roscosmos Vladimir Popovkin there are a number of bold and necessary decisions that his predecessors did not dare. Shortly after his appointment, he began a campaign to identify misuse of funds. To conduct unscheduled inspections, Roskosmos commissions were sent to many enterprises of the industry. Then followed a series of resignations of managers of the industry. By the decision of Popovkin in October 2011, the frankly “sawing” project of creating a family of launch vehicles “Rus-M” was stopped, which, it seemed, should have replaced the “Unions”. Opponents of the head of Roskosmos blame this decision, recalling that the state spent more than 1.5 a billion rubles on the development of Rus-M. At the same time, it is somehow forgotten that in this way the embezzlement of budget funds for designing a rocket with an uncertain future, which has no clear advantages over the modernized Soyuz, and which most likely would never fly, was stopped. Several more corruption troughs were covered. In response, the leaders of large enterprises in the space industry started a real information war against the head of Roscosmos, which, with a few interruptions, has been going on for two years now. They failed to achieve success - the country's political leadership has shown that Popovkin has a sufficient stock of trust. However, the head of Roscosmos lacked to launch a project for large-scale reform of the hardware industry. The hope for a change in the situation was introduced in April of this year by President Putin, who invited the government to consider the creation of a space ministry. That was how the space industry was organized in the USSR - its enterprises were subordinate to the Ministry of General Engineering. Apparently, the Proton-M catastrophe that followed in July, caused by industrial negligence, exacerbated by the missile’s constructive flaw in the absence of “fool protection”, strengthened the country's leadership in the need to restructure the industry. On the sidelines of the space department there are rumors that the decision has already been made and will be announced soon.

Restructuring of the industry will inevitably be accompanied by a revision of the Federal space program. Obviously, they will continue the trend begun by Roscosmos to make the program more pragmatic. A reduction in the share of expenditures on a manned space program, which has a near-zero economic effect, will be accompanied by an increase in the cost of launching satellites required by the Russian economy. This is quite consistent with global trends: the European Space Agency, for example, does not have its own manned programs at all - and nothing, they do not consider themselves to be detrimental. As part of this concept, a new Russian remote sensing satellite Resurs-P was launched in June 2013. By 2015, Roskosmos plans to bring the number of such devices to 16 and provide Russian companies in the cartographic industry with domestic 60 percent pictures (now less than 10 percent). Also in the coming years, it is planned to significantly increase the number of communication satellites, to complement the grouping of satellites of the global navigation system with modernized Glonass-K satellites. In addition, an important component of the Roscosmos strategy was the expansion of participation in international space programs. In March of this year, the heads of the Russian and European space agencies, Vladimir Popovkin and Jean-Jacques Dordain, signed an Agreement on cooperation in the study of Mars and other bodies of the Solar System using robotic means. Not forgotten military and research astronautics. The group continues to grow in the interests of the Armed Forces of the Russian Federation - in June of this year, new satellites of the Condor and Cosmos-2486 optical-electronic reconnaissance missions were launched. In the coming years, the Spectra radio telescope will be added to the already existing radio telescope Spectrum-R to study outer space in the X-ray and ultraviolet ranges. Finally, over the past couple of years, work on the construction of the Russian Vostochny cosmodrome and the creation of a new Angara launch vehicle has been significantly intensified, which should replace the ill-fated Protons. All the steps taken allow us to hope that the national space program will successfully survive the current difficult period and Russia will retain its position in the list of leading space powers.

Ctrl Enter
Noticed oshЫbku Highlight text and press. Ctrl + Enter
We are
"Proton-M" waiting for serious competition with the American rocket "Falcon 9"The road to the stars. The crisis of modern cosmonautics
Military Reviewin Yandex News
Military Reviewin Google News
12 comments
Information
Dear reader, to leave comments on the publication, you must to register.