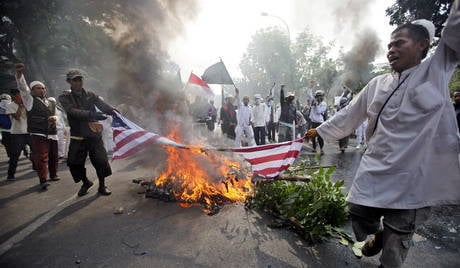 In its intensity and tragedy, the political changes affecting the Middle East resemble Europe in the mid-19th century. Then (1848 - 1849) unrest swept the North and Northeastern Mediterranean: France, Italian and German states, including Austria, in which Italians, Hungarians and Croats and Romanians expressed their national aspirations. Modern events, which territorially incorporate the Southern and South-Eastern Mediterranean (Libya, Tunisia, Egypt, Yemen and Syria) look more interdependent than large-scale: Napoleon III Europe had only the telegraph at its disposal, and the population of the Middle East widely uses the Internet, mobile telephony, radio and satellite television.


However, the case is not limited to technology. At the beginning of the second decade of the 21st century, the world order created in the fields of Bretton Woods, Yalta and Potsdam cracked; The global financial and economic crisis of 2008 shattered the former confidence of the dollar as a tool of accumulation on a planetary scale, inflating the already agonizing inflation for the peoples of the South. The countries of the Middle East, more than others, changing oil for dollars, were the first to feel the changes.

His Majesty the Suez Canal

International politics recognizes only power and does not know emptiness. As soon as the hegemonic power weakens and a vacuum is formed in the zone of its responsibility, it is immediately filled with another power or group of powers. Such a fate was prepared for Britain in two world wars, which can be called "wars for the English inheritance." In the XXI century, Washington, as if driven by evil fate, follows the path of London. However, this time, the role of Germany, pacifying British pride, is played by Egypt - the largest Arab State in the Middle East (85 million), exercising military control over the Suez Canal, which accounts for about "10% of world sea communications" (2 ).

But it will be after. In the meantime, we turn to the second half of the XIX century. Narrow waterway "a hundred miles long, dug through the Egyptian desert to link the Red Sea with the Mediterranean", the Suez Canal, built to 1869 by French engineer F. Lesseps, turned into "our highway to India", according to the Prince of Wales, having passed already in 1875, (with the support of the English branch of the Rothschilds) under the control of the British crown (1, C. 514).

The channel, convenient for businessmen and travelers, reduced travel time to India by half; The channel’s significance was strategic, it was the main artery, the vital artery of Britain, connecting England with India and Southeast Asia. Protection of Communications with India formed the basis of the British security strategy. The British armed forces were permanently stationed in this zone. The military significance of the channel became absolutely clear during World War II, when the British in El Alamein did everything to stop the German General Rommel and keep him off (1).

In the world of geo-economics, when control for the transport artery actually means domination not only over one state, but also over a group of countries, the Suez Canal "began to play a new role - the role of the main not for the empire, but for oil"; provided “a path for growing volumes of oil from the Persian Gulf to Europe, reducing the distance to Southampton around the Cape of Good Hope from 11 000 to 6500 miles” (1, C. 515).

This strategic factor does not give rest to the British and Americans in their mutual struggle for Egypt. The result of the struggle is obvious - “presidential leapfrog”. Having displaced H. Mubarak, the protege of the Muslim Brotherhood M. Mursi repeats the fate of his opponent 3 July 2013 g .; further operates the army, which put on A. Mansur. But the struggle for the Suez Canal does not stop there. Radical Islamists are taking weaponprovoking a response from the High Council of the Armed Forces. All parties to the conflict understand that the new world order, which is replacing the American centrism, will be formed by that group of the Western establishment, which does not just control the oil of the Middle East, but will influence the channels of its delivery to the final consumer. In Egypt, the future of the three centers of power - the European Union, Russia and China - is being decided, the degree of their influence on the global economic growth of 2020, the source of which is still oil, is determined.

It is obvious that the "Libyan scenario" in Egypt will not pass: no one, including the US administration, will dare to invade the territory of a state that is comparable to Germany; even the thirty millionth Iraq has become a heavy burden for the American great power. Therefore, subversive actions will be carried out from the inside, through indirect actions. If the Islamists succeed on the Egyptian front, the seizure of Syria, Iran and, consequently, the Strait of Hormuz, will become a matter of time. You do not need to be particularly astute to realize the scale of the power that this narrow strait represents (40% of global oil exports by sea).

Why will the Third World be conducted in the Middle East?

In the first half of the 20th century, when financial flows were more often limited to the range of the classical West, America and the countries of Europe, turning from industrialists into bankers, retained the overwhelming amount of capital in their capital's bins. It was this circumstance that brought the flame of world wars to Europe and the Soviet Union. But in the XXI century everything is different. We are the heirs of a massive investment rush launched by decolonization and national liberation movements in the countries of Asia, Africa and Latin America. In search of greater rents, money, cheap labor and low taxes, set off on a risky journey, saturating the markets of the Middle East, exchanging oil for US dollars.

In addition to strategic raw materials, control over the region’s foreign exchange reserves, which, having fallen into the hands of demagogues, can bring down the entire system of international finance based on the dollar, is of great importance. They should only declare the conversion of their dollar holdings into any other currency and then world war will become a reality.

The weakening of US power over the Middle East opens up unique opportunities for Russia. First, the growing number of intrastate and interstate conflicts in the Arab East will reinforce the desire of all post-Soviet countries to conclude an alliance with Moscow on new grounds. The self-confidence of some leaders will fade into oblivion, and they will again start talking about the “glorious Soviet times,” when everyone was protected from physical extermination. Secondly, our country, being the largest producer of oil and gas, will take on the role of the United States during the Second World War, supplying allies with fuel, which will make it possible to determine not only the regional but also the global agenda. The cooperation of Rosneft and ExxonMobil is only the preparation of this process. Third, the dependence of United Europe and China on Russian oil and gas transit will increase.

Ctrl Enter
Noticed oshЫbku Highlight text and press. Ctrl + Enter
We are
The world we leave, the world we enter, and the world between themThe US is preparing to dump paper dollars in order to enter Gesell’s money. Who will receive dividends from the new Bretton Woods?
Military Reviewin Yandex News
Military Reviewin Google News
43 comments
Information
Dear reader, to leave comments on the publication, you must sign in.