A. Wasserman: “The recipe for economic recovery is simple: to drive out all liberals from power” 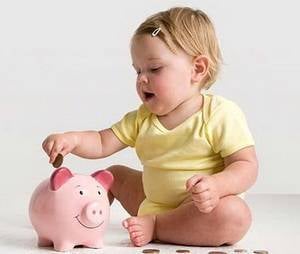 It so happened all over the world that financiers are not that heartless and complete cynics, but, in general, people who are not prone to deep moral reflections when it comes to mixing debit with a credit. They are ready to put everything on the altar of this task, and, perhaps, within the framework of their logic, they are right in this. They are soldiers on guard for the budget, so they serve as best they can.


The Ministry of Finance of Russia is also trying to make ends meet. Again, how can, as taught. And his current head Anton Siluanov in this respect is not very different from his predecessor Alexei Kudrin: he also laments that regional authorities, they say, only know what to ask for money instead of effectively using domestic resources. Yes, and the Ministry of Economics "treacherously" encourages, convinces that money is needed for development. You can treat this shackling in different ways. The Western press, I remember the same Alexei Kudrin, called her “the best finance minister”, and Vladimir Vladimirovich himself did not lose loyalty to the ex-minister and seemed to urge him to work, which he personally confirmed during a recent straight line. Then the president even called Kudrin, who was deviating from the civil service, a “net.”

Is it surprising in this light that the current financial power in Russia has not at all denied the general line of a very “economical” prime minister? Perhaps, Anton Germanovich even cherishes the hope of surpassing his former boss, to become "better", saving even more money. And it doesn’t matter that at the same time, money is saved only from the people, from domestic enterprises, which, in the absence of a convenient alternative, are forced to borrow on enslaving conditions. From the point of view of the Ministry of Finance, this is all, of course, sad, but justified costs. Not all Shrovetide cats, there will be a reason - we are still eating, but for now it is better to tighten the belts.

The generous distribution of money to young mothers, pensioners and other “insignificant” economic actors in this light, of course, could not last forever. As befits any beautiful fairy tale, she came to an end. According to the new concept developed by the President of the Ministry of Finance together with professors of the Higher School of Economics, maternity capital will not be paid for the second and subsequent children born after December 31 2016 of the year.

At the same time, it is planned to raise the retirement age, although so far with reservations: they say, this is only one of the options for optimizing the pension budget. But where is the guarantee that in the end it will not remain the only one as the most simple? The question is, of course, primarily political, but it’s hard not to pay attention to how the authorities, in fact, conduct “explanatory work” with citizens, through the loyal media, gradually promoting the idea that raising the retirement age inevitably . Yes, in general, the Ministry of Finance does not hide its position: citizens should be encouraged to retire later. As they say, a collective farm is voluntary.

By the way, the mechanism of indexation of pensions is also expected to be revised - of course, in favor of the budget, and not the pensioners. It is supposed to introduce new coefficients for working pensioners (let's guess, whether raising or lowering?). It is also supposed to change the frequency of indexation of the base fixed part - once a year instead of two. The costing has already shown: this approach will allow to achieve a savings of 2020 billion rubles by the 781 year. Well, how can you resist such a figure?

But retired people are still mostly hardened, unlike young mothers, and even fathers, who, however cynically it may sound, still give birth today, including thanks to not-so-small payments. Has this policy not justified itself, since it is supposed to be curtailed? But, according to the Minister of Labor and Social Development, there is a direct link between the introduction of the practice of maternal pay and the birth rate, and quite impressive - its growth was 30%. Perhaps, the Ministry of Finance and scientists from the "tower" this growth alarmed, and even plunged into depression?

But are there among the proposals developed by the ministry and scientists that they do not touch the least protected social strata? After all, we are a social state, according to the Constitution. But, alas, the same scenario of introducing a progressive scale of taxation is not considered even from critical positions. About him, apparently, it is supposed not to remember at all. Probably, this is too simple a solution for such smart and complex people.

In a conversation with a KM.RU columnist, well-known publicist and political scientist Anatoly Wasserman was critical of the Ministry of Finance’s recipes for saving the budget:

- The solution to all the problems of the Russian budget is very simple and has long been known. This is a complete expulsion from all structures related, however, to the government, those who profess libertarianism — the belief in the beneficence of unlimited individual freedom without regard for society. In particular, this is exactly what should be done with all those who ever after 1991 have served as ministers of finance, economics, and chairmen of the Central Bank. Even though among these people there are relatively low-risk for society.

An additional diagnostic sign, on which the state apparatus should be cleaned from such people, may also be their recourse for advice on any matter to the staff of the Higher School of Economics, the New Economic School and the Academy of State Service and the National Economy, not counting those who teach in these schools exact sciences and foreign languages. That is, to those who, fortunately, have nothing to do with the economy there. They only can be consulted for the benefit of the case.

As for maternity capital specifically, its abolition in the conditions prevailing in our country will lead to a sharp reduction in the population, since even if it is present, Russia has only been able to barely slow down the demographic decline. Thus, it can be considered that those who propose the abolition of maternity capital directly and directly undermine the very basis of our country and contribute to the destruction of the people.

Which articles of the Criminal Code punish for the relevant acts, I can not remember without thinking, but we have the head of state and even the head of government studied at the law school, and I hope they have not completely forgotten the Criminal Code that was in effect during their studies.

Ctrl Enter
Noticed oshЫbku Highlight text and press. Ctrl + Enter
We are
About Stalin and KhrushchevWhat you didn't want to know about England
82 comments
Information
Dear reader, to leave comments on the publication, you must to register.