Special Forces will receive the first batch of "Tigers" this year 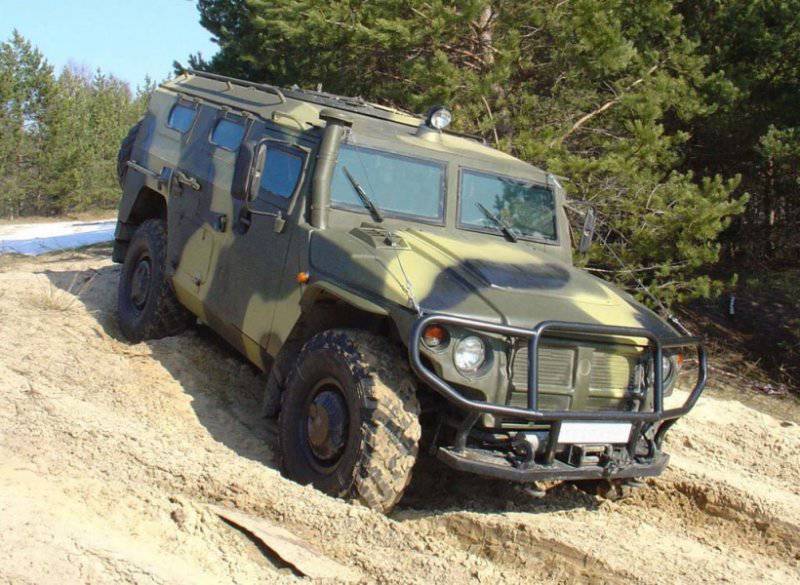 
According to the press service of the military industrial complex, during the working visit, the head of the military department looked at the production shops of the machine factory where armored personnel carriers and Tiger special vehicles are assembled, as well as the site of the enterprise, where he familiarized himself with mass-produced models of armored vehicles, and industrial company.

The head of the military department, S. Shoigu, in addition to the above-mentioned samples of military equipment, presented promising designs of the company. Inspection of the line of manufactured products took place on the production site of the enterprise - in the body assembly of production cars. The starting point of the exhibition was the special purpose vehicle 233115 "Tiger-M SpN". It was developed by order of the Ministry of Defense for the special forces units of the Armed Forces of the Russian Federation. And already this year the first batch of such armored vehicles will go to the troops. The defense minister was also presented an armored vehicle with enhanced mine protection MIC-3924 "Bear" and a prototype model of an armored wheeled vehicle with a hybrid power plant and electric transmission, created as part of the research project "Krymsk".

Defense Minister Sergei Shoigu stressed that the “Wolf” armored car should complete state tests by the end of 2014, after which it would be decided to adopt it and purchase it for the Russian Armed Forces.

According to the company's specialists, the technical characteristics of the Krymsk armored vehicle were fundamentally improved: