Holding "Helicopters of Russia" plans to carry out the first flight of its new high-speed helicopter by the end of this decade, according to flightglobal.com on August 20.


The development of an advanced commercial version of the helicopter under the RACHEL program (Russian Advanced Commercial Helicopter) was first announced at the Farnborough Air Show in 2012. Currently, the first flight of the helicopter is scheduled for 2018 year, said Dmitry Petrov, executive director of the holding. The flying laboratory for testing onboard systems is created on the basis of the Mi-35. Petrov says that the new machine belongs to the class of helicopters with a take-off weight of 10 t and is capable of carrying 21-24 people at cruising speed 195-205 knots (360-380 km / h). For comparison, the AgustaWestland AW30 101-passenger passenger helicopter has a cruising speed of all 150 nodes. It is extremely important, says Petrov, that the new helicopter will be produced in a large series, and not as an elite niche machine.

In addition to the basic passenger version, a new helicopter is being created in a variant of work on the shelf, modifications are also provided for search and rescue, patrol and sanitary missions. At the moment there is no detailed information on the helicopter. In 2011, KB them. Mile and them. Kamov offered their concept of high-speed helicopter.

KB concept. them. Kamov has the Ka-92 index and is similar to the Sikorsky X2 helicopter, has coaxial bearing screws and a rear pusher propeller. KB them. The Mi-X1 Mile adheres to the conventional concept with one rotor and girder steering.

The latter concept is similar to both X2 and Ka-92, a hybrid design resembling Eurocopter's X3, which has one rotor and two pushing screws on the side pylons (pylons create additional carrier force during horizontal flight). The Russian helicopter will have a slightly lower speed than the X2 and X3, which have already demonstrated speed over 240 nodes. Petrov believes that for at least 5-7 for years, conventional helicopters will dominate the global market.

The RACHEL helicopter is being created to replace the Mi-8 / 17 family and will be operated along with the heavy Mi-38. At the flying laboratory, new avionics, propellers and engines that are planned to be used in the mass production of the upgraded Mi-171A2 will be tested. According to Petrov, the Mi-171А2 will be an intermediate helicopter before the release of new cars that will hit the market before the 2025 year. Negotiations are underway with potential program partners, he added. 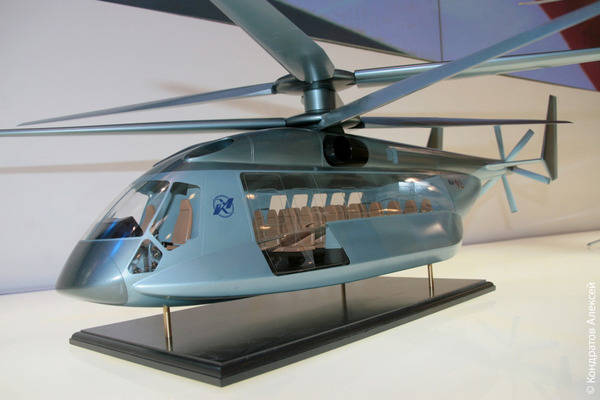 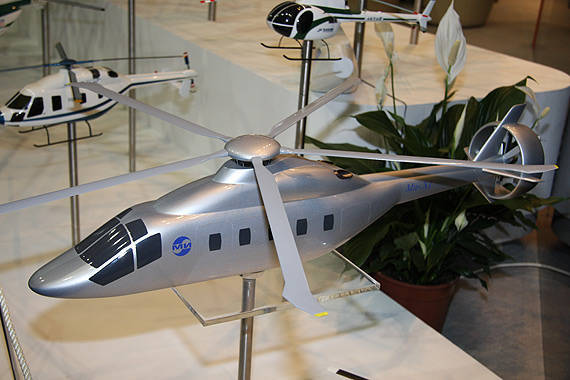