We will be seriously beaten 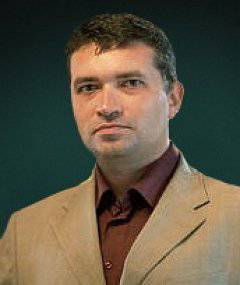 My job is to create a worldview.


It is no different from the work of journalists, for example, Echo of Moscow or the Daily Journal. They also create a worldview. And all of us, being images and likeness of the one who created us, and we create similar things to ourselves. That is why we work on different resources.

“The world has changed. I feel it in the water, I feel it in the ground, I feel it in the air. Much of what was, is gone, and there are not those who remember this. ”
Because, although we have the same work, we ourselves are different and create different things. That is why I, Anatoly Alexandrovich Wasserman, Alexey Kravetsky, Viktor Marakhovsky turned out to be colleagues of each other and the author of the series “The Great Game”, and not the colleagues of the authors of such wonderful phrases as “They would drink the Bavarian” and “Kill, kill, kill! To cover with blood the whole of Russia, not to give the slightest mercy to anyone, to try without fail to arrange at least one nuclear explosion in the territory of the Russian Federation ”.

The choice of readers is determined precisely by what we are. The reader decides in which company and with what eyes he wants to look at the world and at himself.

I like to give the reader a spacious horizon, the opportunity to look far, from a great height, to see a strategic picture. Then you can slightly go down and highlight the already tactical goals: enemies, allies, objects of interest, alliances, intrigues.

So, in my opinion, the time has come to digress a little from the daily routine and look around to look at the whole world: how has it changed over the past couple of years? What does it require of us? All the same as before, or his wishes have changed?

I can see it in the newsI can hear it on the radio. I read about it on the internet.

What is gone? Left marsh distemper. This project is over. What we are witnessing now: the election of the mayor of Moscow, indignant bloggers, posters with portraits of "political prisoners" - these are the last convulsions of an unviable monster, created somehow and in a hurry.

This does not mean that we have won and can enjoy the fruits of this victory. This means that from now on we will be beaten seriously already - as a subject who has proven himself worthy of a serious attitude.

These are the tasks of Eurasian integration - economic through the Customs Union, political through the Eurasian Union and military through the CSTO. This, of course, puts the Ukrainian question at the forefront, which by all means needs to be resolved. And the solution of the Ukrainian question is impossible without solving the issues of unity of culture and unity. stories. Which, in turn, requires a cultural and educational policy, which most recently was absent in our country.

The liberals clasping a single history textbook and Medinsky's “censorship” activity occurs not only because they instinctively hate everything single, this barking is not just a nervous canine reaction to the spinning wheels of the Troika bird, this is a very targeted information campaign to discredit the tools for creating that Hillary Clinton on our planet does not want to see.
“Against the fact that there is no military command center, unified leadership, supply bases, nuclear weapon powerless. He has no target
In addition to the question of the unity of the country outside, it is necessary to resolve the issue of the unity of the country inside, which includes the final solution of the Caucasian issue. More precisely, the question of the reality of Russian power and legality in the territory of the Caucasian republics.
The swamp revolt is over, but its beneficiaries within the country have not gone away. Corrupt officials and criminal groups have not gone anywhere. The separatist movements themselves did not disappear. Russian, Tatar and other nationalists did not dissolve themselves. They did not calm down, but on the contrary, the Wahhabis strengthened their work inside the country. Do not extinguish the terror in the North Caucasus. The last oligarchs have not moved to London yet.

All this will be used. Everything.

And this means that all these problems need to be addressed.

But internal problems are far from everything.

China's gain has shifted the balance not only in the Pacific region, so Japan suddenly became interested in alliance with Russia and, accordingly, softened its position on the Kuril Islands, the balance was disturbed all over the world, and the US views Russia as one of the possible tools against China. Military tools.

At the same time, the United States, with the participation of Europe, is stirring up chaos in the Arab world. At the same time, Europe clearly hopes that when the boiler is sufficiently heated, European gentlemen will have enough influence on the plant in this boiler so that the hot stream of Islamic jihad will flow only towards Russia, sparing Europe. The United States clearly hopes that no one will be able to control this genie, the fire of war will engulf the entire continent, thus giving America a temporary handicap, financial and military leverage to restore domination.

The special charm of the chosen recipe, namely the bet on the Islamists, is that if America and Europe went according to the old scenario, they would bet on one of the developed countries, as they did last time on Hitler and Germany (for example, on Poland) then the issue could be resolved with nuclear weapons. But against the fact that it does not have a military command center, a unified leadership, supply bases, nuclear weapons are powerless. He has no target.

Therefore, this war will have to lead the ordinary army.
This means that Russia needs to prepare for a land war, while simultaneously attempting to prevent the arson attack of the Arab world, or at least delay the start of the main action, attracting allies to its side by methods quite similar to the Molotov-Ribbentrop Pact.
The contradictions of the interests of the dominant powers and the third world have gone too deep, and at the same time, the “civilized” world does not have the economic and political levers to maintain its dominance. Therefore, a military solution is inevitable. And this decision must be global, because it solves a global problem.

Our interest in this matter is not to allow ourselves and the world to be thrown into the chaos of war, forcing the “civilized” to peacefully share the status and level of consumption.

That is, Russia will have to act as a defender of peace and the last hope.

Why am I not surprised?

I believe that at the time of the climax, my son will just go to the draft age, which means that I have no right not to do something in order not to facilitate his work.

I believe that, looking at the world through my eyes, you are unlikely to decide that we live in a dull, non-heroic time in a world in which nothing depends on us.

In this world, everything depends on us now.

Ctrl Enter
Noticed oshЫbku Highlight text and press. Ctrl + Enter
We are
What you didn't want to know about EnglandTales of Chapai ... or how history is ridiculed
Military Reviewin Yandex News
Military Reviewin Google News
88 comments
Information
Dear reader, to leave comments on the publication, you must sign in.