February 1 2011
6
The liquidation of the Chechen field commander Arbi Barayev was the result of a special operation by the FSB and the Ministry of Internal Affairs of Russia, which from 19 to 24 took place in June in the village of Alkhan-Kala. During the operation, Arbi Barayev and 17 militants from his closest circle were killed, many were captured, and federal forces lost one person killed during the operation. 28-year-old Arbi Barayev was one of the most bloodthirsty Chechen warlords, his cruelty instilled horror even in his closest associates. It was Barayev who was suspected of assassinating Akmal Saitov in 1997 - an employee of the Russian government office in Grozny, kidnapping representative of Russian President Valentin Vlasov, journalists from ITAR-TASS, NTV and Radio Russia, Israeli boy Adi Sharon. Arbi Barayev personally beheaded three British and one New Zealander engineers of the British company Granger Telecom for which they refused to pay the ransom.

Barayev was born in 1973 in a rather poor family in the village of Alkhan-Kala, he hardly finished secondary school and, like many young Chechens in those years, was left without work. Although soon enough he was helped by his uncle, who arranged for his nephew to be sent to the traffic police. The 17-year-old sergeant was distinguished by good physical fitness and some narrow horizons. In fact, Arbi Barayev never thought for himself, always sought to imitate someone and follow someone. He did not know any life, except for the war, did not make any human laws, except poorly learned Fatiha (the first sura of the Koran), killed people, because those who were not relatives did not mean anything to him. In 1998, on the orders of Yandarbiyev, he tried to arrange a Wahhabi mutiny in Gudermes, which was suppressed by Gelayev's "secular" detachment. In the end, by his cruelty, he became displeased to many Chechens, which predetermined his fate.

In the middle of February 2001, the special services began to develop an operation to physically eliminate Arbi Barayev. Work on establishing his location was quite difficult. Barayev, possessing a truly bestial instinct, very skillfully hid. So, he used 40 caches in settlements and regions throughout Chechnya to shelter from federal forces and special services. Being initially suspicious, since the beginning of spring, the distrustfulness of the action movie turned into real paranoia. Arbi Barayev could sit with people from his closest circle at the table and suddenly, for no reason, take with him one or two confidants or just guards and hide in an unknown direction. I could say that I went according to need, and disappear for a while. After a few hours, and sometimes days, Barayev either called or, via a messenger, informed about his new location. He conveyed information about the exact time of gathering in any place to his entourage, and well-known field commanders like Basayev, Khattab or Gelayev, at the very last moment.

He personally executed some of his closest associates and friends for the mere suspicion of betrayal. So one of his comrades-in-arms for someone's slander, suspecting complicity to the feds, he hung up by the legs in the yard of his house and in front of his wife cut off his genitals. 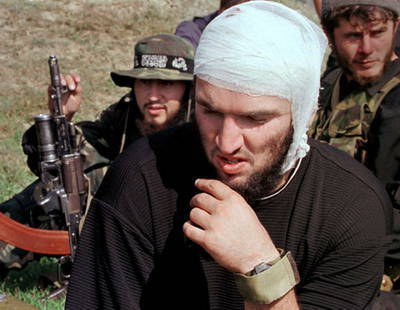 At the same time, precisely because absolutely everyone was afraid of him, and very many still hated, information about the appearance of Barayev in one place or another, came to counterintelligence agents with enviable consistency. It is worth noting that the agents of the FSB, whom he was so afraid of, reported about his movements. In most cases, simple Chechens were told, with whom he was already pretty tired. This fact is quite indicative, since Chechnya has always been and remains a rather complicated area for creating an agent network. In this case, the information came from initiative sources from among local residents.

The main problem was that Arbi Barayev was not in one place longer than 10 hours. It is for this reason that the operation for its liquidation failed in April. Feeling that he is being surrounded more and more tightly, Barayev decides to hide. He intended to run through the territory of Georgia, and further to Turkey. But crossing the border alone will not plan and implement. Yes, and for the implementation of such an operation requires sufficient time. At the same time, all those who were far-reaching plans of the field commander of counterintelligence were learned quite quickly. Barayev’s two attempts to get abroad ended in nothing.

At the same time, there was a moment in the development of the operation that seriously simplifies the lives of employees of spetsslzhb Arbi Barayev always returned to his native village of Alkhan-Kala. Several operations with an attempt to capture him, in this rather large village (population about 20 000 people), ended in nothing. Militants used a clear plan, which provided for their redeployment from the uncleared areas of the village to those where the “cleansing” had already passed.

24 June 2001, the information that Arbi Barayev with a group of their order of 20 militants is hiding in Alkhan-Kale came from local residents. They even called the houses in which the militants were supposedly located.

Since the development of Arbi Barayev has lasted for several months, the forces and funds attracted for the operation were in constant readiness. To block all ways of withdrawal from the village, special units of the FSB, GRU and the Ministry of Internal Affairs were deployed on several lines. In total, about 500 people were involved in this operation. There was no planned stripping operation that the television was talking about, they were looking for one particular person. Although at the same time they carried out the blocking of the whole village, having done it quite defiantly, even using a tank. There was no point in him, but he performed the function of demonstrating strength. The calculation was made that Barayev would not leave Alkhan-Kala, hoping for his luck. In this operation, the security services changed tactics. When carrying out the stripping, the inspectors did not simply move from one area of ​​the village to another, but left special forces in each checked house on 2-3: in order to exclude any movements of militants inside the village. The operation time was not limited. Having the information that Barayev was in the village and, having blocked Alkhan-Kala, the special services were going to “scratch” until the object of the search was found. 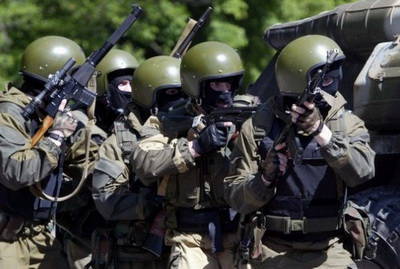 The first day of the operation did not give results. On the night of the special forces fighters moved from the village to the blocking units around the perimeter. The next day it all happened again. But already other divisions and people went to the houses in order to try with a fresh eye to find any leads or signs that remained hidden from past groups. The second day of the special operation bore the first fruits. When moving from one house to another, an 2 action movie was shot. Later in one of the houses another was killed. But it was just a sign that the operation was conducted correctly and the result should come. By nightfall, the special forces units again went outside the village. The third day, undergoing surgery, was a real success. In addition to the fact that 5 militants were destroyed, they managed to take one prisoner. As it turned out later, this was a man from Barayev’s inner circle. And although he himself did not say anything significant about him, the locals confirmed that he was always near him. From this it was concluded that the fighter was still in the village, it was decided to intensify the search in the area where the prisoner was taken.

The operation was carried out with the involvement of various special forces. The most promising houses were in the stripping zone, assigned to the special forces detachment of the Russian Interior Ministry "Rus". The soldiers of the detachment blocked 3 houses, which were located near the place where they took the prisoner. One of these houses have previously pointed informants. He was subjected to particularly thorough scrutiny, examined several times already, but found nothing. During the next round, one of the special forces, passing by the closet standing in the courtyard, heard a suspicious creak and decided to check the source of the noise. Having moved the cupboard away, the special forces fighters saw behind him a dug hole, from which an automatic burst rang out, one of the fighters was killed. As it turned out later, behind the cabinet in the courtyard, there was a caches, which was dug under the house, it was created in the middle of the 90-s, and there was a second exit in it.

It was not possible to penetrate inside, one soldier was killed while trying to inspect, another soldier and officer were injured. Special Forces detachment "Rus" was decided to shoot the building. Having cordoned off the house, they drove the BTR and began its shelling from KPVT, simultaneously requesting radio assistance. Soon a group of FSB special forces arrived, which also opened fire on the militants entrenched in the house, made two volleys from the Bumblebee jet flamethrower at the house. As a result, the militants stopped shooting, and the house caught fire. By this time it began to get dark and there was no time to inspect the building, the special forces again left the village redistribution. The next day, the body of Arbi Barayev was found near the house, one of the most brutal Chechen field commanders was destroyed, the special operation was over.