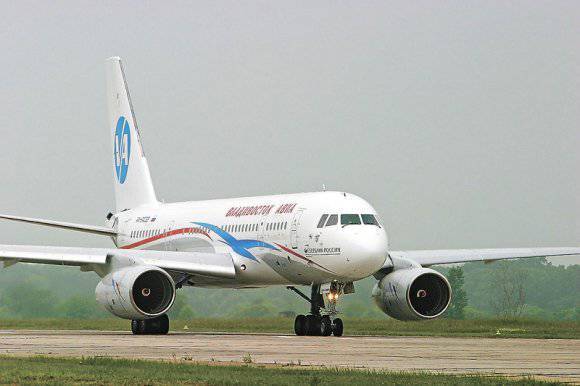 On August 14, the aviation industry workers and their sympathizers waited with ill-concealed hope - at a meeting on the problems of civil aircraft industry, chaired by Deputy Prime Minister D. Rogozin, they had to determine where we were going and on what. A rare case - not only functionaries and “effective” managers, but also real specialists were invited to participate in it. But the Ministry of Industry and Trade and the United Aircraft Building Corporation (UAC) had time to prepare. Companions for the collapse of the aviation industry - Minister D. Manturov, along with UAC President M. Pogosyan - did not miss theirs.
In the beginning there was a word

- Russian airlines from 2008 have acquired almost 600 foreign and only 59 domestic planes, that is, 10 times less, - set the tone, opening the meeting, Deputy Prime Minister Dmitry Rogozin. And he continued:

- A completely intolerable situation has developed in the fleet of medium-haul aircraft, where the share of foreign aircraft is about 80%. The share of modern Russian aircraft accounts for about 7% of the number of aircraft fleet of the Russian Federation, their contribution to the total passenger traffic is even less - 4%. This indicates the actual loss of the domestic main market for the domestic aviation industry.

The experts present got around - oh, there will be something. But the matter did not go further than stating this and other well-known facts. They waited - suddenly Poghosyan will be excommunicated from the “Oakovskaya” feeder. But no, it didn’t. Unsinkability of regularly failing anything and all businessmen who suck on aviationis amazing. Apparently, they use the sincere love of the president of the country for aviation. At his initiative, huge amounts of money are being pumped into the aviation industry. Including taxpayers, that is ours with you. Directly from the state budget or through actually state financial instruments - banks. And where is the result, where is the universal triumph of the Russian aircraft industry?

Interestingly, the Deputy Minister of Industry and Trade, Yuri Slyusar, at this meeting in the government, menacingly stated that we will not give money to the Sukhoi Superjet NG (Next Generation) stretched from 98 to 130 until 2016. Let them modify the one that is. Boldly, on the Pogosyan rolled? No, everything is agreed, Pogosyan is satisfied - he will receive the next 4 with more than a billion rubles for the follow-up care of the “childhood diseases” of the Superjet. Pogosyan this is necessary, he is not a patriot, he is a merchant. What is the difference on which plane will spill the next golden stream? The Superjet construction program has long become a charitable mission on the part of the state; it will not pay off in half a century.

Tu-204-300 flies to the neighboring Chinese Mudanjiang (38 minutes), and to distant Moscow

Immediately, five people were preparing for a report on the organization of the production of the Tu-334, including members of the Tu-334-100 National Aircraft Foundation. Breakthrough? But here, too, the fiercely known hatred (or envy?) Of Pogosyan to this successful car clearly worked. It is not known what “work” and with whom he conducted it, but two hours before the meeting, representatives of the vice-premier’s office phoned all participants, and lowered the directive: there will be no discussion on Tu-334, this item has been removed from the agenda.

It turns out that the most popular plane among Muslim pilgrims was the Tu-154. The Bulgarian aviators earned huge sums of money on them, drove people from all over the world to hajj. The operating time on board reached 20 hours per day. Our “TU” possessed an excess, from the point of view of merchants, power and, accordingly, consumed extra tons of fuel, but was the only airliner that flew without problems in Saudi Arabia and the Emirates during the daytime hours. And all the other passenger liners were waiting for the departure of the evening air temperature drop - the hot breath of the desert noticeably takes away power from the turbojet engines.

Another scandal with domestic liners is breaking out - Aeroflot OJSC - Russian Airlines, in an orderly manner, it’s not for some aviahlam, but new ones by aviation standards Tu-204-300. In addition, the most long-range in the lineup 204-x. August 9 hosted a conference of the work collective of Vladivostok Avia OJSC, the largest airline in the Far East. The rarest case in domestic practice - the whole airline rebelled. They passed a resolution and appeal to all possible instances - from the Federation of Independent Trade Unions of Russia (FNPR) to international trade unions of transport workers and first of all to the President of Russia.

Two years ago, the controlling stake in the airline was transferred to Aeroflot. Began integration and reorganization. The integration plan included the decommissioning of A330, Yak-40 wide-body aircraft and all helicopters. At the same time, А330 aircraft were decommissioned by decision of Aeroflot-RA OJSC ahead of schedule, from the beginning of the 2012 summer schedule of the year, and not in winter, as the integration plan suggested.

As a result, the company lost revenue and incurred huge additional costs for early termination of leasing contracts in the form of penalties. They added the cost of paying for repairs and preparing aircraft for delivery to the lessor. Total costs for this event amounted to 3,8 billion rubles. Only during 2012 did 800 aviation specialists be fired. The profitable in-flight catering department, at the command of the aeroflot managers, was removed from the airline and registered as a separate legal entity. As a result, following the results of 2012 of the year and under the leadership of Aeroflot managers, the airline became unprofitable. Since September last year, Vladivostok Avia has been operating in a new structure, operating an aircraft fleet - six A320 and Tu-204-300 each. This year they made a profit, with the majority coming from the exploitation of not “Airbasov”, but “Tupol”. And now a new blow "under the breath" - from October 27 the red light turned on the Tu-204-300. This is about 500 people "on the way out", aviators write V. Putin:

“In the 2010 year, being the Chairman of the Government of the Russian Federation, you at the official, public meeting with the CEO of Aeroflot RA, during the discussion on optimizing regional companies, set him the task - first of all to think about people, not to forget about social obligations in front of labor collectives, and also oriented the head of Aeroflot RA, when updating the aircraft fleet of the regional companies to be joined, focus on domestic aircraft.

It seems that the government and the president set the tasks, and the merchants at the head of state-controlled companies simply spit on them. They have their own perverted logic - there is nothing to do in the fleet of the "national carrier" for every kind of "Carcass" and "Yak":

“Such a solution for the company today means not only the loss of half of the fleet of aircraft that the company has successfully operated since 2005, but also the loss of highly skilled specialists: flight and engineering staff, cabin crews, ground service workers. This decision was perceived by the work collective as a loss of jobs and a continuation of the optimization that has already taken place in the form of subsequent actions to reduce several hundred people, which contradicts the policy of the state to consolidate and attract people to the Far East of Russia.

Aviators remind the president of the country:

“The engineering and aviation structure of Vladivostok Avia OJSC is the leading among the operators of Tu-204 type aircraft. We would like to draw your attention to the fact that as part of a special flight government squad, flights are carried out on Tu-204-300А aircraft, modified taking into account our experience in operating this type of aircraft. ”

And then, in their address to V. Putin, they swung at the holy:

“In this regard, the conference of the work collective of Vladivostok Avia OJSC expresses no confidence in the CEO of Aeroflot-RA, V. Saveliev, and asks you to initiate an early termination of their powers as the general director of Aeroflot-RA;
- considers it his civic duty to give an unsatisfactory assessment to the leadership of the Ministry of Transport of the Russian Federation, due to the fault of which the state program for the development of civil aviation in the Russian Far East is still not clear. Its absence gives rise to adequate actions of some aviation managers in favor of business development in a single “Society”, the ordeals of abbreviated aviators, anxiety and excitement in still working teams. ”

I managed to contact Sergey Semin, captain of one of the Vladivostok Tu-204-300:

- Aircraft licked "to ringing," less bounce than A320. We achieve on them to Bangkok, Moscow. Now, for example, I am preparing to fly to St. Petersburg.

- What are you, it's all in the distant past. It is rarely a false alarm of any sensor that does not affect the safety of flight.
He does not idealize domestic aircraft, if briefly, you have to overpay for spare parts: too few of these machines are built and flies:
- But we do not allow any “flights with deferred defects”, write down all the comments in the logbook and keep the equipment in perfect condition. Today it is not a car, but a sweetie. Sometimes, on 11 hours hung in the air.

And these sweets are removed from the park. Maybe, Aeroflot CEO Saveliev and his predecessors really have obligations to manufacturers of foreign aircraft?