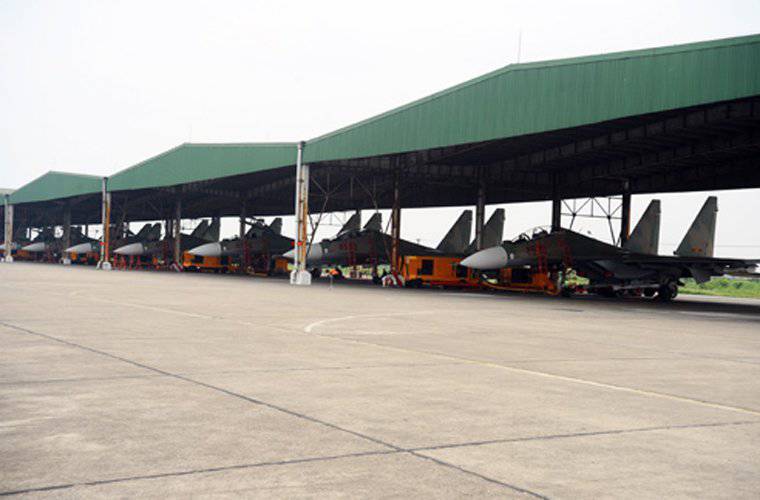 As reported by 20 August 2013, the agency Interfax-AVN, Russia will supply the 12 Su-30MK2 multi-role fighter jets to Vietnam. This was reported to Interfax-AVN on Tuesday by a military diplomatic source.

"The contract for the supply of Su-12MK30 fighters to Vietnam 2 was signed last week. It provides for the supply of not only aircraft, but also technical equipment," said the agency interlocutor. He recalled that this is the third contract for Sukhoi fighters. The two previous eight and twelve aircraft were successfully completed [in fact, the 2004 fighter Su-24MX30 - bmpd was already delivered to Vietnam from 2 of the year].

The aircraft will be delivered under a new contract in three batches of four cars in 2014-2015, "the agency’s source said. He declined to name the contract, citing the fact that this is a commercial secret. According to experts, the cost of this contract is at least 600 million Doll.

Rosoboronexport and Sukhoi did not comment on the signing of a new arms contract with Vietnam, but noted that this country is an important partner of Russia in the MTC area.

Ctrl Enter
Noticed oshЫbku Highlight text and press. Ctrl + Enter
We are
The action “Military service under the contract is your choice!” In Rostov-on-Don: future contract servicemen, exhibitions and “Russian Knights”New photos of the Chinese fighter Chengdu J-20
Military Reviewin Yandex News
Military Reviewin Google News
13 comments
Information
Dear reader, to leave comments on the publication, you must to register.