Historical educational program. How does the gulag differ from the concentration camps of the West 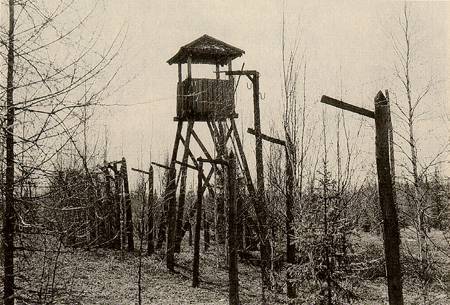 Once upon a time, tired of listening to phrases like "Stalin and Hitler were no different, they both rotted millions of people in concentration camps," wrote a short note about it from poorly educated citizens. Now I hear the same moans again. And I feel that it is time to write a little more detailed.


So everyone knows that in the USSR under Stalin and in the Third Reich under Hitler millions of people were kept in concentration camps.

And everyone who knows this, they generally know what a concentration camp is? No, of course, you can tell each other about terrible concentration camps, and even mention it in documents. But there is a meaning of the term.

Now in Russia there are concentration camps? It seems not, and all condemn the Stalinist practice. But here we take, for example, the Kopeisk correctional labor colony No. XXUMX (high security). This now existing colony was founded in 6 under Stalin. That is, was "Stalin's concentration camp"? And what has changed in it now? Nothing but changes related to the general development of society and technology (such as the transfer of a boiler house from coal to gas).

So this is our concentration camp now? Or then all the same they were not?

There is no secret here - it is part of the FSIN. That part of it, where they serve the sentence of imprisonment for the periods specified in the verdicts of judicial bodies, and at the same time they are re-educated by labor. So it was under Stalin.

That is, attention (!), Only those who violated the laws of that time were sentenced to the “Stalinist camps” for the terms indicated by these bodies. And nothing else.

You can argue a lot about the injustice of the laws of the Stalin era. But laws are changing everywhere - and what seemed just yesterday, today seems like arbitrariness. And vice versa. Here in the US less than a century ago, the buggers "flew" for up to 25 years in the harshest prisons. And today they can not even say that you do not love them. That is, you can dislike redheads, communists, and even people with sweaty palms — but you can't get homosexuals.

This also changed the views on the plunderers of socialist property or the saboteurs, on people, like the kulaks, who illegally (at that time) were engaged in usury. Now it is even impossible to imagine the “landing” of a person for speculation, but it is easy to imagine a “landing” for non-payment of taxes.

Some people call "extrajudicial reprisals" sentences of "triples", focusing on the Constitution. But they simply forget that in the USSR the Constitution was not Holy Scripture, but only an instrument in the hands of the workers 'and peasants' state, which was directly spoken about.

And how do concentration camps differ from ITL?

The difference even follows from the name.

Concentration camp, unlike ITL, is not a place of serving punishment for breaking the law.

One cannot get to a concentration camp by a decision of the judicial authorities, just as one cannot enter a labor camp without their decision.

One cannot leave the concentration camp after the sentence expires, since there is no sentence itself.

Concentration camps appeared more than a century ago. And they served to concentrate (collect and retain) any part of the population on a formal basis. The inventors of the concentration camps - the British - kept there the families of the Boers, kept them in terrible conditions, sometimes shooting the party hostage until the resistance of the Boers-men completely stopped.

Here the German Nazis were concentration camps. No, there was a judicial system with prisons. And in these prisons were very many by the decision of the German courts. Concentration camps existed parallel to the German punishment system. And they got Jews, Gypsies, Soviet soldiers, who were not fortunate enough to be captured by the Wehrmacht, and many others.

The ITL also worked, and some even died. But they knew what they were sitting for and how much they should sit for. And the majority came to freedom with a clear conscience. Most of the prisoners of the German concentration camps were destroyed, and the survivors were not liberated by the Germans, but by the Allied forces who defeated the Germans and occupied German territory.

So the conclusion is simple and obvious - under Stalin there were no concentration camps in our country, just as there are none now. There was and there is a system for the execution of sentences, in the camps and colonies of which they are serving a sentence (fair or not - this happens in every way) those who violated the law and who were sentenced by the judicial authorities for this. Under Stalin, many people served punishment in the ITL; many are there now. Although, by the way, it is less than it is now in the USA (not only it is less now - it was also less under Stalin).

Are there any concentration camps? Yes there is. For example, a stronghold of world democracy - the United States created a concentration camp at its base in Guantanomo. There, without a decision of the judiciary, various people are seized in Afghanistan and some other places. They have neither the status of prisoners of war, nor the status of the accused or convicted. Many have been sitting for more than a decade and have no idea when they will be released and whether they will be released at all.

By the way, during the Second World War there were also concentration camps in the USA, where they kept their citizens of German and Asian origin just in case. Although, we must pay tribute, kept in much better conditions than the Germans kept their own and foreign citizens.

Ctrl Enter
Noticed oshЫbku Highlight text and press. Ctrl + Enter
We are
My grandfather's front-line letters (part 2)Myths of the Great Patriotic. Did Stalin have prostration in the first days of the war?
269 comments
Information
Dear reader, to leave comments on the publication, you must to register.