"The end of the American century?" 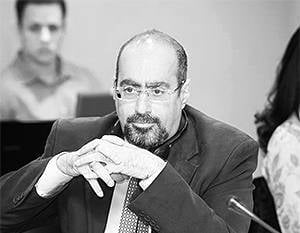 If the modern world will be somewhat similar to the “ideal time of capitalism”, the 19th century, then it will not be the lack of a social sphere and a state in the economy, but multipolarity. And Russia has a base for a breakthrough.


The domination of America was genuine, but not long.

В historical In the long run, unipolar systems are the exception rather than the rule, and US leadership has been temporary.

To this day, the southern states live on public funds coming from the North.

The Industrial North was completely different. The industry of the North was faced with a forced increase in labor costs, as the workers could always make a choice in favor of farming on the border lands stretching far to the west.

Thus, due to the high cost of labor, the industrial sectors in the north of the country had to continually improve, using the most efficient production methods. The United States also adhered to a coherent development program based on the support of new industries through duties.

Alexander Hamilton presented this vision of US policy to Congress in his Report on Manufactures in 1791. Although the ideas of this report were initially rejected by supporters of the open market from the South, its duties in a modified form were adopted by Congress in the year 1794. So began the rise of America. It was based on the principles of support for new industries, later listed and extolled by Friedrich Liszt and the German Historical School and which also led to the strengthening of Germany.

Moreover, by the end of the 19th century, the United States created its own economic school as opposed to the economic liberalism that dominated the elite academies of the Anglophilia.

Among their first graduates at the end of the 19th century were students from Japan, who subsequently led the creation of their state-driven development model. One of the main principles of this American school was that the markets in the classical economic tradition should be free from rent. In short, it is necessary to regulate the economy in order to avoid interest on rents and extract profits from the economy of production and services. This is the true definition of a free market economy in the classical tradition, and often a high level of regulation is necessary to achieve it.

Meanwhile, the United States maintained a very small army and did not interfere in the ongoing strife in Europe. This policy was voiced by the first president of the United States, George Washington, in his farewell address to the instructions of the Americans to stay away from endless European wars. This became the official policy with the proclamation of the Monroe Doctrine (set out by John Quincy Adams).

This doctrine stated that the United States must continue to adhere to a policy of non-interference in the affairs of Europe and to act actively only to maintain its influence in Latin American countries.

This policy passed the test of Greece’s attempt to gain independence from the Ottoman Empire, when many Americans called on the government to intervene and help Greece. The United States refrained from intervening, but Greece gained independence. Thus, before World War II, the United States maintained a very small army for most of its history. This avoided the cost of big wars (the only exception was the Civil War), which resolved the issue in favor of maintaining high duties and industrialization.

The United States continued to increase its industrial power beyond the wall of high duties, rejecting Britain’s demands for a free trade policy.

Despite a brief lull in the middle of the 19th century, marked by the dominance of economic liberalism in Europe and a slowdown in economic development, at the end of the 19th century, intervention policies were very unsuccessfully used by most European countries (as well as Japan and Russia). In the meantime, the US did not stop supporting new industries with the help of duties, and as a result, their economy continued to grow rapidly.

Unlike the United States, India and China, the once powerful powers, were for a long time relegated to the role of British colonies open to the free market. In practice, for China, this meant opening up to the opium trade with the British-led India. Then there was the collapse of an efficient state and the decline of the hydraulic infrastructure (agriculture and transport system), which marked the fifty-year period of poverty and hunger in China.

Compared with the United States and Germany, the real sector of the British economy was already at the beginning of a recession by the end of the 19th century. England relied on empire, free trade with Latin American countries, and its dominant influence in the financial sector, while the US continued to pursue policies to promote industrial development, protected by both import duties and shipping costs across the Atlantic.

XX century passed under the sign of US hegemony. The rivalry with the USSR complicated it almost 40 years. The collapse of the enemy in the Cold War was a gift for the United States. The economy received a powerful impetus, as it seemed, finally having overcome the consequences of the crisis of the 1970s.

The principles of the “Washington Consensus” (“Washington Consensus” - a liberal type of macroeconomic policy, which at the end of the 20th century was recommended by the leadership of the IMF and the World Bank for use in countries experiencing a financial and economic crisis - note VZGLYAD) were adopted by most countries on the planet.

However, increased hegemony was temporary. Even a reduction in democracy, which turned out to be “too much”, did not help. In 2008, a new crisis erupted. And it was impossible to solve the problem by moving production to countries with lower wages (especially to China). This recipe has already been used. The financial system was no longer stable.

The dream of liberal economists to return the US to the "golden age", to find somewhere the basis for growth on the model of the XIX century does not have a chance to materialize.

The Washington Consensus system was very profitable in 1982 – 2008, but it did a lot of damage. Its crisis became the basis of the crisis of the US economy and the effectiveness of their policies. The Washington Consensus system has reduced the number of innovations, investments in technological developments have fallen, which would help to cope with the shortage and high cost of resources. The neoliberal system turned out to be really conservative.

The experience of the European Union with “austerity” as a way to put things in order turned out to be extremely unfortunate. The Tea Party movement in vain wants to find a solution to the problems of the US economy in these recipes.

In the 2009 – 2013 years, the United States managed to gain time. This was done through financial policies, new methods of energy production. And the prices for it will not grow noticeably. However, this will contribute to returning the world to a multipolar state, since the BRICS countries will now have to break with the Washington Consensus and pursue a more independent economic policy, which will open up new opportunities for industrial and political rivalry in the world. And Russia has a base for a breakthrough. This is human potential and technical infrastructure. All this can and should be used.

And if the modern world will be somewhat similar to the “ideal time of capitalism” - the 19th century, then not by the absence of the social sphere and the state in the economy (which liberal economists dream of), but by multipolarity.

But everything will be a new way, and development will be based on new principles. They still need to be worked out and understood, but they are clearly replacing the neoliberal “Washington consensus”.