Government of the Russian Federation: savings need to start from below

August 22 2013
168
Russian Prime Minister Dmitry Medvedev recently announced that if the current trends in the Russian economy continue, the budget deficit in the 2014 year may reach 400 billion rubles, and the 2015 year will exceed half a trillion, and this “half-trillion” hole will also spread to 2016 year. Exactly the same information was published by the Russian government at the beginning of the summer, and therefore some news data that the Russian budget will remain scarce in the near future, clearly did not. By the way, at the beginning of the summer, Medvedev also mentioned the main areas in which the financial sector of the Russian cabinet of ministers should work in order to try to “reason” the growth of the budget deficit in the near future. These areas included: the development of an innovative (familiar word, isn’t it ...) a budget strategy, a new approach to the use of the National Wealth Fund and the need to complete work on making proposals for a pension reform vector. 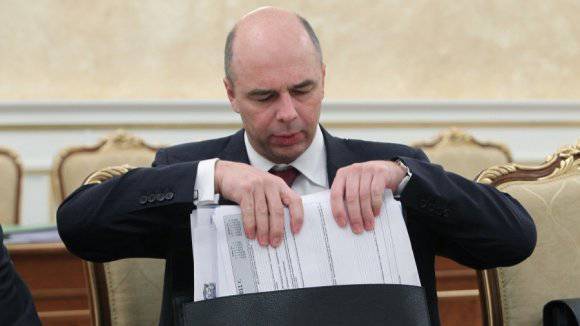 Then (in June) all these orders of Dmitry Medvedev remained somewhat unnoticed by the Russian press and public (holidays, cottages, seas, etc.), but now, when cottages with the seas are left behind by the majority of the Russian population, the directions designated almost 3 a month ago by the prime minister, begin to float in all its glory. Moreover, more than others (against the background of unintelligible words about “innovative” strategies and the use of the National Wealth Fund), pension reform manifests itself in this key.

The other day, apparently, all summer, puzzled over how to save money for the Russian budget, Finance Minister Anton Siluanov made a lengthy speech about the thoughts that illuminated him. Thoughts, of course, brilliant, and most importantly - with the head characterize Siluanov as the ideological successor of the undertakings of his predecessor at the main financial post. As the saying goes, the head book vein takes it, and Kudrin II ... ah, sorry, Anton Siluanov announced that he knows exactly how to save as much as 1 trillion for the Russian treasury for three years 153 billion. 500 million rubles. How? That's how.

First of all, Anton Germanovich is going to stop the program for issuing maternity capital after 31 December 2016 of the year. She, as the Minister of Finance recalled on that day, ends, and it is inexpedient to continue, since the birth rate in the country has increased in recent years ... From 2017 onwards, closing the program will allow to save 300-330 billion rubles in the budget annually.

Secondly, the chief financier of All Russia, bearing in mind the orders of Dmitry Medvedev, is going to conduct a “flexible” pension reform. The meaning of this “flexibility” is approximately the following: to increase the work experience needed to receive an old-age pension up to 15 years, at the same time over the next 15 years to raise the retirement age “smoothly”, adding additional pension ratios for those who are going to work even after it is reached .

Thirdly, Mr. Siluanov proposes, attention ... to create an open sphere of state and municipal services. “Open,” that really is perfectly said. That is, even the federal minister of the Russian government "seems to be hinting" that today state services are a closed shop, whose control over the work can be performed by anyone, but not by the Russian government. Yeah…

Fourth, the Ministry of Finance proposes to cut spending on education by about 15%. Why? Indeed, it is necessary to save here, because we already have so many educated people in the country ... Disorder!

In general, the proposals of Anton Siluanov are remarkable in their essence. Only in this case, Anton Germanovich somehow forgets that, no matter how cool, and for many Russians, maternal capital was a good incentive for the birth of the second and subsequent children in the family. The minister forgets also that by the time he is about to stop this program, Russia’s largest demographic and labor pit in recent years will manifest itself, at which the number of pensioners will substantially exceed the number of working citizens. Yes, life expectancy in Russia today is far from the one in which you need to lift the strap of the retirement age, replacing this move with all sorts of veiled manipulations about the need to increase the pension ratios and other “rabbits” from the black cylinder.

But the most important thing: Minister Siluanov “forgot” to provide data on where the finance ministry is going to send the same saved trillion rubles. Perhaps, they want to increase the social security of the population in the ministry ... But then there is an obvious paradox: why do we need to try to worsen this very social security, then to talk about the found ways to improve it? Although our government is generally a center of paradoxes, so there is no surprise. Sometimes it seems that the president has given the opportunity to form such a cabinet of ministers in order to act as such a bestowing Goodwin. Convenient is the government.

In this situation: Siluanov and Medvedev say clearly antisocial things, and the president, while considering the accounting proposals of the Ministry of Finance, will simply take his pen or ball pen and cross them off, saying that they say no, guys, this will not work ... Naturally, news agencies will report that the president did not allow the government to go against the aspirations of the people. Well, something like a child's game "evil-good."

Ministers: let us, in order to save budgetary funds, cancel all pensions in general, but save trillions, save!
President: nothing will come of it!

By the way, several alternative ways to save budgetary funds and increase budget revenues can be recommended to the financial unit of the Russian government. In this case, recommendations are given absolutely free of charge and they can be made to any government program, even without worrying about respecting copyright.

First.To bring to the logical logical conclusion the criminal cases of Oboronservis, Rosagrolizing, and other offices, whose representatives have spent more in recent years than Siluanov proposes to save. Yes, about the confiscation of "overwork" acquired property not to forget.

Second. Take a walk through the financial statements of all kinds of Rosnano together with Skolkovo. If there is one “speaker” Ponomarev for a minute of the “report” received thousands of euros for 20, then the horizons for saving are definitely impressive ...

The third. Recall that the incomes of officials in Russia on average per year grow by about 40% faster than the average growth of income in the country, and therefore they lead to average figures.

Fourth. To each federal and regional actor of human destinies to count all his deputies, pomov and advisers. This army alone “feeds on” state grubs for billions of rubles.

The fifth. Finally, develop mechanisms to counteract the outflow of capital abroad.

But this is all very difficult, ”representatives of the government will say, but to take away the already half-maternity maternity capital, raise the retirement age and cut down education expenses - this is“ we can ”. Who would doubt that...