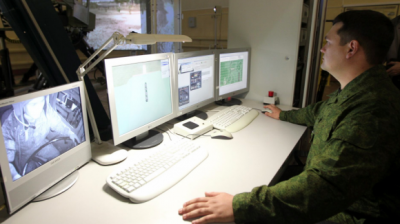 In late July, Russian President Vladimir Putin signed the "Fundamentals of the state policy of the Russian Federation in the field of international information security for the period up to 2020 year."


The document was partly conceived as a response to the “International Strategy for Cyberspace Action” adopted in 2011 by the United States. In it, for the first time, the United States equated acts of computer sabotage with traditional military actions, reserving the right to respond to them by all means, including the use of nuclear weapons. weapons. The creation of this document became necessary due to the fact that the information security doctrine signed by President Putin in the 2000 year needed to be adapted.

The Russian "answer" looks more peaceful than the American. As follows from the text, Moscow intends to fight threats in the network not with methods of intimidation, but with the strengthening of international cooperation.

The document highlights four main threats to the Russian Federation in the field of the IIB. The first is the use of information and communication technologies as an information weapon for military-political purposes, for carrying out hostile actions and acts of aggression. The second is the use of ICT for terrorist purposes. The third is cybercrime, including illegal access to computer information, the creation and distribution of malicious programs. The fourth reflects a purely Russian approach. We are talking about the use of Internet technologies to "interfere in the internal affairs of states", "disturbing public order", "inciting hostility" and "promoting ideas that incite violence." The authorities of the Russian Federation forced the events of the Arab Spring to draw attention to this threat, demonstrating the potential of all social networks for organizing and coordinating anti-government actions.

As for the first point, the Americans believe that, according to the criterion of efficiency-cost, information technologies for influencing the enemy significantly exceed traditional weapons systems.

All the leading countries of the world pay considerable attention to the development of the theory and practice of applying the methods of information warfare. However, successful confrontation in this area is possible only if such a system is managed from a single center.

The fact is that in order to achieve high combat effectiveness of informational confrontation, an integrated approach is needed when a multitude of sometimes formally weakly connected methods of influencing an adversary are used to solve one task. This sets as the key task of coordinating the actions of a large number of disparate forces and facilities using various methods and techniques.

The variety of forms of informational confrontation implies the involvement of practically all the main state structures, as well as various non-state entities, in one form or another.

An important feature of such a war is the wide use of the enemy’s resource. By acting on its information system on the basis of the principles of reflexive control, one can achieve the desired actions from the opposite side, which in practice is often referred to as provocation. However, this is a normal and very effective practice of such a war.

A similar approach is applied to neutral and even friendly organizations and structures, which it is undesirable to inform them about their involvement in information operations for one reason or another.

Last year, the Center for Analysis of Strategies and Technologies published the book Aliens Wars, which primarily notes how enormously the role of psychological support for military operations has grown. Absolutely all armed conflicts are accompanied by massive propaganda attacks in the media.

In June of this year, the North Atlantic Alliance decided to create a cybernetic rapid reaction force of the alliance. “We have reached an agreement on the creation of an alliance’s rapid response team in the field of cyber security,” the NATO Secretary General stressed. “NATO’s common cyber defense system will be operational by the fall.” NATO already has its own “computer fortress” - the Alliance's Cybersecurity Center in Tallinn (Estonia).

In early July, information appeared that the idea of ​​creating an analogue of the American "cyber command" of the Russian Defense Ministry, which had matured for the last one and a half years, would acquire its form in the form of a whole separate branch of troops.

Virtual social communities consisting of volunteers are an ideal form of organizing a modern sabotage and reconnaissance formation for conducting a "guerrilla war" in the information space.

Interesting in this regard is the experience of Israel. The origin of the modern Israeli media strategy is associated with the creation in the office of the Prime Minister of the National Directorate of Information to coordinate the propaganda efforts of all government departments (government, army, embassies and others) and various public organizations. The new management, along with government agencies, has come into contact with bloggers and non-governmental organizations. Official agencies coordinated the activities of volunteers on the information front. The communicative function of social networks has been increasingly replaced by propaganda. A spokesman for the IDF has created its own blog and YouTube channel. The Israeli consulate in New York has opened its own Twitter page.

The positions of military photojournalists who took part in all combat operations of the Israeli armed forces and supply the media with necessary materials were introduced to the staff of combat units. No matter what source of information the user chooses, YouTube, Facebook, Twitter, everywhere he faces Israeli propaganda in the form of information. The Arab world was able to counter the Israeli propaganda mainly hacker attacks. However, according to the journalists of the independent Austrian Internet portal, which collaborates with the Vienna newspaper Die Kronen Zeitung, “non-hackers with their cyber attacks are the key to success in the struggle for public opinion.”

Deputy Prime Minister Dmitry Rogozin considers social networks to be one of the elements of cyberwar, including against Russia. Speaking in the framework of the “Civil University” project in Moscow, the deputy head of the government said that even the State Department is engaged in this kind of things in the USA, where a special department has been created. He added that he had met with the head of this unit, who is actively working "on the use of social networks to achieve the US military goals not by military means."

The propaganda wars in social networks clearly confirmed that the formation of world public opinion is more dependent on bright and visible images created and distributed by volunteers who provide the corresponding content of Internet sites. Today, one TV-picture of the event, transmitted by world agencies and repeatedly replicated by volunteers of media wars, can act as an argument for making momentous decisions.

Ctrl Enter
Noticed oshЫbku Highlight text and press. Ctrl + Enter
We are
Military reform as an integral part of the security concept of the Russian Federation: Systematic dynamic assessmentOn the issue of adaptation of a university student enrolled in the faculty of military training
Military Reviewin Yandex News
Military Reviewin Google News
16 comments
Information
Dear reader, to leave comments on the publication, you must to register.