August 21 2013
55
At the opening of the Innovation Day of the Ministry of Defense of the Russian Federation, the first exhibition 20 of August 2013 in Moscow in August, among other things, the Tiger-MXXN armored vehicle, a famous version of the Tiger-based armored vehicle, was demonstrated. .


The presented Tiger-M2 model is equipped with a new remotely controlled turret (combat module) with a 7,62-mm PKTM machine gun. The combat module was developed jointly by Kovrov Electromechanical Plant OJSC (KEMZ) and LLC "Weapons workshops "(Schelkovo, Moscow region). At the exhibition, both of these developers presented data not only about their own combat module (which can also be equipped with a 12,7 mm Kord machine gun or a 40 mm Balkan automatic grenade launcher), but and about the famous HITROLE Light combat module of the Italian company Oto Melara, which, apparently, is also being promoted by them to the Russian power structures.It should be noted that in the Italian army some of the lightweight armored vehicles Iveco LMV are equipped with HITROLE Light modules. 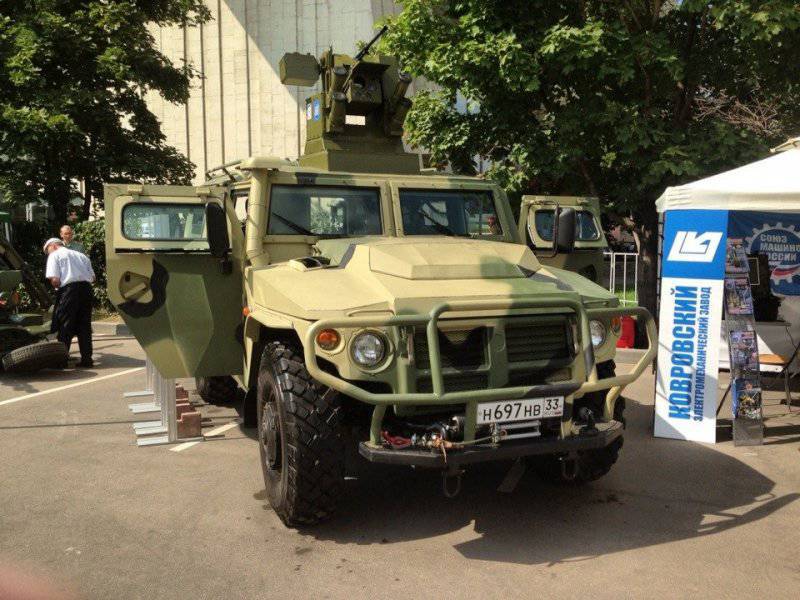 The Tigr-М2 armored car, equipped with a new remote-controlled turret developed by Kovrov Electromechanical Plant OJSC (KEMZ) and Arms workshops, was displayed at the Innovation Day exhibition of the Ministry of Defense of the Russian Federation. 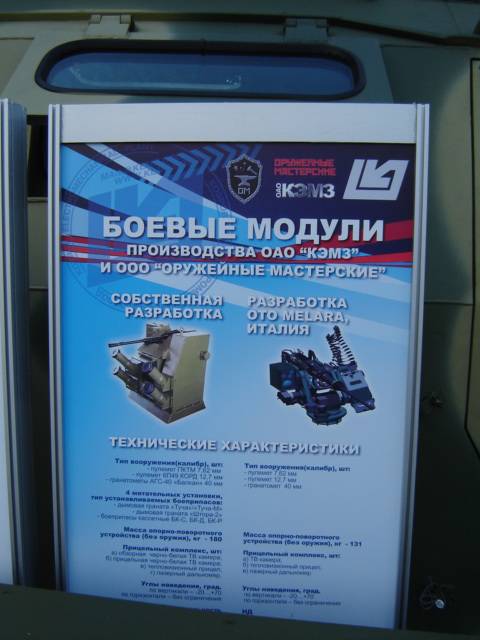 Combat modules offered by Kovrov Electromechanical Plant OJSC (KEMZ) and Weapons Workshops LLC. A poster from the exposition of the exhibition "Innovation Day of the Ministry of Defense of the Russian Federation."