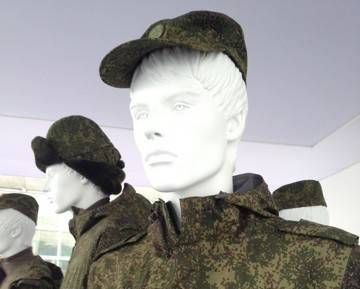 The new Russian “vole” is very similar to the old American BDU uniform, and at the same time, some elements, such as a stand-up collar, a cap, and slant pockets, are borrowed from the modern uniform of the US Army ACU PAT.


Russian Defense Minister General of the Army Sergei Shoigu approved the field uniforms of the new generation and included him in the state defense order. This novelty called "All-season basic uniforms kit" was shown today at the exhibition "Innovation Day of the Ministry of Defense of the Russian Federation".

Shoigu once again examined the novelty and pointed out its main advantage - the principle of layering. Due to this, a set of 23 items provides servicemen with comfortable service in all climatic zones of the country, under different weather conditions and different intensity of physical exertion. 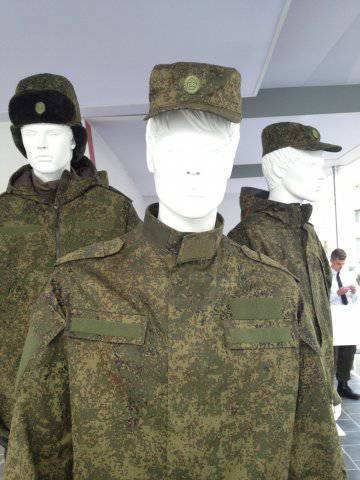 In the production of uniforms, modern materials have been applied, of which short lightweight underwear, a summer suit, a peaked cap, trousers, and also winter uniforms, including shoes, are created. All this fits into the trunk, designed for transporting and storing the kit, ITAR-TASS.

The new uniform for military personnel, presented at the Innovation Days of the Defense Ministry of the Russian Federation, will be purchased by the military, the Deputy Defense Minister Colonel-General Oleg Ostapenko told a press conference following the exhibition. "Those samples that are shown, these samples will be introduced," he said.

According to Ostapenko, a practical approbation of a new form of clothing is being carried out, following the results of which some changes may be made to this form. “What you saw, you will see in the Armed Forces in a wide range in all troops,” added the Deputy Minister of Defense. 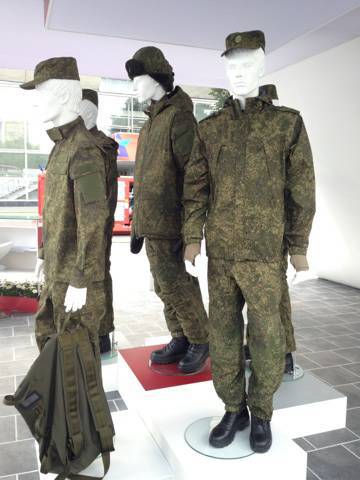 As Daria Borovleva, a representative of the St. Petersburg-based BTK-Group OJSC manufacturing company BTK Group, explained to journalists, "the field uniform of the new generation was approved by an order of the Minister of Defense of June 7 and will be supplied on state defense order conditions." "The developers took into account the basic requirements for field uniforms and footwear. This is the maintenance of heat balance in different temperature conditions, protection from adverse weather conditions, as well as low weight, compactness and durability," the company representative said, adding that the camouflaging properties of fabrics the so-called "digit".

Meanwhile, the military noticed that the new “vole” is very similar to the old American BDU uniform, and at the same time some elements, such as a stand-up collar and slant pockets, are borrowed from the modern uniform of the US Army ACU PAT. Previously, users criticized uncomfortable and too small pockets on a jacket and "not breathing" fabric, consisting of cotton and polyester.

Representatives of the "BTK-groups" have promised to take into account the wishes of servicemen who may arise during the operation of the new set, and promptly correct the shortcomings.

Ctrl Enter
Noticed oshЫbku Highlight text and press. Ctrl + Enter
We are
US Army Opens Field Artillery for Women (reportage in 15 photos)The military began to receive a new field uniform
36 comments
Information
Dear reader, to leave comments on the publication, you must to register.