What is behind the next "trade war" between Moscow and Kiev 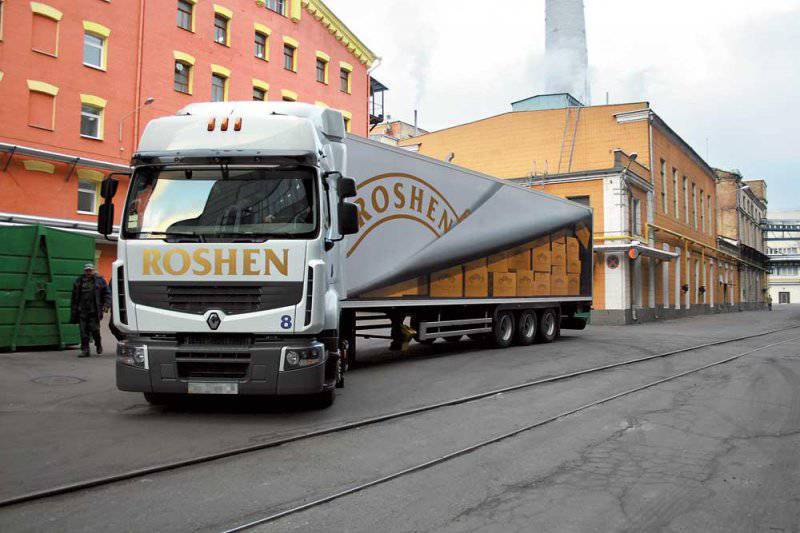 As you know, politics always actively influences the economic development of a country, primarily because it is itself a means of solving economic problems. And the economy, of course, is the material basis of politics. Kiev’s decision to sign an association agreement with the European Union in November of this year is a direct rejection of Moscow’s proposal to Ukraine to enter the Customs Union. Therefore, for Ukraine, Russia's decision to block Ukrainian exports to the country was hardly unexpected. The Russian government has repeatedly resorted to such steps in relation to exports from the countries of the former Soviet bloc with the aim of political pressure on the leadership of these countries. For example, in 2005 and 2006, export restrictions were introduced for Georgia and Moldova. Only wines, water and juices were banned, and not all products exporters of a particular country. In 2012, Mr. Onishchenko demanded that all services tighten control over the Ukrainian agricultural products entering Russia. And in February of the same year, the cheeses of three Ukrainian producers were withdrawn from circulation as inconsistent with the technical regulations of the Russian Federation (the content of vegetable fats was exceeded). Then the list of risky producers was replenished with six Ukrainian milk producers. However, over time, the prohibitions were lifted.

But if then it was a question of certain goods, now from August 14 Russia has made almost all of Ukraine’s suppliers on the risk list. And this means a complete check of cargo at the Russian customs, following from Ukraine.

The fact that the problems of Ukrainian exporters did not suddenly begin confirms the problems with the export of products of one of the largest Ukrainian holdings, Roshen. In the middle of the summer of 2013, the Russian Rospotrebnadzor banned the importation of Roshen products into the country, as violations of the safety and quality of confectionery products were identified. In particular, it was revealed that the rate of organoleptics and fats was violated in the candies of the Roshen company, and in milk chocolate a substance dangerous to human health was found - benzopyrene. For Roshen, restricting the importation of products into the territory of Russia is a significant blow to the profitability of production. Despite the fact that the restriction is valid only for a few weeks, the Roshen company has already been forced to reduce 400 employees, and monetary losses have already reached tens of millions of dollars. And this is only one company’s damage. But problems with customs control now have more than 40 Ukrainian suppliers of products that have long-term contracts with Russia. The delay at the border automatically led to a breakdown in the delivery of products, damage to goods, as well as loss of confidence of Russian customers to their Ukrainian business partners.

Among the organizations whose goods are considered risky for the Russian consumer, and PJSC "Ukrnafta" are a number of chemical, metallurgical and machine-building giants of Ukraine. For them, just as for Roshen, the Russian market is critically important, since it was he who made it possible to earn working capital and maintain the viability of production.

According to the Ukrainian side, a complete inspection of vehicles, including unloading of goods, on the border with the Russian Federation is unreasonable. The Ukrainian authorities are well aware of the volume of economic losses that the country will suffer from a full stop of exports, even for a short time. Thus, according to forecasts of Ukrainian experts, the volume of Ukrainian exports to the Russian Federation in the second half of the year was planned at $ 8,5 billion. Possible damage from the unilateral introduction by the Russian side of the customs barrier of Ukrainian products could be $ 2,5 billion - that is, 30% of the total value supplies. As a result, the deficit of the balance of payments of Ukraine may increase by this amount, the industrial production index will decrease to 8 points, real GDP will decrease by 1,5%. All these indicators can not but have a negative impact on the general economic situation in Ukraine. The politicians and industrialists of Ukraine have already asked for help from Prime Minister N. Azarov with a request at the government level to resolve the situation and convince the Russian leadership to return to the previous scheme of passing Ukrainian goods through Russian customs.

As long as Russia did not enter the WTO, it had the right to independently resolve such issues, but now when a conflict situation arose between WTO members, the clarification of relations may well be brought to the international level. In this case, Russia will have to prove, within the framework of international agreements, the validity of its claims against Ukrainian manufacturers. According to international law, exporters of goods and services whose products harm the health of people and animals, damage the environment, pose a risk of infection or illness of radioactive contamination, etc., are placed at the risk of exporters. Additionally, it is required to verify that Ukrainian suppliers have the necessary package of documents (documentation) and Russian certificates for products that should undergo such a check. In other cases, all problems are solved by mutual negotiations.

The blocking of Ukrainian exports raises many questions to both sides of the conflict. There is hope that Ukraine will not immediately complain about Russia's actions in the WTO, but will take steps to organize and conduct negotiations to solve the problems that have arisen.

But perhaps the conflict is not as extensive as it is represented by the media. One of the Kiev officials, Oleg Ustenko, is sure that not all cargo is blocked at Russian customs. If Russia introduced a complete blockade of cargo, then it was a question of losses equal to 12% of Ukrainian GDP. Ustenko believes that restrictions are unlikely to be valid for a long time. He recalled a similar case in which France restricted the importation of goods from Asia, allocating separate ports for them on their territory. After the intervention of the WTO, France had to lift such restrictions for Asian exporters.

One thing is certain, even short-term blocking of goods will cause huge losses to the Ukrainian side. Small and medium business turned out to be especially at risk - it can not withstand significant financial losses from product delays at customs.

According to the Ukrainian side, some extremist forces that will stop at nothing to “embroil the two fraternal countries” are guilty of creating the conflict. The Russian side is still silent, officials do not give any comments. But it will not take long to remain silent - if it is not possible to reach an agreement at the level of heads of state, the WTO will give an assessment of Russia's actions.

It should be noted that during the celebration of the 1025 anniversary of the Baptism of Russia in Kiev, Putin once again tried to persuade Yanukovich to decide on the entry of Ukraine into the Customs Union. Putin promised Ukraine, in the case of joining the Customs Union, an increase in GDP from 1,5% to 6,5%. For Moscow, this question was so principled that in the event that agreements were not reached, it was ready to incur losses with the introduction of the blockade on Ukrainian goods: for the Russian side, politics is primary in relation to the economy.

On the other hand, how much is enough for the Ukrainian side to keep the economic situation in the country, taking into account the fact that Ukraine has long been living on foreign loans, that is, it exists in debt. The overlap of the export flow in the Russian Federation can be very undercutting the support of the Ukrainian authorities. The export blockade may accelerate the split of the Ukrainian authorities. And it is possible that the economic elite of Kiev and the government lobby for rapprochement with Russia will require the president to integrate into the Customs Union. In this case, Russia's actions aimed at splitting the Ukrainian power elite may prove successful.

Ctrl Enter
Noticed oshЫbku Highlight text and press. Ctrl + Enter
We are
Georgia and Russia: Saakashvili has already faded, but Ivanishvili has not yet begun to shineArmament from the exhibition "Made in Georgia"
Military Reviewin Yandex News
Military Reviewin Google News
225 comments
Information
Dear reader, to leave comments on the publication, you must to register.