In the midst of a scandal involving the case of Edward Snowden - an employee of the CIA and the NSA of the USA, who fled to Russia. According to many analysts, he is the carrier of extremely important information that can seriously harm the public interest of the United States. However, all the secrets revealed by the American fugitive have long been known.

Representatives of the US State Department expressed regret over the refusal of Moscow to hand over a defector to Washington. Barack Obama himself said he was disappointed with Russia's decision to grant asylum to a former CIA agent. In addition, in his opinion, the Russian authorities are sometimes slipping into the rhetoric of the Cold War. The intrigue around the fluent agent of an influential intelligence service will end either with a stream of revelations, as was the case with Assange, or ... zilch.

So what are our partners afraid of, putting at stake for the sake of Snowden, the relations with Russia so hard for the Obama administration? After all, the representatives of the Russian special services officially declared that they did not learn anything new, stunning from the defector. 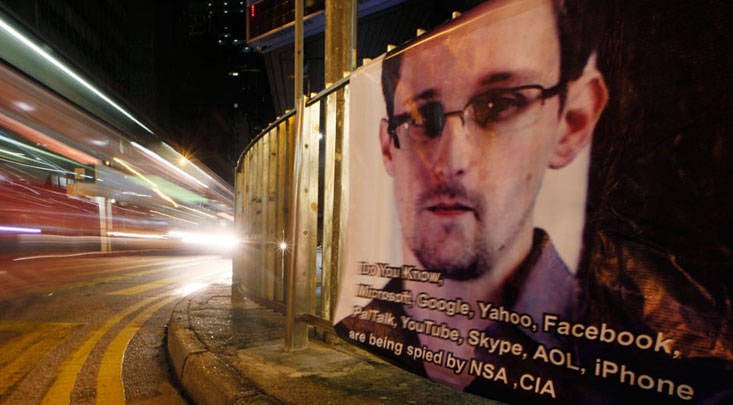 Meanwhile, the real terrible secrets of the Washington court, which can make you seriously think about the existence of a global global conspiracy, in which the United States has a far from last role, are not a secret for a long time and are published in memoirs literature.

This is a fairly well-known work of a former officer of one of the world's strongest intelligence services - the British MI-6, retired colonel John Coleman. After emigrating from the UK, he published several books exposing the plans of the so-called world government. Only one of them has been translated into Russian - the “Committee of Three Hundred”, which has survived in six editions, but in very small circulation (the last is 2000 copies).

What is interesting about this work, which has a much larger bomb than the secrets of Snowden? Materials for her, according to the author, collected over 30 years. Written back in 1992, the book explains to the reader, in particular, the secret mechanisms of the fall of the USSR. And although this repeatedly voiced topic has lost its relevance, no one has been able to refute the existence of such a conspiracy and scenario. However, the collapse of the Soviet Union is a thing of the past. Today, the future of the Russian Federation and the whole world is at stake. Is there an answer to the question: what awaits us in the future? Coleman in his book gives us a generalized forecast of the scenario according to which the world will develop (or rather degrade). Reading today the lines written by the author over 20 years ago, you feel a sense of a certain doom. However, let's give the floor to the former employee of the special services.

Calling the United World Government (UMB) a body controlled from a common center, John Coleman writes about his globalist plans, many of which have come true.

The EMP and the unified monetary system with permanent non-elected hereditary oligarchs who choose leaders (not so much states as international funds and other influential supranational structures. - R.I.) from themselves. In this world, the population will be limited by reducing the number of children per family through disease, war, and hunger, until one billion people all over the world benefit the ruling class in strictly defined areas of activity. 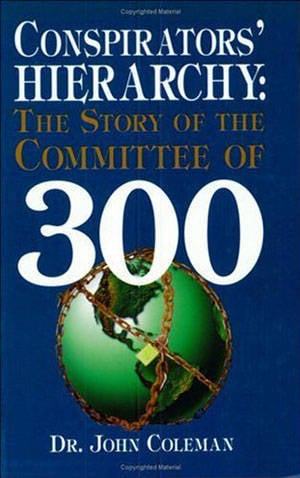 All laws are unified within the legal system of the magistrates ’courts using the same code of laws, which will be followed by the EMP police, and its combined armed forces will enforce the laws in all former countries that will no longer be divided by borders. Who submits and serves the EMP, will receive a reward for living. Rebelled starve or outlaw. Possession of personal fire or cold weapons will be banned.

Only one religion will be allowed - the EMP Church, which began to exist from 1920 onwards. Satanism, Luciferianism and black magic are recognized as legal subjects of study with the prohibition of private or church schools. All Christian churches will be destroyed, and Christianity itself will become a thing of the past.

National pride and race will be eradicated, and during the transitional period even the mention of racial origins will be subject to harsh punishments. Every person is inspired to create an EMP. All people will be given identification numbers, the presence of which can be easily checked. These numbers will be added to the NATO consolidated computer in Brussels, to which all UMB institutions will have instant access at any time.

Marriages will be outlawed, and family life, as we understand it now, will not. Children will be taken away from their parents at an early age to be transferred to the wardens as state property. Women will be corrupted by the constant process of emancipation. Free sex will be forced. Women for offense over the age of 20 years of the established rules will receive severe punishment. After the birth of two children, they will be taught independent abortions, the relevant data will be included in the personal dossier. If a woman becomes pregnant for the third time, she will be forcibly sent to the clinic for an abortion and will be sterilized.

The economic system will be based on the rule of the oligarchic class, which permits the production of exactly as much food and services as is necessary for the functioning of mass slave labor camps. The world will be governed by the executive decrees of the Committee of Three Hundred - UMBs, which will immediately receive the force of law.

Industry will be completely destroyed along with atomic energy systems. Only members of the Committee of Three Hundreds and their elects will have the right to dispose of the earth’s resources, including strictly controlled food production. When these measures begin to bear fruit, the population of large cities will be transferred by force to remote areas, and those who refuse to leave will be exterminated according to the EMP experiment, which Pol Pot carried out in Cambodia.

Euthanasia of the terminally ill and elderly will be made mandatory. The population of cities will not exceed a predetermined level, as described in the work of Richard Kalergi. Skilled workers will be moved to other places if the city where they live is overpopulated.

At least four billion "useless eaters" will exterminate for the 2050 year through limited wars, organized epidemics of deadly fast-flowing diseases and famine. The amount of electricity, food and water will remain at a level sufficient only to sustain the lives of non-elites, primarily white people from Western Europe, North America, and then other races. The population of Canada, Western Europe and the United States will be reduced faster than on other continents, until the total number of people reaches a manageable level of one billion, of which 500 millions will be Chinese and Japanese, elected because they have been strictly regulated for centuries and accustomed to obey the authorities implicitly.

The United States will be filled by people of alien cultures who will finally crush “white” America, people who have no idea what the US Constitution protects. Food and shelter will be their main concern.

There will be no cash or coins in the hands of a non-elite. All calculations will be performed using a debit card with the owner's identification number. Any person who violates the rules and regulations of the Committee of Three Hundreds will be punished by suspending his card for a period of time, depending on the nature and severity of the offense.

Armed conflicts arising from conflicts between rival factions, groups, and nationalities will be supervised by NATO and UN observers. These wars of extermination will not stop until the EMP is established, and they are organized on all continents where large groups of people with ethnic and religious differences live. These contradictions will intensify and exacerbate, and as means of their “settlement”, tough conflicts will be incited and encouraged.

The events unfolding on the site of the former USSR, and the emergence of several independent states united in Russia in the form of a free federation, correspond exactly to what was prescribed. It is easier to cope with the Soviet Union dismembered in this way than with a strong united Soviet people. The outlined plans, which included the dismemberment of the Russian Federation, have now begun to be quickly implemented. The events in our country at the end of 1991 look even more dramatic when viewed from the point of view of long-term planning carried out by the Committee of the three hundred years back in the sixties.

Is it possible that Snowden has some secrets and is ready to shed light on the new plans of globalists? But even in this case, they will change little in the general direction of the vector of world politics, which is being decided, which is less and less doubtful, behind closed doors, where only the elect can enter. Does the Russian leadership know about these plans and secrets of Coleman-Snowden, is it preparing to take countermeasures? Time will tell.