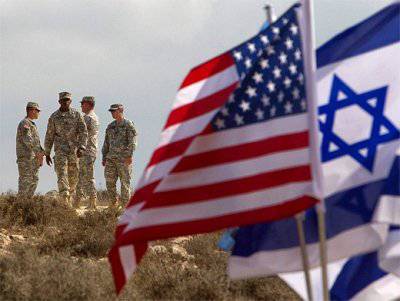 In the framework of the new Israeli-American agreement on military assistance for 2018-2027, the preparation of which began by agreement between US President Barack Obama and Israeli Prime Minister Benjamin Netanyahu, the Israeli authorities are seeking a sharp increase in military assistance, media reported.


Israel is not only concerned about its own security problem due to the ongoing conflict with the Palestinians and the unstable situation in the entire Middle East, ITAR-TASS reports.

The Israeli government’s serious concern is the significant increase in purchases of weapons and military equipment by neighboring countries, including the Arab States of the Gulf region.

This could lead to “the emergence of armies that are comparable in their capabilities with our own armed forces, and raises the question of maintaining our high-quality military advantage,” said the Israeli ambassador to Washington, Michael Oren.

According to him, Israel does not object to the supply of American weapons to other countries in the region, aware, in particular, that if the United States reduces its presence in this market, it will be occupied by other players.

At the same time, the diplomat hopes that in preparing the new agreement, Washington will take into account the need to preserve Israel’s military superiority over Arab countries, as well as the threats to the Jewish state.

Recall that the current 10-year agreement to provide US military assistance to Israel totaling $ 30 billion will expire in 2017 year.

Ctrl Enter
Noticed oshЫbku Highlight text and press. Ctrl + Enter
We are
"Army games 2015". Opening with our eyes. Reportage
13 comments
Information
Dear reader, to leave comments on the publication, you must to register.