August 22 2013
89
Recently, the media overflowed with reports of true indicators of the public debt of the United States of America. The press quoted statements by Professor Kotlikoff, a former economic adviser to Reagan, and Professor James Hamilton of the University of Economics of California. Then on “Hvile” appeared the analytical material of Alexander Rogers, also related to the American debt. The information was also updated that the Germans, who had demanded their gold from the Fed’s basements, were left with a nose: there were allegedly ingots, but for some reason they would remain in the United States. A bit earlier, in July, a respected comrade made a sensational statement on the topic of American gold: William Kay, manager of the Hong Kong hedge fund, who worked for Goldman Sachs for a quarter of a century.


The German Federal Bank demanded the repatriation of its gold stored in the basements of the US Federal Reserve, but the US central bank decided not to give away the gold to Germany. The correspondent reported on the rising wave of distrust towards the dollar against this background. "RT" Gayane Chichakian.

But Germany stores in the US Central Bank about half of its gold reserves.

And more and more often you can hear that the Fed has not so much gold: it is either sold out, or loaned, or used as a financial guarantee. 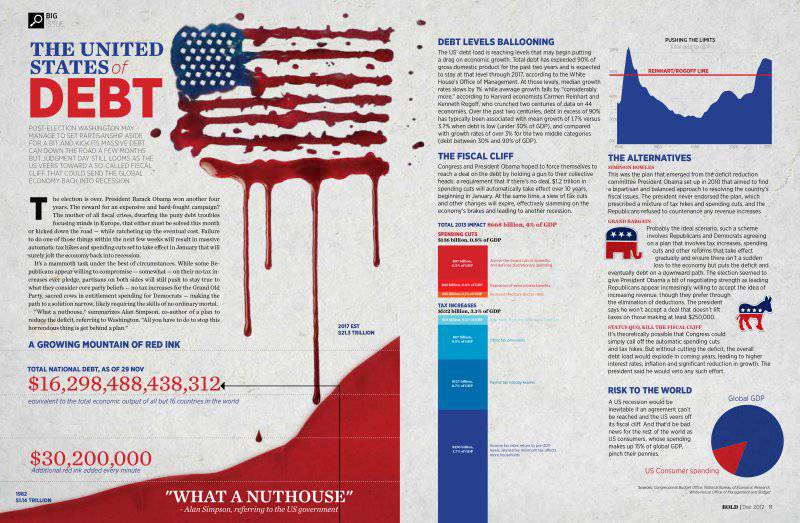 Hong Kong hedge fund manager William Kay, who worked for Goldman Sachs in mergers and acquisitions for a quarter of a century, spoke about the missing gold of the Fed and Germany. Eric King wrote about this in his blog (King World News; source of translation - Mixednews.ru).

Kay explained to the interviewer that the gold was leased to China. This was recognized by the main central banks - the Fed, and the European Central Bank, and the Bank of England. All of them are involved in the wholesale leasing of gold to the market.

Here is a description of this “leasing” practice: the Fed contacts its agent, usually JP Morgan, less often Goldman Sachs, and they say, “OK, the price of gold should be limited, here are 20, 30, 40, 50 tons of gold, which we give you for rent as your agent. But theoretically we can call him back. ”

Practice differs from this theory in that the ones named “JP Morgan” and “Goldman Sachs” simply sell the resulting gold on the market. These banks in operations with precious metals occupy mainly short positions in gold, benefiting from lower prices, Kay said. And the Fed says: “... well, we still have a contract, according to which, in theory, we can withdraw gold. So, in official documents, we’ll let you know that we still own it. ”

“But in reality, gold was sold on the market. This gold moves to places like Beijing. But before you get to Beijing, it often passes through Hong Kong. And there it goes to our processing contractors, to the very people we deal with. And by the way, Eric, maybe we own the gold that Germany considers its asset. But Germany will never see this gold, because it is safely stored in my account (s) for our investors at Hong Kong International Airport.

This gold, which at the time of arrival in Hong Kong could be a symbol of the Bundesbank, a leading processor, one of the largest in the world, working with the People’s Bank of China, certified: “Yes, we received gold that we can deliver. We melted it, we determined the sample. Perhaps it was the sign of the Bundesbank on admission, but now it is melted. This is 0,9999 (pure) gold. ”

Gold Fed, which the Americans consider their own, has left. German gold, about which the Germans said they would take it away after seven years, is not at all in the Fed. It is anywhere: at the People's Bank of China, at the Reserve Bank of India, at the Russian Central Bank.

Now, concludes Comrade Kay, the Fed and the US Treasury, "probably have nothing."

The US national debt has reached incredible levels. According to official data, its size is close to 17 trillion. dollars, but experts believe that the debt is much more.

Professor Kotlikoff, a former economic adviser to President Reagan, believes that the situation is much worse: according to his calculations, we are already talking about 211 trillion. dollars, which is similar to the cost of Apple's 500.

The number of seventy trillions was calculated by the staff of the Economic University of California (San Diego). The conclusion is that the United States has accumulated more than 70 trillion. dollars of national debt, in the course of the study came Professor James Hamilton.

According to official figures in Washington, the channel said "RT"since the beginning of the 2008 crisis, the US national debt has grown from 5 trillion. $ to 16 trillion $. Every year, taxpayers are forced to cover interest on debt in the amount of 220 billion.

Where are such terrible debts? It turns out that five years ago, the US Fed pumped the economy with money and bought a lot of assets. This was called long-term budget support. It was supposed to lower interest rates in this way and attract investment in the economy.

Of course, the amount of debt grew every year. Now, the Congressional Budget Office estimated that only interest on debt in the 2021 year would exceed government spending on the military needs of the 2013 year.

James Hamilton does not understand how the authorities managed to conceal these huge sums. The US state debt consists of the debts of states, corporations and individuals, future social benefits, etc., in general, all the money that the federal government owes to all creditors.

Network economic publication for investors "Market Leader" clarifies that the bulk of US public debt comes from the Medicare medical program (approximately 55 trillions of dollars).

The opinion of Stanislav Mashagin, the head of the Personal Strategies management company, which is quoted by the Market Leader, is interesting. The expert believes that the States themselves order the music, because their commitments are expressed mostly in US dollars. For example, Warren Buffett argues that the US government cannot go bankrupt, because it can print dollars to cover liabilities in dollars.

On a popular resource "Wave" A large article by Alexander Rogers appeared, giving a general picture of what is happening in the USA today.

The US national debt is about 16,9 trillion dollars, the author notes, and the US GDP is officially equal to 15,85 trillion. The ratio of debt to GDP is about 106,6% (for “located in a deep hole of Ukraine,” the analyst compares, a similar ratio is about 90%).

In terms of per capita US national debt is over 53400 dollars, and for every taxpayer, you get 148 thousand dollars. Meanwhile, the annual income of the average American - 33 thousands, with a downward trend.

Along with this, in the USA a “parade of defaults” begins at the levels of cities. In addition to Detroit, over 450 US cities go to bankruptcy by a direct route. Among them: San Diego, Providence, Long Beach and even Los Angeles. "Parade" can take place in the autumn of this year and in 2014 year.

Further, the author moves to American companies. More precisely, to the largest corporations.

Over the past two decades, approximately 43 thousands of manufacturing companies, or three-quarters of the entire industrial potential, have been withdrawn. All this has gone to the countries of the so-called "Third World". Steve Jobs, who once participated in the congressional hearings, to the question "Is it possible to return Apple production from China to the USA?", Said that there is not enough technological base in the USA for this.

Lockheed is bankrupt. "Boeing" on the verge of bankruptcy and massive layoffs. “Hewlett Packard” - the loss of a significant part of the market and mass layoffs (but the CEO did not forget to write out a bonus of 250 million for “effective management” to herself. General Motors survived only at the expense of huge financial injections at the expense of the state. And these key industries only reflect a general depressing picture in the American economy. ”

Alexander Rogers believes that the United States is an "advertising poster of a liberal market economy." Behind the “bright candy wrapper” there was “a rotten filling”.

“Credit stimulation (there are no other ways to stimulate production in the market system) is a kind of drug that gives a temporary rise, followed by an inevitable decline. This happens everywhere where “marketers” take over - in the USA, in the EU, in the developing countries that have fallen under their influence. In particular, we can observe the collapse of industry in the countries of the former USSR that have undergone liberal transformations. ”

And every day it becomes harder to harbor illusions about the American market well-being, the author notes.

The analyst is outraged by the fact that many Russian economists, including the “first-class” ones, say that Europe is recovering from recession, and the United States has completely come out of it. More recently, “one unrecognized genius” stated that the US is already rising by 3,5% per quarter. The author points out that this is “the uttermost bullshit”. Corporate reports in America - "solid linden." Here is an example: the Enron company forged corporate reporting, and then collapsed in one day. And today, virtually any American company on Wall Street, the journalist notes, forges his papers - in order to show income. (Otherwise the stock will collapse!)

Thus, the United States has recently been actively engaged in either printing their green candy wrappers (this printing is their main production), or presenting what they want for the real (and this is their service industry). In inflating financial and other bubbles, they have long become the greatest experts. As for what Mr. Jobs used to say to Congress, it’s not just the technological basis, but also the competition and the super profits that corporate owners are used to getting. In this sense, from “Apple” is no different, for example, the corporation “Microsoft”. Pick up at least a computer mouse, released under this brand - and you read on it: "Made in China".

Observed and commented on Oleg Chuvakin
- especially for topwar.ru
Ctrl Enter
Noticed oshЫbku Highlight text and press. Ctrl + Enter
We are
Results of the week. Independence decorationGeopolitical mosaic: Russian intelligence services are moving from computers to typewriters, and gold has run out in the basements of the US Federal Reserve
Military Reviewin Yandex News
Military Reviewin Google News
89 comments
Information
Dear reader, to leave comments on the publication, you must to register.